My youngest son has a drug acctiction and I've tried I to help him he's is homeless and I greive everyday for him and worry I won't enable him anymore and at a loss  as how I can help him or myself this difficult process.

Hi Karen..I am new to this forum and seeing your post. How are things with your son?

@ToniS570313 I too was told the same thing when i dealt with my ex- wife's drug abuse. Took a while to understand that He meant I was coddling her instead of giving her tough "love". After 3 hard years she got cleaned and sober but the strain on our marriage was too hard to overcome and we divorced. 22 years later she's still sober.

@KarenB402054 Hi hope you're doing well and sorry to hear about your youngest son. Drug addiction is and will always be his hardest fight in his life. Unfortunately its up to him to stop and change. You can help yourself by finding a support group people who are going thru the same thing as you are. Stay positive and don't lose hope. 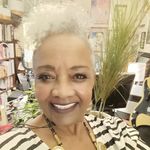 Yes Mr. Oscar that is a good suggestion.  I joined a support group to help me with my ex-husband.  That is where I learned I was an enabler.  When the facilitator first said I was an enabler, honestly I wanted to cuss her.  Because I felt like I was only doing what you do for someone you love and care about.  In time, I came to understand exactly what she meant.

I was married to someone who was addicted to Crack.  I did everything I could to support him and to get him to change. He made all kinds of promises.  Finally, I had to walk away.  He disappeared for a while, I assisted his parents by paying his pass due rent and moving all of his things into storage - I think I paid the first 3-6 months of the storage and informed his parents that if he didn't show up by then they would have to decide what they wanted to do with his belongs.

I remember, I had a breakdown the day I packed and move his belongings.  Had it not been for a few of my wonderful, beautiful friends I would not have made it through that day.

Interesting, his mom blamed me for his addiction. I guess she had to blame someone. Little did she know (neither did I) he had been doing this since college at Cal Berkeley. One of his professors introduced him to the drug.  Imagine that.

After about a year or so his mom got in touch with me and she apologized. I really didn't have to do what I did to assist and I hadn't even seen drugs before (up close and personal) let alone used them. I wasn't upset or angry with her - I understood her pain, it was my pain too.

Anyway, he finally got himself together and I believe he is still doing well. So it is possible for a flower to grow out of the concrete. It has been proven time and time again. Don't loose faith. Know that you have done all you could do up to this point.  It is now up to him.

Said all that to say, sometimes even though it is hard, you have to walk away and allow them to figure it out on their own.  I did everything from intervention to acting as a watch dog.  However, when my ex-husband made his life change it was because he wanted to. Not because I forced him to.  I had nothing to do with it.

Please, don't be hard on yourself. I know, easier said than done.  I'll be praying for you and your son.  Stay strong.

Our Daughter was in the Air Force and started using drugs.  The AF eventually discovered it and she was given a temp discharge of 5 years to get clean and straight.  She refused to get lean, and ended up on the streets of Denver for about 6 years!!  (winter was very, very cold!!!!)  We did not take her in, we had both kids, we did not give her money, she ended up in jail a couple of times, then finally in the VA hospital.   She could not return to the AF, so she was discharged.

It was hard on us, because she is an only child, and we so wanted her life to be wonderful!!  But we knew, no matter what our dreams were for her, she had to live her OWN life!

We are so proud of her, she has overcome a lot and has stepped up for herself !!!

As parents we just have to hang in there and keep praying for them.

9 Kudos
7,806 Views
0
Share
Report
Reply
Turn on suggestions
Auto-suggest helps you quickly narrow down your search results by suggesting possible matches as you type.
Showing results for
Show  only  | Search instead for
Did you mean:
Users
Need to Know