What happens when company stays longer than expected ? 🐱🐈🐶💳😉

What happens when company stays longer than expected ? 🐱🐈🐶💳😉

All of have been through a tough point, when there was a close friend or family member who took someone in. Sometimes it's weather or car trouble . I have had some for a summer , a month , a few years and it's tougher on the Holidays to feed everyone. It's not with coupons , extra help , they might do dishes and when you are alone you realize I'm cutting the grass now. The help was nice . I am glad when there are many in their own spaces , but the rule of thumb is sometimes make lemonade out of lemons. I have too many leftovers now. My eaters moved away.

1. Get together on how everyone can pitch in.

2. Use your coupons and left overs .

3. Keep in touch with your guests .

God never gives you more than you can handle. 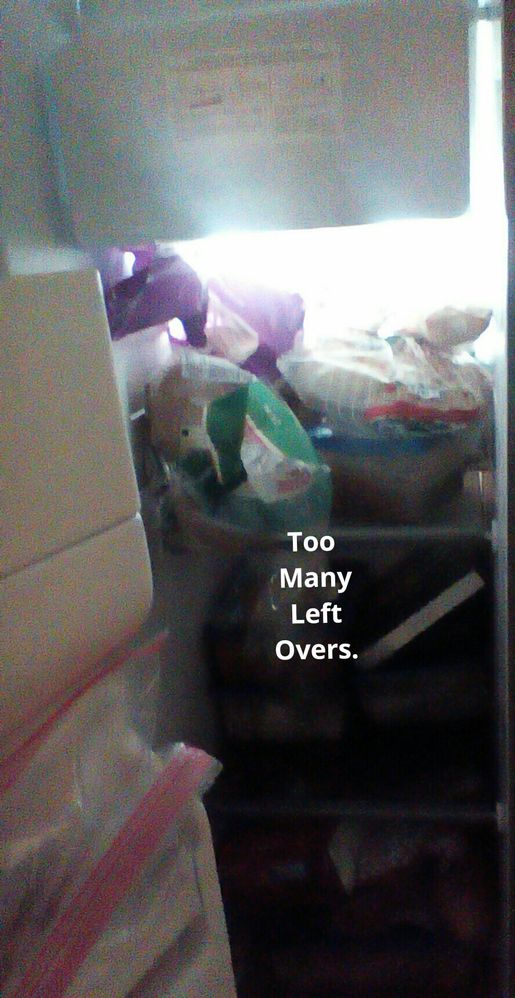 Dear One; There is a difference between company and boweevils/snakes & users. Because of my situation over 38 years ago ( Divorce ) I moved to Indianapolis, In with three children V-19, R-14 & JB-6. I knew a few people who were exceptionally good to us. 1. most unlikely, the management in a hotel who let me stay a day extra when I couldn't pay. " I later learned many years later that the hotel was in the business of prostitutions. I nor my daughters were approached. 2. We got a cab and went to the Greyhound bus syation and spent the night there. The next morning I got up early, wshed and dressed and walked to the city market( that was when it was a real market and spent my paper food stamps wisely. Buying breakfast. That was when you got change back and I needed som change. Before I left my home town, I stayed with a old and dear friend who had 5 children but opened her home up  for me and my children. She also told me to " spending your food stamps, you will need them for when you get there". So true. We got dessed and ate and caught a city bus, I was headed one place but it had been so long that I forgot how to get there. But as we were returning, I saw a street I recognized and we got off the bus and ended up at a friend's home I had met before. We spent the night there and the next morning she called her parents who opened up there home to us. They stopped by the bus station to get our belongings which were in lockers except for one big box and it was still there. The only stipulation was that I buy my own food and after a while that we only take baths twice a week. Wash up the other days. Yes, my friend was right at every turn.  I enrolled my two youngest in school and went to the un-employment office where I got a job a temporary job as a custodian in a local hospital that lasted 4 months. I was then told about a aprtment that the lady's brother had on the other side of  town. I moved were the rent was $85 a month. Utilities included. One bedroom. We slept on pallets on the floor until I could afford furniture which came from Goodwill. The day the temporary job ended ( 2 days before Christmas ) a friend I had made took me shopping and bought Christmas dinner and tree with trimmings. My son was the only one getting a present which I had put in lay-a-way ( that was when they had REAL lay-a-ways). Someone from the job knocked on my door and gave me moneyfrom the people I worked with. The person comiserated with me about the empty house to the point we both were crying. She apologized, and stated that my situation reminded her how it was when she first moved here. She offered me a job, showed me her car and stated that she would be back to pick me up. It was cleaning offices at a downtown building. We have a lot in common; We were both from ky( different regions). We both were New Year babies. and escaping from an anusive relationship. When the school my son was attending found out that he had moved across town ( my oldest daughter caught the bus and took him to school staying at the home we had left and bringing him home) they let him finish out the school year but the school he was assigned to go to was not a very good choice( so they tell me). But again, God intervened and I move across the street and he was in another township. I stayed there for 17 years until again God blessed me to buy a home that is paid off. The point I am making is that I have always opened my home to many ( family, friends, love ones, strays, and even that ex-husband) because of my experience. But , now I have closed my home down and also closed Granny's savings and loan because people are not appreciative nor wanting to do better. I finally wrote letters to the two adult grands that was living here(been here multiple times and still no progress ) with an ultimatum to leave the premises. I figured out that I was enabling them to not want to do better. The thing that is peculiar/funny is that I am a retired social worker MSW wwho worked with people just like my grands and couldn't see the forest for the trees. YES, they are doing great. This is what happened when family came and stayed not only too long but also disrupting the home. PS, the ex occupied a spare room in this home and is now in a nusing facility , and yes it is until death do we part. I have power of attorney. Could he have come in 1980 NO, 1990 No he made it in 2009. He asked to come and be with his family. How could I say NO.

0 Kudos
2,431 Views
0
Share
Report
Reply
Turn on suggestions
Auto-suggest helps you quickly narrow down your search results by suggesting possible matches as you type.
Showing results for
Show  only  | Search instead for
Did you mean:
Users
Need to Know