Skills Builder for Work helps you gain in-demand skills that could give you an edge in today’s job market. Try it today. 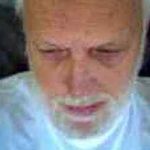 I'm approaching the two year point after a lifetime of dental problems and deciding to get removable dentures on implanted posts and it has been a miserable time.

As a "techie" it's obvious to me that the foundation of the problem is that the five implanted posts in my jaw don't match the five sockets in the lower denture spatially.  After seating the denture as far as possible, it's possible to "rock" the denture and feel individual retention rings on one side release and others on the other side seat.

This seems to clearly indicate that the five posts, which probably align in the horizontal plane, don't match with the sockets in the vertical plane.

After over $65,000 I'm now on my second dentist and while the second one is better, neither seem to have any method to create a 3D visualization that would show how the two sets do not align properly.

We are in the 21st century and the lack of this ability to quickly and accurately compare the mating surfaces in three dimensions seems incomprehensible.

Does _anyone_ have any information where I can search for a resolution to diagnose this problem?

Thanks in advance for any hints and guidance.

Hi and yes there is 3D using CAD/CAM but before I get to that I understand the frustration with dental care as a person who didn’t get the good teeth DNA. So let me understand and there are terms which are used interchangeably yet are not and different meaning. So Terminology first:
1. Implant: the titanium core often called screw (not a Post)
2. Prosthetic: often called a Cap or Crown, which attaches to the portion of the Implant above the gum line
3. Denture: can be fixed or permanent or removable; often involves more than one tooth
4. Bridge: also called partial; can be called Fixed, Permanent or Removable; often 1 or 2 teeth; hence the name a bridge from one to another tooth
Regarding your terms:
1. “The five implanted posts in my jaw don't match the five sockets in the lower denture spatially”
Question: are you saying the Upper Crowns (the white part) which are seated upon Implants do not mesh, align, and meet up with the lower denture?
2. “Individual retention rings”
Question: is this a removable denture or a removable bridge
3. “five posts, which probably align in the horizontal plane, don't match with the sockets in the vertical plane”
Question: regarding ‘posts’ do you mean the upper Implants (which have Crowns) do not mesh with the lower denture (what do you mean by “sockets”)?
All that aside, what I think you wrote and what I think is happening here is Not an issue with the Implants. The problem is the upper Implant Crowns and the lower jaw and how they have the Bridge connected to the Crown itself or if you have a Denture it’s how the bottom Denture meshes with the Implant Crown. It is not the Titanium Implant Core and that is a very good!
The problem is with the Dental Lab who fabricates the Crown and the Bridge or Denture; Not so much the Dentist. Clear communication using dental terminology to express yourself would help immensely, know your teeth numbers, write your questions, concerns down, I do and call it my “dental wish list” –my dentist gets a kick out that.
The issue seems to be the Dental Lab the Dentist chooses to use to create your Prosthetic Crown portion and the Denture or Bridge whichever one you have. Of course so very important your Dentist takes excellent impressions as that is what the Dental Lab uses to create the Prosthetic. So is your Dentist taking excellent impressions? You should ask your Dentist to do another impression and I would hope the Dentist and Dental Lab do this without any cost.
Otherwise I would suggest you go to The American Board of Prosthodontics Diplomate

(https://www.abpros.org/) find yourself a Board Certified Practitioner.
This is what my Board Certified Prosthetic Dentist uses and I took this off his page: “
“3D digital scanning (intra oral scanning) using CAD/CAM camera technology to take an image of the tooth without the need for an impression or mold…reduced chair time and better dental restorations. If you would like his name PM and I will gladly provide it. He did two implants and they are great!

Thanks for the knowledgable response... appreciated.

Educating patients about the proper terms is apparently not part of my huge (uninsured) dental fees... I tried to learn anyway, but...

These are removable dentures, seven "caps" (sockets) on the upper denture and five "caps" on the lower denture... "caps" is the dentist's term ...I personally think sockets are a better descriptor.

First, the issue was finally resolved by the second dentist... and, but the time I got back in the chair, job one was to communicate the impact of the mismatched mounts to the quality of life and present solid evidence of the major problem which had not been acknowledged up to that point.

Numbering the "caps" from left to right 1-5, after an hour of discussion and demonstrating the right rear to left front tipping motion with caps releasing with minimal pressure after the denture was seated (partially) an "educated guess" was made that cups 2 & 4 were too low.

He then took a circular saw tool and removed those two caps, then after deeping the empty holes in the denture, he snapped the removed caps onto posts 2 & 4, put glue in the holes snapped the denture on the remaining 3 posts and we waited while the glue set.

When the denture was removed, fortunately, the glue held (which it didn't on a prior attempt and I glued the cap in myself with JB Weld epoxy ...which held for the next three months ...and is still holding)

When the denture was then snapped back in place, both I and his assistant knew immediately from the sound of the posts seating that a major improvement had been accomplished... only took two years!

Us dumb uneducated patients are assumed to know nothing and, therefore not expected to be part of solutions.  Things like the terminology need to be clear or discussed and worked out if not and assumptions made that patients need to be an active part of the process... without making an issue of wrong terms being used.

It's impossible to describe the misery that I was in for the two years prior to that "snap"  I used to enjoy a good meal, but I don't think I ever will ever do so again ...even with the seating problem resolved.  As bad as things were before the decision to go to dentures was made, I wish I had never made the decision to do this.

0 Kudos
2,182 Views
0
Share
Report
Reply
Turn on suggestions
Auto-suggest helps you quickly narrow down your search results by suggesting possible matches as you type.
Showing results for
Show  only  | Search instead for
Did you mean:
Users
Announcements