The Medicare open enrollment deadline is Wednesday! Find out more. 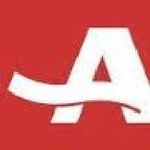 BRIEF OVERVIEW:  The AARP AARP Rewards Fall Fitness Foto Contest 2021 Official Rules (“Contest”) takes place between October 18, 2021 at 9:00 AM Eastern Time (“ET”) and all entries must be received no later than November 7, 2021 at 12 PM ET (“Promotion Period”). More specific details are stated below.

1.  ELIGIBILITY: The Promotion is open to all legal residents of  the fifty (50) United States/District of Columbia, who are at least 18 years old as of the date of entry, except officers, directors, and employees (and members of their household and immediate families, i.e.,parents, children, spouse, siblings) of  AARP (also referred to as “Sponsor”), its subsidiaries, affiliates, advertising/promotion agencies, and/or their affiliates, assigns or representatives (hereinafter referred to collectively as “Sponsor & Others”), and all other persons or entities associated with the development, administration, promotion, execution of, supply to or printing of this Promotion.

Prize Contest: To enter the Contest, log in to your AARP account and visit AARP Rewards Connect forum https://community.aarp.org/t5/AARP-Rewards-Connect/bd-p/AARPRewardsConnect between October 18, 2021 at 9:00 AM Eastern Time (“ET”) and all entries must be received no later than November 7, 2021 at 12 PM ET.  Entrants are responsible for determining the appropriate beginning and ending times in their respective time zones. To enter the contest, participants post a fitness photograph that is relative to the fall season in the AARP Rewards Connect forum.

Selection of Prize Winners (“Selected Winner”): On approximately Friday, November 26, 2021 at approximately 2pm ET, a winner will be selected by a panel of three (3) Judges, appointed by AARP.  Winners will be selected from all entries received each week throughout the Promotion Period. Judges will evaluate entrants based on the following criteria:  (i) creativity (30%); (ii) originality (30%); and (iii) alignment with the overall theme (40%).  The potential winner will be chosen at the sole discretion of the Sponsor and the Sponsor’s decision is final. In the event of a tie, the entry with the highest score in the category of “alignment with the overall theme” will be selected as the potential week’s winner.

Prize.   Top five (5) Winners will receive a $50 VISA gift card and all participants will receive 50 AARP Rewards Points.   Sponsor reserves the right to seek an alternate potential prize winner in the event that the individuals originally selected are disqualified, at Sponsor’s sole discretion. Prizes are non-transferable.  No prize substitutions allowed, except that Sponsor reserves the right, in its sole discretion, to substitute a prize of equal or greater value. Prizes may not be sold, bartered or exchanged by the winner.  All details of any prize not specified herein shall be determined solely by Sponsor. By accepting a prize, winner acknowledges compliance with these Official Rules. All federal, state, or other tax liabilities arising from this Event are the sole responsibility of the winner.  In the event of a tie, tied entries will be re-judged based on the same criteria listed above and a Winner will be determined by Sponsor in its sole discretion. Entrants agree to the Official Rules and to the decisions of the Judges, which shall be final and binding in all respects.  Award of a prize to any winner will be subject to verification of that winner’s eligibility and compliance with these Official Rules.

Notification: Winner will be notified via email on or about 48 hours after chosen, using the email provided on the AARP Online Community profile. The Winner must email community@aarp.org within Three (3) days of notification to claim prize.  The return of any prize notification message or document as undeliverable will result in disqualification of the applicable winner, the forfeiture of his or her interest in the prize and the selection of a substitute winner with the next highest score.

Prizes: If the actual retail value of the Prize differs from its stated ARV, the Selected Winner will not receive the difference in value for the overall prize consisting of a $50 gift card Limit: Only one (1) prize per individual. Winner will receive the Prize within [Ten (10)] days of being confirmed as the winner. Odds of Winning: The odds of winning depend on the number of eligible entries received, and the Judge’s evaluation of said entries.

Submission Requirements: Ineligible posts include posts that are unresponsive, as well as those that are, in whole or in part, threatening, abusive, harassing, defamatory, libelous, hateful, embarrassing to another person or entity, deceptive, obscene, invasive of another's privacy, tortious, contains racial slurs, or contains explicit or graphic descriptions or accounts of, sexual acts, or is not within the spirit of the Name TBD, as determined by Sponsor in its sole discretion.

No software-generated, robotic, programmed, script, macro or other automated online or text message submissions are permitted.  The odds of winning the AARP Online Community Rewards Leave a Tip Contest depend on the number of eligible entries received and the skill of the entrants.

Prize Limit: An individual, including a member of his/her household, regardless of email address used, may only win one (1) Prize throughout the Promotion Period. Prizes are not transferable or substitutable except by Sponsor with one of equal or greater value. Sponsor is not responsible for any Prize Recipient’s inability to utilize her/his prize. All federal, state and local taxes are solely the responsibility of the Prize Recipient.  Additionally, at the sole discretion of the Sponsor, disqualification, forfeiture and the selection of an alternate Winner of a Grand Prize may result from any of the following: (a) a potential Winner’s failure, upon request, to provide Sponsor with satisfactory proof of age, identity, residency, and/or eligibility; (b) a potential Winner’s failure to accept or utilize the Grand Prize as provided herein; or (c) any other non-compliance, as determined by Sponsor in its sole discretion, with the Official Rules.

4. LIMITATIONS OF LIABILITY: Sponsor & Others are not responsible for interrupted or unavailable network server or other connections; for miscommunications; failed telephone, computer or electronic transmissions; for jumbled, scrambled or misdirected entries or transmissions; for phone, electrical, network, technology or computer hardware or software or program malfunctions, failures or difficulties; or any other errors, omissions, interruptions, or deletions of any kind, whether human, mechanical or electronic; or for non-receipt of any entry regardless of the cause of it not being properly received by Sponsor. Sponsor & Others are not responsible for illegible, unintelligible, late, lost or stolen entries; for incorrect or inaccurate entry information, whether caused by Internet users or by any of the equipment or programming associated with or utilized in the Promotion; or for any technical, printing or human errors which may occur in the receipt, non-receipt or processing of any entries, Tickets or Ticket stubs in the Promotion. In no event will Sponsor award more Grand Prizes than are stated in these Official Rules. Persons found tampering with or abusing any aspect of the Promotion, as solely determined by Sponsor, will be disqualified and may be subject to prosecution. Any person attempting to enter using multiple email addresses, multiple identities or any other device or artifice to enter multiple times or to interfere with the proper play of the Promotion will be disqualified from participation in the Promotion. If, in the judgment of Sponsor, the Promotion is compromised by viruses, bugs, non-authorized human intervention or other causes beyond the control of Sponsor, which or may corrupt the administration, security, fairness or proper play of the Promotion, Sponsor reserves the right, in its sole discretion, to modify, discontinue, suspend or terminate the Promotion and proceed to select potential Winner in a manner it deems fair and reasonable.

SPONSOR & OTHERS MAKE NO WARRANTIES OF ANY KIND, EITHER EXPRESS OR IMPLIED, INCLUDING, BUT NOT LIMITED TO, IMPLIED WARRANTIES OF MERCHANTABILITY, FITNESS FOR A PARTICULAR PURPOSE OR NONINFRINGEMENT AS REGARDS ANY PRIZE OR ANY COMPONENT OF ANY PRIZE.  SOME JURISDICTIONS MAY NOT ALLOW LIMITATIONS OF EXCLUSION OF LIABILITY FOR INCIDENTAL OR CONSEQUENTIAL DAMAGES OR EXCLUSION OF IMPLIED WARRANTIES. CHECK YOUR LOCAL LAWS TO LEARN IF ANY OF THE ABOVE LIMITATIONS OR EXCLUSIONS MAY NOT APPLY TO YOU.

5. PRIVACY POLICY: Any personally identifiable information collected during an entrant's participation in the Promotion will be collected by Sponsor and used by Sponsor in accordance with Sponsor's Privacy Policy as such is stated at http://www.aarp.org/about-aarp/privacy-policy/

6. PUBLICITY AND INTELLECTUAL PROPERTY RIGHTS: By accepting a prize, each Prize Recipient agrees to allow Sponsor and/or Sponsor's designees the perpetual right to use his/her name, biographical information, photos, videos and/or likeness, and statements for promotion, trade, commercial, advertising and publicity purposes, at any time or times, in all media now known or hereafter discovered, worldwide, including but not limited to on the World Wide Web and Internet, without notice, review or approval and without additional compensation except where prohibited by law.

Entrants grant the Sponsor all rights of ownership, reproduction, and use of entries for any purpose whatsoever without compensation or further permission, including but not limited to an irrevocable and perpetual, royalty-free, worldwide right, in all media (now known or later developed) to assign, use, publish, edit, adapt, modify, alter, reproduce, distribute, display, copyright, create derivative works or otherwise exploit entries, for commercial or non-commercial use, and without compensation to the Entrant. By entering the Contest, each Entrant waives any and all rights he or she may have to his or her Entry. To the extent Entrant has any rights in the Entry; Entrants assigns all such rights to the Sponsor by entering the Contest.

7. GOVERNING LAW: Issues concerning the construction, validity, interpretation and enforceability of these Official Rules shall be governed by the laws of Washington, DC.

8. RELEASE:  By participating, each entrant releases and agrees to indemnify and hold harmless Sponsor & Others from and against any and all costs, claims, damages, or any other injury, whether due to negligence or otherwise, to person(s) or property (including, without limitation, death or violation of any personal rights, such as violation of right of publicity/privacy, libel, or slander), due in whole or in part, directly or indirectly, to participation in the Promotion, or arising out of the receipt, use or misuse, or enjoyment of any Prize.

9. GENERAL:  By entering the Promotion, entrants agree to abide and to be bound by these Official Rules and the decisions of Sponsor, which shall be final in all matters pertaining to this Promotion. Void outside of the fifty (50) United States/District of Columbia and wherever prohibited or restricted by law. All federal, state and local laws and regulations apply. Entries become property of Sponsor and will not be returned.

AARP is a trademark of AARP Non-Profit Corporation, D.C.  These Official Rules may not be reproduced or reprinted in part or in their entirety without the express prior written permission of AARP.

THIS SWEEPSTAKES IS IN NO WAY SPONSORED, ENDORSED OR ADMINISTERED BY VISA, OR ASSOCIATED WITH VISA, BY ENTERING, ENTRANTS AGREE TO RELEASE VISA FROM ANY LIABILITY RELATING TO THIS SWEEPSTAKES.

0 Kudos
2,680 Views
0
Share
Report
Reply
Turn on suggestions
Auto-suggest helps you quickly narrow down your search results by suggesting possible matches as you type.
Showing results for
Show  only  | Search instead for
Did you mean:
Users
Need to Know