We all have regrets-If you had a Do-Over what would that be?

Pondering the question – what would I do over - I came up with a long list only to realize that for all the peaks and valleys, every one of my experiences has contributed to who I am today. Yes, I wish my husband who died prematurely was still here. We were sailors, hikers, bikers, kayakers and more. One of my greatest accomplishments was being a mom to two really great kids (ages 48 and 49) who are successful and happy in their lives. Being present at the birth of my only grandchild was a blessing. The doctor handed him to me and I immediately sang his first lullaby. He’s 27 now and we’re still “besties.”

Through hard work and determination, I earned academic degrees (all in night school) in business, economics and counseling education, although I’ve thought several times throughout my life that I wish I had gone to nursing school. In small ways, I have satisfied my passion to help others as a Red Cross volunteer and by donating time and energy to local hospitals and long term care facilities. I also provide pro bono academic tutoring for all ages. In my spare time, I work with new authors to get their books published and on bookshelves everywhere.

So, this almost 74 year old has no regrets. There’s nothing I’d do over. I am content to just keep going -- doing more --  and for a long time to come.

I definitely would not have married my 2nd husband - so wrong on so many levels! 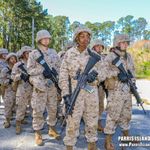 Mulligans can result in a false sense of achievement...Rather than focusing on DO-OVER, I'd rather focus on no DO-AGAIN...

After we had our first child and were considering a second, there were many stories in the news saying that if you already had a child and were contemplating a second, to please consider adoption.  That was in the early 1960s when birth control was 'iffy' at best, if it was used at all.  Many of these young women were giving up their newborns for adoption.  My husband and I didn't even have to think about it - we called the social services department and registered.  We were told to call our obstetrician who would have patients giving up their babies.  We passed inspection with the social services department and were put on a list.  Less than a month later we got a call from our obstetrician's office - three patients would be giving birth soon.  Would we like to have one of the babies.  I told the nurse that we'd take the first one.  Not a week later we got an early evening call.  Our baby boy was born today, he was healthy and we could pick him up the next day.  We did!  Neighbors stayed with our older son, not only to help us, but everyone wanted to see our new baby.  He was gorgeous - red hair, blue eyes, rosy cheeks.  When we brough him into the house our 20-month old son announced to everyone "this is my new baby 'brudder'!"  Also, in those days when a baby was given up by the birth mother, she wasn't allowed to remain in the baby's life, and my name was put on the birth certificate.   My son is now 55 years old, knows the whole story, and still considers us his "real" and only parents.

So what would I have done differently?  I wouldn't have stoped at adopting one child.  I wish we'd adopted two more.  However, fast forward many years, and my adopted son married a women who had a 7 year old daughter.  He adopted the daughter!  She's now 26 years old and my only grandchild, as they didn't have more children and my older son isn't married.  So I got my girl after all!!

I would have picked my parents better. 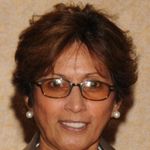 We all have regrets-If you had a Do-Over what would that be?

My greatest wish if I had a Do-Over would be to get back that last week I had with my husband. I   clung to the hope that he was going to get better with many more years to enjoy- but it was my will against his failing health, and in a flash he had passed!

We all have to go sometime, and cannot get back even that last second after its gone.  But he left behind a circle of life and a legacy of precious children and grandchildren for me to enjoy. That is my peace to endure!

Report Inappropriate Content
4
Kudos
3007
Views
25
Replies
Reply
4 Kudos
Turn on suggestions
Auto-suggest helps you quickly narrow down your search results by suggesting possible matches as you type.
Showing results for
Search instead for
Did you mean:
Users
Announcements

Would you feel comfortable administering a test or using one at home?