Thought I'd get my thread started here on what's everyone reading?  I'm currently
reading John Grisham's "The Summons".  It's very interesting and I hope to finish it
sometime today.  What's on your coffee table, nightstand or end table?

I'm reading Too Brown To Keep by Judy Fambrough Billingsley. It's her life journey of being given up for adoption because she was of black and German parents and too brown to keep in Germany in 1950.

I am reading The Lady in the Lake by Laura Lippman, set in 1966 Baltimore.  I recently finished The Shameless by Ace Atkins, latest in the series about the Mississippi sheriff, Quinn Colson.

RE-READING DISPATCHES  BY MICHAEL HERR- READ IT WHEN  I FIRST RAN ACROSS IT IN 70'S/80'S/ GLAD FOR A RE-READ NOW WITH MORE PERSPECTIVE ON THE WAR IN SOUTHEAST ASIA.

I am reading many mangas but I think mangazuki me has houseki no kuni. This is one of the best manga because of this manga story so nice.

"...For Kath, this was not just another Sunday; she was poised
to lose all control as Ed was about to introduce the Beatles for the
very first time. Like most young girls her age, Kath had heard that
the Fab Four were all the rage, and she had worked herself up for
this night since the day that Ed had announced it. The center panel
of her desk that doubled as a vanity lay open to utilize its otherwise
hidden mirror; Kath had been primping as if the lads performing
tonight would actually be able to see her in her bedroom all the
way from the theatre at Broadway and 54th.

When John, Paul, George and Ringo hit the stage you’d think
it was the Second Coming. No, I take that back; Jesus himself
would not have received such a rapturous reception. (John later
said so, himself, and caught a lot of **bleep** for it.) The sea of screaming
girls that packed Ed’s studio rendered anything the Beatles played
virtually inaudible, and Kath screamed along with them, as I
imagine was the case all across America. They say that more than
70 million of us were watching. Bill and I covered our ears while
our parents studied our sister with fear and disbelief.

“I really don’t see what all the fuss is about,” my Mom blurted
with exasperation once The Beatles had finished “She Loves You,”
the final song of their opening set. “They’re just a bunch of mop
heads making loud music!”

“You call that music?” Dad chimed in with disgust. “Now
Glenn Miller, Sinatra...that’s music. And these guys look like a
bunch of girls!”

My fourteen-year-old sister turned to scowl at their
objections, brie y ungluing her attention from the TV but
remaining speechless, unable to respond to my parents’ disparaging
comments about her newfound obsession.

My brother and I? We looked at each other with “What the
hell was that?” in our eyes, but we not-so-secretly wished we could
do it, too. Making noise and making girls scream was easy. But to
make them love it? It couldn’t get better than that..."

I keep a log of my reads so here goes.....I just finished The Guest Book by ?....google it....It was wonderful and rich, but not easy as it was one of those generational sagas that go back and forth.  It took me a while to keep it all straight, but what a great read.  I love WW11 and reallly enjoyed The Bakers Daughter, along with others of the era, The Tattooist of Auschwitz, We Must Be Brave, and the fabulous favorite, The Alice Network by Kate Quinn.  Beneath a Scarlet Sky was amazing as well and my favorite of 2018 was The Stars are Fire by Anita Shreve.   I could go on and on, but you will tire of reading this!!! 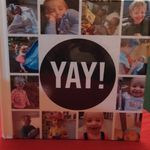 TracyofCotuit
Bronze Conversationalist
I'm reading two interesting books:
PHOENIX,by Amos Aricha and Eli Landau. The book was written in 1979, has an assasin, conspirators who participate in THE CONTRACT. Very nicely written and riveting, and it helps that I remember some of the history of the time. If reading about intelligence agents and agencies is your thing, give this a try.

THE LIBRARY BOOK, by Susan Orlean is a beautifully written story about the Los Angeles Public Library fire of 1986. The author clearly loves books, libraries and reasearch and it shows in this wonderful book. It was recommended to me by a friend and I recommend it to all of you.
Sir Granny Tracy
2 Kudos
3,239 Views
0
Share
Report
Reply

Please consider my novel, Adman Cowboy. If you liked viewing the television series Mad Men, you will enjoy reading Adman Cowboy which is also set in the advertising business. Go to admancowboy.com for details including a complete excerpt of the first chapter, story overview, author bio, reviews, and purchasing link to Amazon.com.

Thanks everyone. This project was the #1 item on my bucket list when I retired. Please give it a good look.

Hi Bob,  After reading your posting, I jumped over to Amazon and got your book.  As I do all my "pleasure" reading on my Kindle - and I do read a lot - I have Amazon's Kindle Unlimited Free reading - and luckily, your novel was one of the titles available.

At the moment - I'm into Devil's Bargin by Robin James  (A legal,thriller, murder genre).  Yours will be a nice change of pace, I think.

If you wish - I can do a review after reading .  On Amazon and here or just one, or neither; whatever is your pleasure.

Thanks so much.  Hope you enjoy. Reviews are very appreciated.

I also just finished where the crawdads sing and that was a great book! I wasn't sure I was gonna like it at first but it turned out to be a really good story.

I just ordered this one. 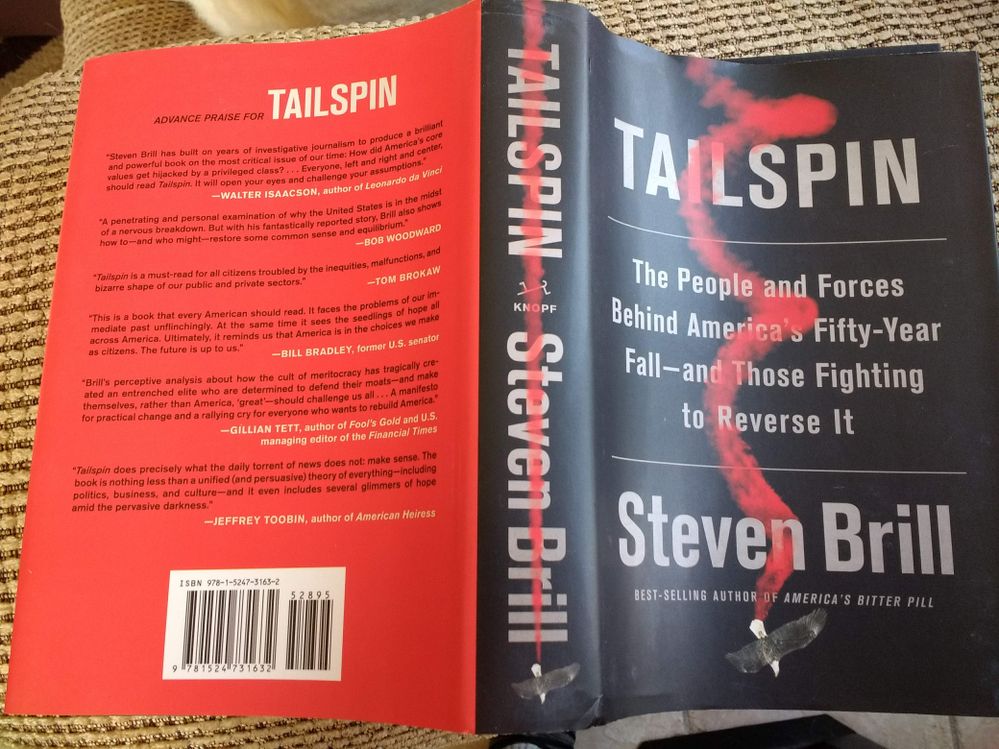 Ahh...thanks to the recommendation, maybe you all will hear less of me for awhile....

BLSDFATIMA
Social Butterfly
ONE OF HER VERY BEST"HAVE YOU SEEN MARIE?"- SANDRA CISNEROS- A PROFOUND ADULT PICTURE BOOK ABOUT LOSS.

The Woman Who Smashed Codes. Subtitled The True Story of Love, Spies, and the Unlikely Heroine Who Outwitted America's Enemies. I personally feel that a lot of working females can relate to this womans history.

I have pulled out my copy of  "White Trash. The 400-Year Untold History of Class in America." by Nancy Isenberg....started but got very occupied with life.  Time to complete it!

BLSDFATIMA
Social Butterfly
"SHAME OF A NATION"- JONATHAN KOZOL;
"PLEXUS "- HENRY MILLER
SUPERGIRL, NO REALLY I MEAN IT! HER REAL NAME & MINE ARE THE SAME( FIRST 2 NAMES ARE)
1 Kudo
2,919 Views
4
Share
Report
Reply

BLSDFATIMA
Social Butterfly
" THE SHAME OF THE NATION"- JONATHAN KOZOL- WELL-WRITTEN BOOK ABOUT THE PERPETUATION OF APARTHEID IN THE U.S. EDUCATIONAL SYSTEM.

Just started The Prince of Tides. Pat Conroy. Have seen the movie but the book is wonderful so far. The low country South Carolina. My happy place ❤️

yes I am still around 😀. I finished Prince of Tides. Loved it. Three ⭐️ ⭐️ ⭐️

mimi0000
Social Butterfly
I love his writing... have read every book at least twice. Enjoy
2 Kudos
2,693 Views
1
Share
Report
Reply
Turn on suggestions
Auto-suggest helps you quickly narrow down your search results by suggesting possible matches as you type.
Showing results for
Show  only  | Search instead for
Did you mean:
Users
Announcements