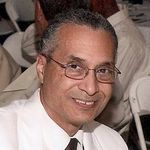 I saw the best minds of the greatest generation ravaged by insatiable encephalovores, wasting confused alone,

dragging themselves through unlocked windows in search of a passage home,

who lashed out at those who loved them in spite of paranoid accusations, tired anguished hurting (both),

who denied their fate their friends their families,

who held one-way tickets to oblivion, wayfarers aboard a regressive oppressive time machine,

a lost fleet of ghost ships ingloriously adrift upon the treacherous Sea of Paramnesia,

who cursed like sailors fought like rottweilers wore panties for hats bras for scarves sweaters under shirts or no clothes at all,

who with kaleidoscopic consciousness brewed fermented cocktails of psychedelic thoughts,

who called out to little girls who were actually twigs streaming red ribbons,

who shunned bathrooms peed in closets on floors porches themselves,

who braced themselves astride bathtubs to avoid being bathed,

who stashed a bean a pea a memory in plastic bowls above kitchen sinks,

who sat at gas stations not knowing if they were going to work or coming home,

who chatted amiably with acquaintances in mirrors and porcelain pets on dressers, tracing and retracing vomited facts memories anecdotes real and imagined, disemboweled intellects cast on the floor,

who had to be protected from knives scissors tools medicines predators—quad- and bipedal,

who cowered in their rooms fearful of strangers—everyone was a stranger—and their own minds,

who staggered between incoherence and coherence, lunacy and brilliance, profanity and profundity,

who once spoke eloquently sang joyously wrote profusely but no more,

who lightened lives with fiery eyes that dimmed to embers much too soon,

who peered through windowless eyes that once opened to panoramic vistas of possibilities,

who disappeared before the eyes of sons daughters husbands wives lovers,

who poured memories into sieves for safe-keeping,

who grew up in the mountains valleys plains rust belt Bible belt bowels of the inner city,

who unlived much quicker than they lived,

who loved too little too much too few too many too often not often enough,

but who—in the end—stood most in need of love.

My beloved! I'm with you as you sail the troubled waters,

I'm with you as you traverse the shadowy valley,

I'm with you as you spill your soul into the heavens,

I'm with you, and I kiss your forehead as you lie down to sleep.

0 Kudos
705 Views
0
Share
Report
Reply
Turn on suggestions
Auto-suggest helps you quickly narrow down your search results by suggesting possible matches as you type.
Showing results for
Show  only  | Search instead for
Did you mean:
Users
Announcements