Do You Use Travel Agents?

Do You Use Travel Agents?

When planning a trip, do you use travel agents or do you do it yourself?

Any stories to share of when you've used a travel agent for a trip, why, and how it worked out?

Here are four reasons to use a travel agent: https://travel.aarp.org/articles-tips/articles/info-2018/when-to-use-travel-agent-fd.html

Until a couple of years ago, the only time I had used a travel agent was for mission/study trips related to church activities, particularly when group travel was involved.

In the fall of 2017, though, we started thinking about two things - going somewhere warm during the winter, and making a round-the-world trip. In a few minutes we realized that you could make that RTW trip in the Southern Hemisphere during the winter months. This was going to be a pretty complicated trip - New Zealand to Australia to South Africa, then home. By good luck, we located an agent who had lived in both NZ and South Africa, and who had traveled extensively in Australia. She had a LOT of insider advice on where to go, how long to stay, where to travel economically and where to splurge on what was a once-in-a-lifetime trip. Her fees were very reasonable for the hours of research she provided. Specific highlights: 4 days in an apartment in Queenstown (useful for day outings in the area); renting a motor home for 10 days on the South Island of NZ (this we were actually able to arrange more economically on our own, and she was very comfortable with that); 4 incredible days/nights at a game park just outside of Kruger in South Africa (the big splurge); excursions from Melbourne, at Uluru, and up near the barrier reef while in Australia; a very conveniently located hotel in Capetown. We had 21 flights on that trip, and only one glitch, which her contacts in South Africa seamlessly made alternate arrangements.

In short, I'm a fan of travel agents now, especially for complicated trips. We managed a 2.5-week trip to France recently on our own, including a canal boat rental, car, and B&Bs. We had been there often and spoke French, and we wanted an unstructured schedule, so a travel agent really wasn't needed. But for places where you might not know the language, or when you're planning an expensive journey, or a very complicated schedule - definitely use an expert. The key is finding someone who REALLY knows the area where you want to go.

I do use travel agents for many trips and have done so for many years.

They save you time and can get the best deals for the money you want to spend. I value their expertise when going to a new destination.

I've used a travel agent twice; once on a trip to Greece that included inter-island travel and a driver while on the mainland, especially going from Athens to the Peloponese. The recommended driver took us places we hadn't especially requested when we told him we were interested in historical and archaeological sites. Ioannis made his way to Monemvasia, Nemea, Mystras as well as the requested stops in Sparta (my grandparents place of birth), Mycenae, Corinth, etc. The travel agent is the person who recommended Ioannis, who spoke perfect  English.

My second interaction with a travel agent was my multi-country trip to Europe that included not only flights, but also train travel. Since I had no experience with train travel in Europe before, the agent's expertise and contacts were indespensible. Everything regarding that trip went off without a hitch! I was most appreciative of the travel agent's assistance for that five week adventure!

We use a travel agent for the legs of a trip that are better left to someone with experience.  I still do research to discuss with her what we expect to accomplish on the trip.  I tend to do my own travel arrangements for domestic travel in places I know.  We spent 2 weeks in Ireland and Northern Ireland and the agent took care of plane tickets, rental car, and most of the hotels.  I took care of one hotel where we spent several days.  I told my travel agent to never book us in chain hotels overseas but they must have American style convenience and amenities.  Staying at a hotel in Europe that has one bathroom per floor was fine when I was 20, but not anymore.  She books 4 star hotels that cost me less than most 3 star in the USA.  In Rome and Barcelona, our hotels were just outside the tourist areas.  It was great because all of the stores and restaurants were places the locals use instead of heavy tourist trafficked areas.  Local Mom & Pop restaurant owners love having polite visitors eat in their places.  They go overboard on making sure you enjoy everything!

On our most recent trip, our agent couldn't believe the plane ticket prices (neither could we) and surprised herself with ingenuity in getting a lower price.  Instead of booking one multi-leg roundtrip ticket, she booked the domestic stops separate from the international segments, like 2 separate tickets, but somehow they were all still linked together as if it were all one booking.  It saved us over $1600 per ticket.  I never would have thought to try anything like that doing my own flight booking.

We use a travel agent when the trip is a complex international one and the results are excellent. One of the greatest benefits is being met at the gate (or just past security) and being whisked through customs and immigration. No lines, no waiting, and people are courteous! Most domestic trips we do ourselves but for international, a good travel agent is a must.

Occasionally!  I have an agent that gets some killer deals on cruises and I use them regularly.

Currently I am planning a multi city trip meeting multiple family members for different legs of the journey and I find it easier to do myself.  I enjoy searching for hotels, local transportation, airfare and tourist “props”.   I would exasperate an agent!

1 Kudo
5,785 Views
0
Share
Report
Reply
Turn on suggestions
Auto-suggest helps you quickly narrow down your search results by suggesting possible matches as you type.
Showing results for
Show  only  | Search instead for
Did you mean:
Users
Announcements

Coronavirus + Travel: What You Should Know 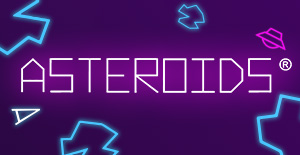