How many of you are embracing minimalism?

How many of you are embracing minimalism?

Read today that the average American household has 300,000 items!  Don't have anywhere near that amount, but recently married and moved,  and my husband and I discovered we had more than we needed. There is a real freedom getting rid of what you don't use.

Would love to hear other minimalists stories. 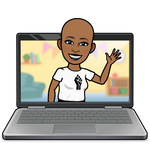 Since the pandemic I have downsized. It is hard because hubby wants to hold onto stuff. I through things away while he is at work.

@MsTanyaB , My husband had a lot of "stuff" too (especially clothes! ).  But I didn't throw or give away anything of his.  I've always tried to be mindful that it's his stuff to do what he wants.  But over time, he began to see the real freedom of having less stuff to process.  Looking at it as "inventory" has real dramatically changed how he looked at his stuff. Continue your decluttering process for your things, and celebrate your journey.

Maybe over time, he will pick up your "good vibes" of freedom and want to join.  Meanwhile, it would be good to stop talking to him about all his stuff ( girl, I've been there ) and praise him for anything he is willing to discard. People are sensitive about their stuff.

P.S. My husband is awesome, but he still has a lot of clothes. Just got to keep saying "his decluttering journey, not mine." He's come a long way. The other day he actually said " it's ok to have an empty or almost empty drawer!  Yeeesssss!     Christine

A couple years ago I remodeled my condo literally floor to ceiling. That meant getting rid of much furniture, many old school books from my master's and phd years, more than half my wardrobe. When the remodel was done and new flooring and paint everywhere, the difference in the energy of the space was incredible. I have tried since then to add back only absolutely necessary items, and not buying new clothes without getting rid of old ones.

Deah, Now that's embracing minimalism! My husband and I just bought a new house and moved in yesterday ( 4/16/21 ) and we are going to be very intentional about how much we put on walls, and not over load with furniture.  Glad we decluttered a lot before move, but more to go.  Christine

I process my mail every day, keep a donation box available at all times, hold a garage sale each year.  And in September 2020,  I went through my clothes closet - donating anything that didn't fit (size wise or lifestyle wise), then I turned all the hangers in the opposite direction that I normally hang them. When I wear an item, i hang the hanger in the opposite direction.  In September 2021, any hanger that is not reversed means I didn't wear that item of clothing for 1 year - into the donation box it goes! 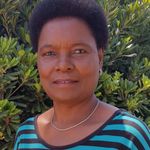 I'm a staunch believer in the minimalist lifestyle but haven't come around to practicing it, yet.

I avoid clutter by not allowing anything to accumulate. While I probably keep more "may be useful later on" things than necessary, everything has a place where it belongs. I am currently selling some books from my three bookcases to make room to display photos.  I also donate regularly to Goodwill and Habitat for Humanity, my favorite local charities.  The latter will take off-beat items such as doorstops, screws and other hardware as well as soft home goods like linens and tablecloths.  Now if only there were a magic way to go through all those old photos and slides...

I participate in my local Facebook Buy Nothing group. I get good feels to see my well loved stuff go to younger families for their use and enjoyment in my own neighborhood. Makes me take a critical look at what I (don't) use.

If going through area, have small plastic grocery bag, I put items in to donate. It immediately goes into car so can drop it at nearby donation centers as quickly as possible. Not holding until have 'a lot' to donate at one time.

Friend always gives lots of 'stuff' for Christmas, birthday. While I adore thoughtfulness...many times just too much. I quickly do a 'photo day'. Stage each item (using neutral background), take picture then place in in 1 of 3 piles: donate to specific charity, donate to general charity, really have space for item. I then download all photos, they have appropriate names, into one file. I can then do slide show of those items on my computer at any time, and think about the great friend that gave them to me. That could also be done if helping family member declutter...it is often more about the memory of how the item was acquired, not the item itself. The 'electronic picture show' takes up so little shelf space!

@ JanM....  WOW!  That is positively AMAZING to me that you gather up the gifts you don't want to keep, actually stage them (I know how much work that takes, believe me), take photos of things that you then download, and place them in files.  I think I would perhaps keep one item (if I needed to remember the person who gave me something), and immediately donate what I didn't want or like.

OMG you are hired when can you come to Boston MA and start inventory on my house.

I don’t have to clear clutter because I don’t accumulate it.  Keep things up to date year round and there will be no need to "de clutter"!

Oh my! How I admire you. I'm a chronic clutterer of clothes and papers

@2Papa  That's great, if you have the time to sort through all the paper that comes your way in the course of a day.  Unfortunately, not only do I get tons of it in my personal snail mail, but in my business mail as well.  And I mean TONS of it!!  WOW!

Stop most snail mail advertisements by contacting http://www.directmailpreferences.com/.  There may be a small fee, but the time you save will be worth it.

@bj445   Living in a rural area, we get LOTS of little shoppers in our mail. I have BEGGED the mail person not to leave any here, but they say they have to because the post office has to distribute them.  I have even called the shopper mailing companies themselves, and they say they can't stop them from being distributed to individual households because they are mass mailings.  So I'm afraid direct mail preferences is not going to help me.  But thanks much for the recommendation, bj.  Much appreciated.  🤗

If something has accumulated a heavy layer of dust since the last time I used it, or the batteries are dead ~ out it goes!  😀

I periodically try to clean out my closet by giving to the Salvation Army the clothes that I no longer wear.  My youngest daughter is the best. Her friends ask her to go to their house and "throw" the clothes they really don't wear anymore but can't bear to get rid of.  I know she would find lots of things still in my closet that I should donate.

It really helps to research the places/organizations in your area that can use, resell, or otherwise employ your discards--then you don't feel quite so bad about getting rid of a still- usable item! Clothes and working household items are kind of no-brainers (Goodwill, ARC, other thrift stores, homeless shelters); books can usually be donated to either thrift stores or your local public library; office supplies can often go to schools. Some towns have organizations that are dedicated to repurposing in order to keep material out of the waste stream (e.g., Colorado Springs' "Who Gives a Scrap"), and these may take stuff you never dreamed you could donate! It's well worth an internet search to see what's available locally--if you know someone will take it, it's easier to give it up!

Goodwill is listed as a profit-making charity and is not preferred for us to give donations. Salvation Army is very good, as the CEO makes very little. Purple Heart good. Hospital thrift shops also good in my experience.

Goodwill is a nonprofit organization and provides a lot of good programs in every community. It also provides jobs and is where I purchase a lot of the 300001 items I possess.

I love me a clothing haul from Goodwill.  But definitely getting more choosey about the quality, and take extra time to look over the material for stitching, stains ( especially underarms ) and "piling" that comes from wear and tear. My favorite clothing to get at Goodwill, would include leggings and workout tops.

At one point, Goodwill was sponsoring a free computer lab at a women's organization I volunteer at, and that has helped countless women get back in the workforce.  Priceless!  If you have good quality work clothes, you can donate to a women's  organization to help wardrobe for interviews.  Christine

@. The owner of Goodwill is making a fortune off people who leave their unused items there.  He doesn't have to spend a dime for all the merchandise he gets, plus he makes money off all the sales.

PLEASE reconsider, and donate your items to a homeless shelter or the Salvation Army.  People who pick up items don't have to pay anything for them. And trust me when I say they will be most appreciated for your donation!

Goodwill is a nonprofit,  and uses the profit from clothing and goods sales to fund its health,  education and workforce programs. The CEO of salvation army actually makes a large salary in line with the size of the org, which is fine because these are complicated businesses.  SA has been investigated for discriminatory practice against non- Christians and had a number of staff turnovers 3 years ago due to their internal practices.

Minimalism is so fun, it's actually fun to reduce, recycle and repurpose. I started working with women over 50 on how to purge and minimize their wardrobe contents. Simply identifying their style better, working within their own closet to learn how to use what they own and use it better and purge out all the extraneous. It's been a really fun and wonderful way to connect with women all across my region and now with ZOOM beyond to every point in the USA. 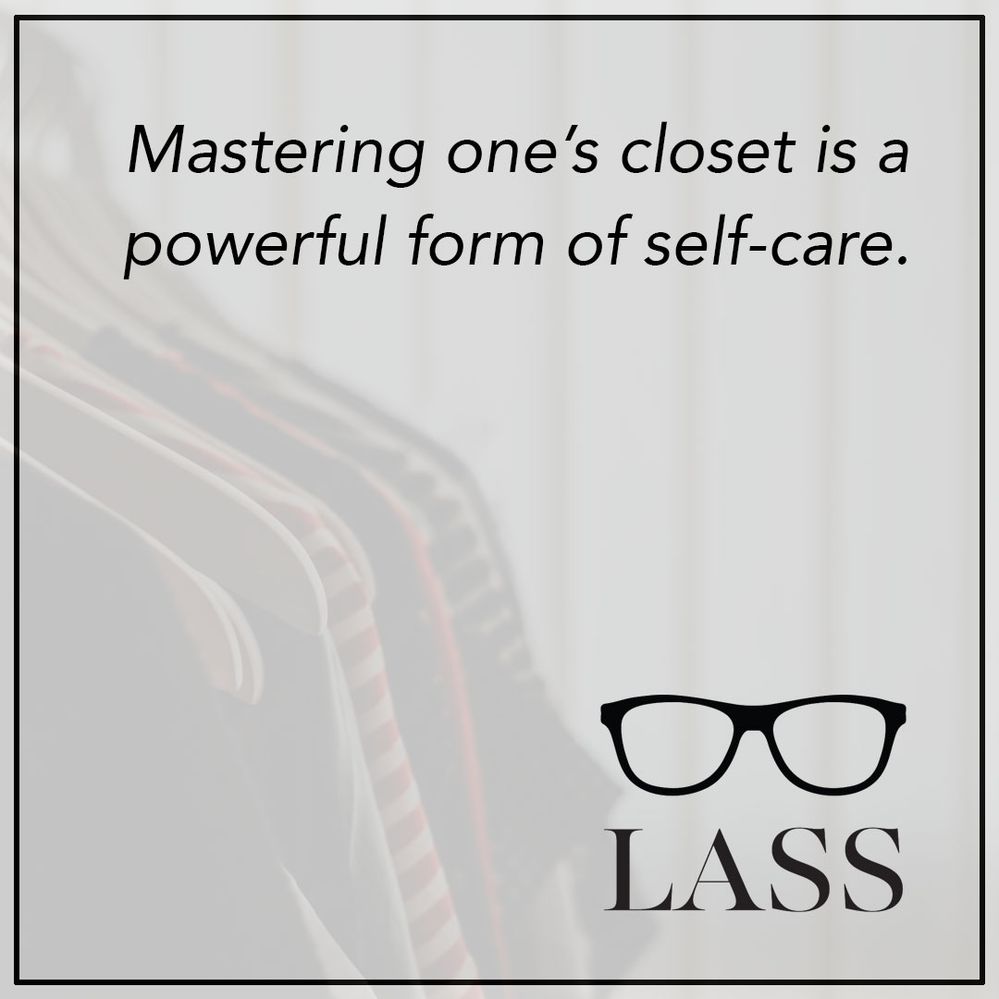 My partner and I regularly assess what we have, and we have a "one in, one out" rule. Clutter definitely affects my mental health negatively. I was flabbergasted by the fact you shared! 300,000 items is sooooo much!

Rachel, Thank you for the excellent article on decluttering.  It will keep me motivated and accountable.  Christine

0 Kudos
38,466 Views
3
Share
Report
Reply
Turn on suggestions
Auto-suggest helps you quickly narrow down your search results by suggesting possible matches as you type.
Showing results for
Show  only  | Search instead for
Did you mean:
Users
Announcements 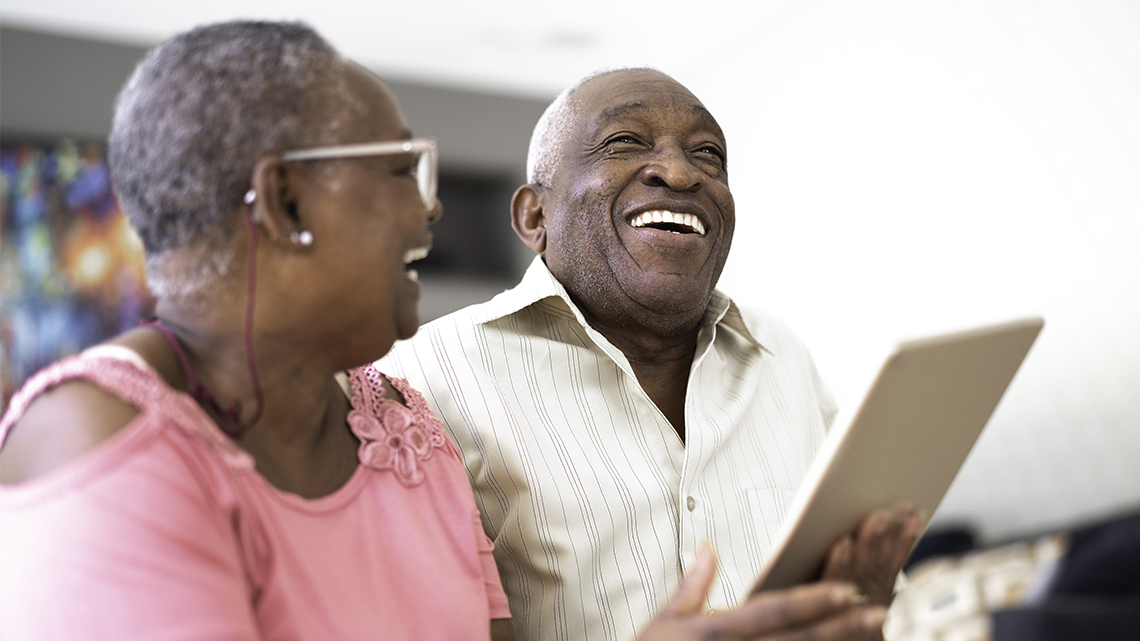