Has an old flame or former friend hit on you through Facebook?

Has an old flame or former friend hit on you through Facebook?

I learned that hitting on old flames and former friends on Facebook is a thing.  Has this happened to you or someone you know?  Share your stories here.

If they bother you - you can always say- Drop dead and blow away!  They will drop you in a hurry.

I have a number of old flames hitting on me and the wife is not happy!  😬 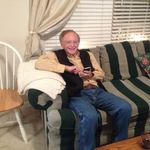 I tried to contact some old gals that left me years ago. I have yet to hear from them!

I’ve had a few old girlfriends contact me, but only for friendship. When I learned how right-wing, Trump loving they had become, I dropped them like third-period French.

I was contacted by a boyfriend from 50 years ago!  It had been a serious relationship that fizzled after he was drafted and joined the military.

It was kind of fun catching up on the intervening years, but it became apparent what he was looking for was stroking his ego from days gone by and a bit of too "friendly" banter.  No thanks!

Don't get sucked in!  The only reason they are reaching out is because they want something... financial support, security. They rely on feeding your self-esteem and perhaps guilt in order to manipulate you.

I don’t think that’s always true. The world is a beautiful place.

reb7
Periodic Contributor
Until it reveals its true colors.....
0 Kudos
3,337 Views
0
Share
Report
Reply
Turn on suggestions
Auto-suggest helps you quickly narrow down your search results by suggesting possible matches as you type.
Showing results for
Show  only  | Search instead for
Did you mean:
Users
Announcements