Sign up for our monthly Lifestyle newsletter for entertainment news, healthy living tips and more.

DW and I have started going through Netflix offerings and are looking to watch older series we liked. We just started West Wing, for example. I think we'll put ER into the queue.

Do you guys like re-watching old series, or not as interesting to you second time around? 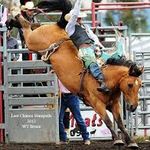 The original "Twilight Zone" and "The Outer Limits"

Both have been revived, but the original's are still the best.

Being I was born in '68, I enjoy watching classic tv show. Lately been watching " The Cisco Kid", " Wagon Train", "Have Gun, Will Travel", and " Rawhide". Big fan of Clint Eastwood.

Patrick McGoohan, both as "Danger Man" ("Secret Agent" in the U.S.) and "The Prisoner".

Hugh O'Brien in "The Life and Legend of Wyatt Earp".

Roger Moore as "The Saint".

Located all of them through Prime.

I loved watching Laredo - William Smith as Joe Riley.  How about Jock Mohoney as the Range Rider?

I like old westerns, so Maverick, Rawhide, Wagon Train are good, but I have

really enjoyed re-watching Have Gun Will Travel with Richard Boone.  I like the way it tried to look at a variety of issues and even has some diverse characters in its cast.  I love the older episodes where Paladin speaks at the beginning of the show and then you hear the words said later in the story.  Yes, it has its

stereotypes at times with Hey Boy and how women are portrayed, but I think it is a western of a slightly higher class.

Carter's character at the end of episode.

On Saturday night on MeTV, I get to see old episodes of Black Sheep

Squadron, Combat and The Rat Patrol.  With my Dish TV, I can have

them recorded and ready for me to see.

Finally, I'm probably one of the few people who like to watch the old

series:  Beastmaster.  It might be just another western with heroes, villains, magic cool animals in a tropical setting, but I enjoy it.

Yes those old western are good .Some or the ones that are watched here are Rawhide  ,Gunsmoke and the ones called Marshell Dillon ,Wanted Dead or Alive ,and Rifleman .I live the room when rifleman comes on as most of these I know what is going to be said next .Husband gets mad when I talk along with the  tv ,so I leave .LOL

The Waltons, Happy Days, The Brady Bunch and Gilligan's Island. Always bring back fond memories of being a kid.

I love the hilarious comedies from the 1970s and 1980s!! Yup fond memories of those shows!!

Yes love them . We all need a laugh or smile these. days

Can & do watch "MASH", Perry Mason, Ironside most everyday on METV

BLSDFATIMA
Social Butterfly
LOVE MOST OLD 60'S SERIES, ESPECIALLY "I LOVE LUCY", BUT LATELY AM INTO STAR TREK"VOYAGER"& " THE GOOD WIFE"- BOTH OF WHICH I MISSED THE FIRST TIME AROUND. NOT HAVING CABLE, I'M LIMITED ON CHANNELS- BUT OKAY SINCE MOST NEW STUFF CAN NEVER LIVE UP TO THE CLASSICS.
SUPERGIRL, NO REALLY I MEAN IT! HER REAL NAME & MINE ARE THE SAME( FIRST 2 NAMES ARE)
3 Kudos
5,401 Views
4
Share
Report
Reply

Recently I have had the desire to seek out the old kiddy shows we used to watch on our tiny black and white. Youtube has some of the old Andy's Gang shows, which featured Froggy the Gremlin and some other weird characters, including music professor Pastafazooli (character actor Vito Scotti.)

I remember Circus Boy. Have seen it late at night on an oldies tv station. It was a while ago.

I remember circus boy . But don’t get it at this time

Used to send them fan mail ... the good ole days

I've been watching the old westerns lately.  I've been binging on Gunsmoke, Bonanza, and The Rifleman in particular.  They all had good storylines and The Rifleman always seemed to have a good moral at the end of each episode. 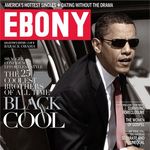 Just happen to be channel surfing and came across an episode of the Dick Van Dyke Show. It was really interesting because during this episode, Rob, Laura and Ritchie somehow had dyed their hands black while enroute to a benefit gala where Rob was going to receive an award from a large group of officials who were mostly african american.

I have always loved this show and especially that apartment that is still modern to me to this day, but what I really loved was his concern about diversity, what the group would think of him and telling the truth about how he and his families hands got dyed accidently. I tell you it was epic.

BLSDFATIMA
Social Butterfly
SOMEHOW, I MISSED THAT EPISODE. IT IS A VERY APPEALING SHOW, NO DOUBT.

@LaDolceVita  Nice to see you. Hope all is well. Happy New Year to you!

While channel surfing I came across,  H & R Puff and Stuff and The Banana Splits. I also enjoyed  My Favorite Martian. I did see that Murphy Brown is back on the air.

Two of my all time favorites are Barney Miller and Hill Street Blues.

Yes, I am I watch Nanny and the Professor, and of course more old tv series, wish they put "Barretta"! back on. 🙂

YouTube is my go to app when I want to see something old that is not being broadcast anywhere else. When I had a yen for Designing Women, found it on YouTube. Couldn't find Cold Case, though. Presently being broadcast over the air, so I get to enjoy the music and Jeremy Ratchford again!

Today, I wanted to see Flower Drum Song. Now, this isn't a series, but an old movie featuring the music of Rogers and Hammerstein. I can't get the entire movie, but I can listen to and watch some of my favorite songs from the movie.

I find that I like movies that feature a single musical director, Max Steiner. With that in mind, I'd like to recommend a series of films featuring Steiner's music: The Corn Is Green, Band of Angels, and Jezebel. Two feature Betty Davis, who is very difficult to find without having to pay an arm and a leg, and Band of Angels features Clark Gable, Yvonne de Carlo, and Sidney Poitier. I have never heard Poitier speak of his role in this film and have always wondered why.

Hope this isn't too off topic, but I do enjoy this forum and wanted to share my guilty pleasure (those recommended movies are all set in the 1800s and they all have something to say about women making their way in the world): old movies with mad music scores.

A post saying the world was built by the lowest bidder must not have cable.  Cable, one of those things I have a love-hate relationship with.  It lets me watch the old shows I enjoyed and then ruins it with my bill. Netflix has a lot of old movies and shows and is reasonably priced. If anyone has Spectrum, channel 151 has a lot of old shows almost around the clock. I saw a series I had totally forgotten about,  PeterGunn.

Some of my favorite old TV series:

1.  Gunsmoke.  This show never disaapoints.  Every episode was different, but each ended on a positive note.

3.  Hunter.  It is suitably old; about thirty years plus old.  And if y'all don't remember it, "Hunter" was about a detective hunting down criminals show and the detective was named "Hunter."  Loved it!

3 Kudos
3,518 Views
4
Share
Report
Reply
Turn on suggestions
Auto-suggest helps you quickly narrow down your search results by suggesting possible matches as you type.
Showing results for
Show  only  | Search instead for
Did you mean:
Users
Announcements