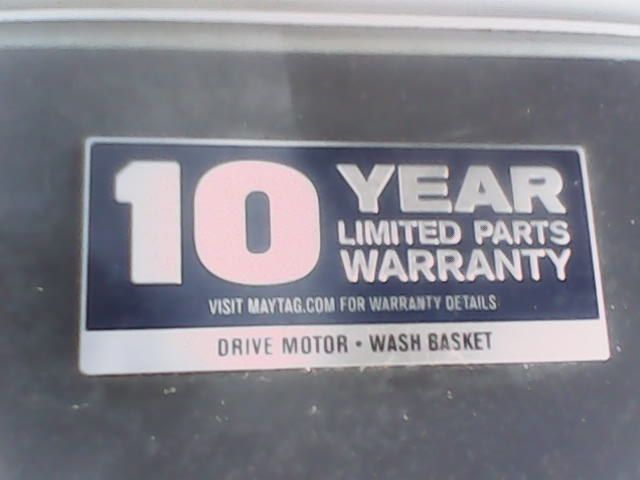 My mother is elderly and doesn’t hear well. She had me talk to the Lowe’s scammers after they left a message claiming the washing machine was “not economically viable for repair” after the second gearbox/transmission assembly went out of it. Now, we fully expected a different machine. Mother paid for the no-lemon policy which stated 3 repair calls for the same machine or something along those lines.

The third party repair guys who came out to work on the machine were awesome. Really nice guys who knew their stuff. Yeah, I’ll give them a plug, DAL Appliance in St. Anne, IL. Highly knowledgeable and extremely polite. The owner even came out on one of the trips and told me they always had a few refurbished machines around because people would drop them off for repair and just never come back for them. This last part is really important, but we will get to that in a bit.

I bounced around through the Lowe’s automated insult system and was told they were going to refund the purchase price of the machine, not the warranty, tax, or anything for the hardship. They swore up and down the washing machine only had a one year factory warranty. (Take a good look at the featured image of the great big warranty label Maytag puts on the machine.) I’m including a photo of the model number here in case you are gullible enough to believe there is only one Maytag model built to be junk. After this experience, I refuse to believe such a thing. When I reached out to Maytag they would do absolutely nothing about the machine or Lowe’s. So personally I’ve stopped shopping at Lowe’s and stopped purchasing Maytag products. (Hopefully you will too.) Given this extended warranty scam you should all #boycottLowes, but that is my opinion. Perhaps you like getting screwed with your pants on? Maybe you think criminal fraud is a great business model? I certainly don’t.

Eventually I got to a manager. No last name, just a first name, Abby. I argued for quite a bit. I even told them about the refurbished machines sitting at DAL’s shop. I explained to them my mother never purchases a cash-out extended warranty because they are nothing but fraud. She only buys repair/replace and she was promised that without question the machine would be replaced when she bought the warranty. We are more than fine with a refurbished unit, she simply does not wish to go through the hassle of obtaining a new one and disposing of old. This is the only reason she bought a 5 year extended warranty on a machine with a 10 year factory warranty.

Sorry for the massive image, but I needed you to be able to read the * text at the bottom.

Replacement may be with new, rebuilt or refurbished product of equal or similar features and functionality or by payment…. 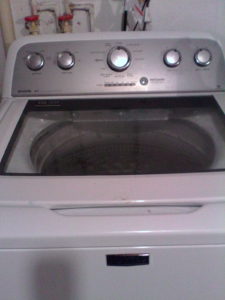 You will note the * text does not include one critical phrase “at their discretion.” My mother was promised point blank multiple times to make the extended warranty sale that the machine would be replaced. This was not a fancy or high end machine. She only buys basic, top load washing machines. She tends to buy the biggest one they make because a farm tends to generate quite a bit of laundry, but, other than that, she doesn’t want a lot of knobs and buttons. This one actually had too many for her.

I repeatedly told manager Abby that they local service company they kept sending out had a supply of refurbished washers and any top load would do. That’s when she told me the stunner.

We always send a refund. We never replace a machine.

Then we went round and round about how they are training their sales staff and the exact wording of their extended warranty. I pointed out multiple times that it does not say “at their discretion” which means the purchaser of the extended warranty has to agree and that the purchaser was promised repeatedly the machine would be replaced. We weren’t asking for new. We would have been perfectly happy with a refurbished top load washing machine. Again I pointed out __exactly__ where refurbished machines existed in their service/supply chain.

Don’t worry, my parents haven’t been without a washing machine this entire time. They did what they would have done last time. Bought a top load washing machine from a local supplier they’ve bought from for decades. The only reason this machine didn’t come from him is he didn’t have any top load machines, only front load, when the last one died. Of course it died with a mountain of laundry stacked up so waiting a few weeks for an order to come in was not an option. This time he had them. The washer in question is out in a storage building in case it is needed as evidence for trial.

This is not a money thing. This is an ethics and criminal fraud thing. In order to make the sale they promised replacement. Their extended warranty even promises replacement with a refurbished machine. A refurbished machine was the cheaper way to go, but they never do it. Printing that on the policy makes this deliberate fraud.

If you have had a similar experience with Lowes please file a complaint with the Consumer Protection Division for your state’s Office of the Attorney General. Once you do and have a file number, please forward said information to:

The File No probably doesn’t go on the envelop, just on a cover letter with your case and file number information so this all gets grouped together.