I listen to quite a few people who are singing into their 70's and 80's. I still enjoy Bob Dylan, The Rolling Stones, Paul McCartney, Ringo Starr, Paul Simon, Willie Nelson and a plethora of others that still sing in the twilight of their years.

BUT ONE THING IS THE SAME FOR ALL OF THEM.............. they don't sound like they did in their heyday. In fact, many talk/sing their music because the vocal cords just aren't there any more.

There is one exception.

It literally brought tears to my eyes watching him belt out songs with Lady Gaga the other night. He sings with 30 year old lungs. Notes are right on target. 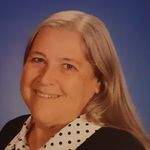 I couldn't watch the show, I had seen a 60 minutes interview with Lady Gaga and saw clips and just started tearing up. You can tell that he still loves singing. He is the best that is for sure!!!

Shari
1 Kudo
650 Views
0
Share
Report
Reply
Turn on suggestions
Auto-suggest helps you quickly narrow down your search results by suggesting possible matches as you type.
Showing results for
Show  only  | Search instead for
Did you mean:
Users
Need to Know