Emergency: Help seniors affected by Hurricane Ian and Hurricane Fiona and your gift will be matched up to a total of $1 million. Find out more.

The weather has been in the headlines for the last several days.. there are lots of songs about the weather.

Which ones do you remember?

"Stormy" by the Classic IV
I know this isn't strictly a weather song, but it sure mentions a lot about weather.

The weather has been in the headlines for the last several days.. there are lots of songs about the weather.

Which ones do you remember?

Hot Fun In The Summertime by Sly and the Family Stone

You Took the Words Right Out of My Mouth (Hot Summer Nights). Meat Loaf

Laughter in the Rain-Neil Sedaka

Against the Wind by Bob Seger

One of my all time favorite songs by David Cassidy which he co-wrote with Kim Carnes (of Bette Davis Eyes fame) - Song for A Rainy Day:

Also  Soft As A Summer Shower which is on the same album (Rock Me Baby) as the above song.

Also Ain't No Sunshine which David Cassidy recorded in 2001, but was originally written and recorded by Bill Withers in 1971.  I like both versions, but David did a terrific job on this song:

She'd Rather Have The Rain

Walking In The Rain

All recorded by The Partridge Family.

Although Walking In The Rain was originally recorded by The Ronettes in 1964.  I like both versions.

My Pickup and My Hound Disappeared in the Flood, But Thank the Lord I Still Got You," by the Blue River Ramblers.

My Pickup and My Hound Disappeared in the Flood, But Thank the Lord I Still Got You," by the Blue River Ramblers?

Here is another one, The Rain Song by Lipstick.

How about I wish it would rain by the Temptations.

I want to go out in the rain by The Dramatics.

YES! That's what I said. Love those Temtations.

It never rains in Southern California .By Toni, Tony, Tonie 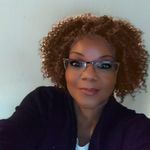 A Rainy Night In Georgia by BROOK BENTON

I Wanna Go Outside In The Rain by THE DRAMATICS

I should dust that one off and play it RIGHT NOW! 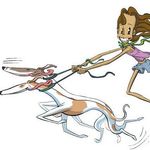 Singing in the Rain!

0
Kudos
1433
Views
2 Kudos
2,875 Views
2
Share
Report
Reply
Turn on suggestions
Auto-suggest helps you quickly narrow down your search results by suggesting possible matches as you type.
Showing results for
Show  only  | Search instead for
Did you mean:
Users
Need to Know