Put yourself in position to land a new job with the Online Career Summit on Jan. 26. It's free! Register today.

Music with the word "Song" in the title - what's your favorite? - check out my blog and playlist!

Music with the word "Song" in the title - what's your favorite? - check out my blog and playlist!

On December 19, 1970, Elton John’s first US hit “Your Song” entered the Billboard Hot 100, where it went on to reach number eight. The song had already been recorded and released by Three Dog Night – who knew? And The Hollies has been offered the song and turned it down – that was a mistake! His song serves as the theme for this week’s music blog, featuring songs that contain the word “Song” in their title. Elton and Led Zeppelin seemed to have had a fond attachment to the word, with 6 and 5 offerings each. But other standouts from REM, Billy Joel, Howard Jones, Yes, Bob Marley, Marshall Tucker Band, and many others are included. Even the all-male acapella group the Dartmouth Aires from my alma matter made the list twice! I think you’ll enjoy these “Song” songs.
I hope that this music and my blog truly serve as a “revival: a new presentation of something old,” a springboard to return to the music of your youth, or perhaps to find artists you want to discover anew. Rediscover the passion of music in your life. Live in the moment. Enjoy the moment. Love the moment. Listen to the MUSIC!
https://listentothemusicblog.com/favorite-song-good.../
1 Kudo
775 Views
15
Share
Report
Reply

One of their lesser known but well done power ballads

"Rock 'n' roll might not solve your problems, but it does let you dance all over them." Pete Townshend
0 Kudos
134 Views
0
Share
Report
Reply

Look What They’ve Done To My Song, Ma-Melanie

Love In Song-Paul McCartney and Wings. 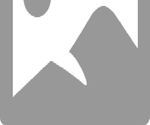 The Song Remains The Same-Led Zeppelin

(guess it can also fit the tribute category)

A Song for You-Leon Russell. Covered by hundreds.

Almost impossible to name them all, but here are a few more. . .

Song For The Asking - S&G

The Song Is Over - The Who

Without A Song - pick one, I’ll go with Willie Nelson

Wrote A Song For Everyone - CCR or John Fogerty solo version

There must be about 50 in my library, but these were the most well known of the lot.

My favorites on the list are A Song For You by Leon Russell, and Your Song by Elton.
I might add that Willie Nelson does a fine cover version of A Song For You, as well.

"Rock 'n' roll might not solve your problems, but it does let you dance all over them." Pete Townshend
0 Kudos
490 Views
0
Share
Report
Reply

OMG, can't believe I left this off!  Thanks so much for catching that - added it 🙂

I played that Elton album to death! I’m a huge

fan and have had the privilege of seeing him

in concert years ago. Honestly, it’s good that

everyone else turned down “Your Song”,as no

one but Elton could sing it anyway!

I do love your list but have one to add. “This

Cowboy Song” by Sting, one of my favs of his

Agree.  And thanks on the Sting song - forgot about it.  Added it to the playlist 🙂

0 Kudos
649 Views
0
Share
Report
Reply
Turn on suggestions
Auto-suggest helps you quickly narrow down your search results by suggesting possible matches as you type.
Showing results for
Show  only  | Search instead for
Did you mean:
Users
Announcements