You are welcome. Yes @MaVolta , never get tired of hearing a great voice and song.

That is like Andrea Bocelli's "Con Te Partiro" from 97. He is in his 60's today and still sounds great. But that music and his voice fills my soul when I hear it. When it came out, I raved about it so much, I received 3 cd's of the Romanza album from people at work. 🐱  Still play them from time to time. Wore that song out at first though.  🐱

He sure has a good voice. Good song. Don't wanna get off topic, but I just gotta plug this song: Demis Roussos - Forever And Ever (1973) https://www.youtube.com/watch?v=Ig-iQP_0bB8

That was nice. Never heard him before. Searched a bit and found out he was in Aphrodite's Child.

@MaVolta, Englebert did a cover of that song of Demis's "Forever and Ever".

@Vexed  Love that one, also!

EH and TJ, my faves. I had an album of each with this song.

The German lyrics actually mean something else. Das Tu Ich So Gerne Für Dich means "I'd love to do that for you". I don't speak German, but I know bits & pieces.

Ben E. King -  (63) (First to bring to record in US) Ben heard it in Italy and his producers Jerry Leiber and Mike Stoller translated the lyrics.

There are many covers of King's version, these are my favorites out of the ones I have heard. You may have others.

Cliff Richard - (08) - (released many years after recording it)

That’s a great song to pick. I didn’t know it was originally Italian. Just for kicks, I looked up the Italian version.
https://youtu.be/bmg9xXLKX38

So here’s my take on them.

Ben E King stayed fairly close to the original, full of drama, and somewhat heavy for a pop song. I like both of them.

I didn’t much care for the Terry Knight version mainly because I’m not a fan of spoken words in songs, but otherwise okay.

Joe Cocker’s gravelly vocals are a good match, too, and it has a nice guitar solo.

Cliff Richard gives the song a more tender feeling of heartache, and the opening acoustic guitar is really a beautiful touch.

But Tom Jones would still be my definitive version. His vocal style is more fluid, which gives it a more romantic feel, and his voice full of passion, which he is so well known for.

The version I remember is Tom Jones https://www.youtube.com/watch?v=I8Q4vpE9DAs

Speaking of Tom Jones, he has a song A Man Without Love (written by Barry Mason) that had several covers.... (see next post).

Of course "Cream's" is still the definitive version, but this is impressive. Of course, I like Apocalyptica's music. 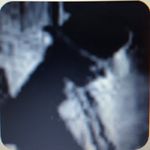 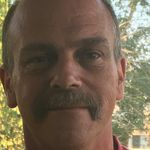 I think that a lot of Pink Floyd songs are practically made to order for the progressive metal artists. AAL gives this one a punch of his own style but doesn’t destroy the original in the process.

Written by Phil Spector & E Greenwich/JBarry, the Ronnettes took it to #100, while Carl Wilson lead vocals took the BeachBoys version to the top 25.

I'll never get tired of that song. They definitely hit that one out of the park.

I like them both, and the videos are really cute.

Thanks @MaVolta those were fun.

This is my favorite GB song! Here are two more. A great song can be good in almost any genre given the right artists.

I’m a long time fan of this next group.

State Of Mine ft No Resolve  (metal version)

State Of Mine has a good sound. Never heard of them before. I should check them out. They're giving Garth a good run for their efforts.

I like them both. They fit different moods. Poison did it in their style without ruining the song.

A fav song of mine when I was a kid,  whose most successful version was recorded by Tommy Edwards in 1958. Carl Sigman composed the lyrics in 1951 to a wordless 1911 composition titled "Melody in A Major", written by Charles G Dawes, who was later Vice President of the United States under Calvin Coolidge.  It is the only No. 1 single in the U.S. to have been co-written by a U.S. Vice President or a Nobel Peace Prize laureate (Dawes was both).

The song has become a pop standard with cover versions by dozens of artists, some of which have been minor hit singles.

Melody in A Major - Tommy Dorsey

"Mrs. Brown You've Got a Lovely Daughter" - written by Trevor Peacock for a play called "The Lads" he was in and sung by Tom Courtenay in the play.

Peter Noone (Herman's Hermits) saw the play and taped the song. The band learned it and would play it often at gigs. The song didn't require royalties.

Tom Courtenay first recorded it in 63.

The cover then would be:

Herman's Hermits needed a song to fill out an album, so they recorded it in '65. (My fav)

Interesting. Even tho the HH's version has a better sound quality, I think Tom's version (with minimal instruments) somehow captures that melancholy vibe better. HH's always did have more of an upbeat bubblegum sound; and it shows thru in this melancholy song.

I agree about Tom's version. Herman's Hermits was what I heard first and their band was a lot of fun to watch. As I got older, I would appreciate quality in arrangements and vocals in any song. Back in the "old days" most of us probably never really got a chance to experience other's interpretations. A lot of things we never knew were covers. Many of  us were limited to a few radio stations and what we could afford at the store or a concert.

I thought that the Silver Beatles was a Beatles' tribute band, not the real Beatles.

0
Kudos
1481
Views
1 Kudo
1,709 Views
2
Share
Report
Reply
Turn on suggestions
Auto-suggest helps you quickly narrow down your search results by suggesting possible matches as you type.
Showing results for
Show  only  | Search instead for
Did you mean:
Users
Need to Know