The Old Post Office was constructed at the end of the 19th century and has survived several demolition attempts. The first was as early as the early 20th century when it was only 20 or so years old.  I saw it in 2000 and it was barely getting by even after a save in the 70's and a remodel in the 80's.  The building is unusual as it has a glass ceiling atrium where postal employees worked, but it also has a tower that contains a collection of bells given to the US by a group from the UK and are called the Congressional Bells and are the second largest in North America.  You get a 360 degree view of DC and it is still controlled by the US Park Service even though the building is now under a lease by Trump Hotels as a Luxury hotel.  Most of the original details are still preserved though the interior has been altered for the Trump Hotel.  The tower is the crown jewel of a building that has survived multiple demolition attempts and is something I would highly reccomend for a visit to DC. 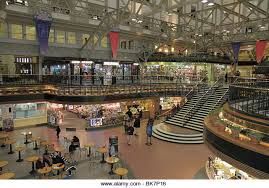 So, what is the name of the building at present? Address?