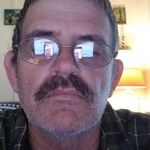 Retire, been there did that, I was medically discharged from the Navy Dec 10,1999 so I tried Tread Quatrers in Va Beach for a year then got tired or cars, so I went to work for teh city of Va ebach as a fenceig and fabrication tech for the city schools, after I found out all teh dirty little secrets of the city, I sold my house and moved to the middle of nowhere in NE North Carolina, I mean the MIDDLE its a half an hour drive to all the local towns, Ahoskie, ScottlandNeck, Murfreesboro a,d Jackson ( the countr seat)

I retired early today three years ago, and I realized that sitting around teh house was goig to put me in a box, I'm only 56, I'll be 57 in May and I took a Job at Anns House of Nuts in Robersonville working the wekend night shift for about a year.....no thanks, money was Great, but The huse werent LOL, so I held out till I got hired by teh state as a General utility worker and a mechanic sho[p, they think I'm totally nuts, but if they need somebody whos preception of safety is old schol, guess who they call LOL

Whatever works for you. I retired at 56 too, but I had enough activities and never missed working. The wife went back to work for awhile after we had traveled for two years. Everyone is in a different place with different interests and different activities available to them depending on where they live.

If you live in the 'middle of nowhere', you have limited activities. I'm in a far suburb of Chicago with endless volunteer activities as well as access to Chicago and all the suburbs.

0 Kudos
3,135 Views
0
Share
Report
Reply
Turn on suggestions
Auto-suggest helps you quickly narrow down your search results by suggesting possible matches as you type.
Showing results for
Show  only  | Search instead for
Did you mean:
Users
Need to Know