Did You Have To Leave An Area You Loved Because You Simply Couldn't Afford To Retire There?

The State of Florida welcomes retirees.  It is a haven for those seeking a senior friendly lifestyle.  I am not happy about having to relocate but reality is that I can no longer afford to live in California.

No, we did not. We also live in the SF Bay Area but financial planning helped us recover from a personal bankruptcy in our early 40's and enabled us to take early retirement despite the Great Recession of 2008-9. We have a very comfortable lifestyle and have LTCi policies to cover old age infirmities (which feel like they're already starting, LOL!).

But we do have friends and family who are very worried about being able to keep living here. With Prop 13 came the good/bad: education suffered a loss of financing but seniors are able to keep a home as their property taxes rise only at a defined, moderate limit. It is hard on renters, though, of any age: very little rental housing is built here (land is very, very expensive) so costs often jump dramatically.

One couple we know moved to Panama. It took them 2 yrs to do a permanent move and once there they moved four or five times, trying different areas/elevations. They are currently happily settled in a gated community in Boquete. But if the husband could afford it, he'd move back to the US in a heartbeat. His wife was born in South America so not a problem for her.

My thoughts as well. I lived in MI, UT, and now NC. We need affordable housing for middle come 55+. We need AARP to go to Washington, DC or states to help the middle come seniors stay afloat and make affordable apt. living for us all. We do not quilfy for low income or make enough for "A Place for Mom".

I agree.....Florida here we come!  May I ask where you plan to live in Florida? 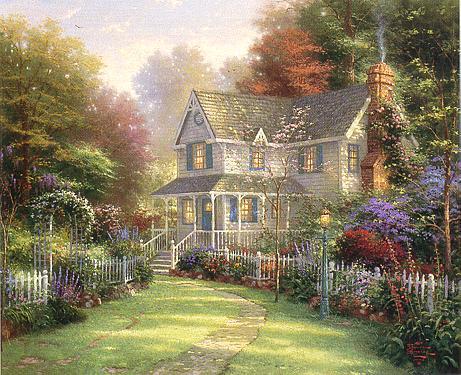 rm92968539 wrote:
I have lived in CT for over 20 years and I love my neighborhood, church, friends, relatives, etc. the taxes and cost of living here is just unacceptable and not affordable. This is a Democrat controlled State so the economy is terrible and taxes too high. We are moving to Florida where the costs are much more reasonable. Follow the Republicans if you want a State with a strong economy, low taxes, better health care and overall quality of life.

My husband and I moved into our California two-story home 37 years ago.  We were both working,  in our late 20's, and in good health. He was diagnosed with systemic lupus at age 36 and was forced to permanently retire at age 49. I was diagnosed with sarcoidosis at age 40, was the primary caregiver for my husband and two autistic grandsons (while my daughtr worked), and suffered from depression, so I retired at age 59. We are now 65 and he has major health issues: end-stage IV renal, severe heart disease, and peripheral neuropathy (in the hospital Nov-Feb-Apr). Our two-story house is very difficult for him, but we haven't relocated locally because we would be forced to part with valuable equity and settle for a far more restrictive mobile home or a condo--all we can afford due to the high cost of real estate in Orange County. It is difficult to leave this area because our three children live nearby and provide social-emotional support for us, and they will play an integral part in our aging process, as our placement in a convalescent home. We are vacillating between leaving this area/having more comfortable living conditions versus staying here/ waiting until we absolutely have to move to less accomodating living quarters.

I enjoy your style of writing.  Your humor, mixed with truths, go down easy. No you are not a bigot. Good luck.

I love your style of writing - you should write more. You mix truths with humor which make your words go down easier: kind of like my favorite writer Samuel Clemens. You are funny and wise at the same time and have a lot of horse sense and no you are not a bigot. Good luck on your endeavors.

My wife and I currently live in Florida but plan to head to Middle America in the next year. We are looking at TN, KY or NC.

The strange fact is that I am a native Floridian, born and raised in pre-Disney Orlando. The suburb I grew up in, “Pine Hills”, used to be a great, safe neighborhood. Today most folks know it as “Crime Hills.” This state has gone to “HE Double L” in a hand basket over the last 25 years.

I can tell you that Florida is no longer a retirement destination. I say that for a number of reasons.

First is cost of housing.

Compared to some places around the US the cost for a place to live is fairly high depending on where you go.  I can buy a home in TN, KY or NC that is twice to three times the square footage as the one I bought here for about 30% less than I paid here.

Other expenses are not that bad but higher than the states we are looking at. The recent recession did make finding a home a bit better because so many people lost their homes.

The second is the culture and infrastructure. First off, let’s face it it’s a beach state and caters to the youth market.  If you are not young you don’t count in Central and South Florida. The population is very transient. If you live in Florida, there's only a little more than a one-in-three chance you were born in this state. In fact, Florida has the second-lowest rate of population made up by native-born residents of that state in the entire nation.

You can live in a restricted community like we do but you end up living in an island surrounded by dangerous neighborhoods.

Because the population is so young and transient many folks have very liberal ideas about religion, political issues, social issues, family values and lifestyles. I admit, I am an old coot that is set in my ways, but I have a right to disagree with them.  I remember back in the 60’s when I was young I had a lot of dumb ideas too. A stint in the military and working hard to raise a family have markedly changed my world view. There is also a huge drug culture. When I was young they said the drugs would kill me. Of course now at my age they say I’ll die if I don’t take my drugs. Go figure. (Old joke, sorry.)

The Associated Press says that Florida is the number-one nuttiest state in America, measured by news output. Mostly that is caused by the under 35 crowd. That’s all the dumb stuff that used to come out of CA, now mostly comes from Florida. I blame it on the heat and humidity. That and dumb people.

On top of that, 23 percent of Floridians were born outside the continental United States.  Both South and Central Florida is heavily Hispanic. Spanish is the most common language heard at the shopping center or grocery store anywhere south of Orlando. South is more Hispanic, (mostly Cuban) than Central (A mix, Mexican, South American and Cuban.)  But the according to the U.S. Census the Hispanic community around Orlando is the fastest growing Hispanic community in the world.   There are other ethnic populations. Here in Orlando there is a large Vietnamese community.

I don’t speak Spanish and am probably too old to learn another language. I couldn’t do it when I was in school so I doubt I’d be able to do it now. My wife doses speak Spanish and when we come across a store clerk does not speak English or that because of the accent I can’t understand, she translates for me.

Third, Population. Too darn many people. I live in Central Florida, the theme park capital of the world. There are 20 million people living in all of Florida and 80 million visitors, mostly to South and Central Florida each year.  That means over crowded roads, drivers that are often not used to heavy traffic or from other countries in the world that know few of our rules.  Driving on I-4 at rush hour is taking your life in your hands.

South and Central Florida has been unable to update the infrastructure to keep up with the increase in population over the past 25 years. Most schools have classes in portable trailers because they can’t build the schools fast enough. The roads and bridges are a disaster. Problems with the power grid (Power lines and Hurricanes don’t mix. You would think they would bury the lines here.), water shortages, sewage issues you name it.

So, in short it will be cheaper to live outside of Florida in our retirement years.

In this post I probably come across as a bigot and racist. I don’t believe I am.  I currently live in a 55 and older community. My neighbors and friends are of every race, creed and color you can think of. The one think that brings us together is the experience of age. It overrides all other titles.

Wow, the rent increase sounds so unfair. It seems to me they are trying to push people out so they can sell the property. Not fair, but it's their land and they don't care about you or anyone else and to make matter worse they make it hard for you to sell your trailer. They don't want people to move in no matter what. I guess the only thing to do is move your trailer to another park, if you can find one, or buy a little piece of land and park your trailer there, maybe out of town on land that nobody wants, my husband and I see little trailers all over the place 10 miles out of town: you might have to travel a bit further to shop and stuff, but it it's your land and taxes would be hardly nothing too.

Loneliness is no good for anyone. I would join a small church, not a large one, a small one, because people get to know each other and are more friendlier and take care of each other, whether you believe in God or not. That's a start. Just be yourself and join activities there in church and the rest will come. Take care.

Thanks for your post! We are considering Roseville, but I am very worried about the water shortage! I've been to Bend, or at least through it, on a driving trip through Oregon, and I wish you well! Oregon is SO beautiful! We could sell our Bay Area house and buy a house outright in Roseville, moderate priced, but the water shortage and the higher heating/cooling bills will wipe out the total housing cost difference, I'm afraid. Best of luck to you! : )

Report Inappropriate Content
0
Kudos
5037
Views
Reply
0 Kudos
Turn on suggestions
Auto-suggest helps you quickly narrow down your search results by suggesting possible matches as you type.
Showing results for
Show  only  | Search instead for
Did you mean:
Users
Announcements