trump, Guliani and Russia.....Dumb Down Americans

trump, Guliani and Russia.....Dumb Down Americans

When Republican lawmakers this week abruptly canceled a plan to subpoena a former Ukrainian official in their investigations into the energy firm that hired former Vice President Joe Biden's son, they said it was to allow more time for senators to receive additional briefings.

But a Ukrainian magazine editor has told CNN that the target of the subpoena, Andrii Telizhenko, once offered him money to lobby US senators on behalf of pro-Russian media outlets.
A former Ukrainian diplomat, Telizhenko is an ally of Trump's personal lawyer, Rudy Giuliani, and has been an enthusiastic proponent of the debunked theory that Ukraine, and not Russia, interfered in the 2016 US elections. Telizhenko has also backed Republican claims that Trump's Democratic rival, Joe Biden, shut down an investigation into the Ukrainian gas company Burisma when his son, Hunter, served on its board. Biden has consistently denied any wrongdoing.
The Senate Homeland Security and Governmental Affairs Committee called off a vote to subpoena Telizhenko earlier this week, amid accusations from Democrats that the investigation was calculated to damage Biden's presidential bid.
Questions also swirled about Telizhenko's reliability as a witness -- the FBI briefed staff on issues connected to the subpoena on Tuesday, the day before the committee was supposed to vote, according to a Senate Democratic aide. Telizhenko says he's the victim of a smear campaign and flatly denied to CNN he was a "Russian agent." 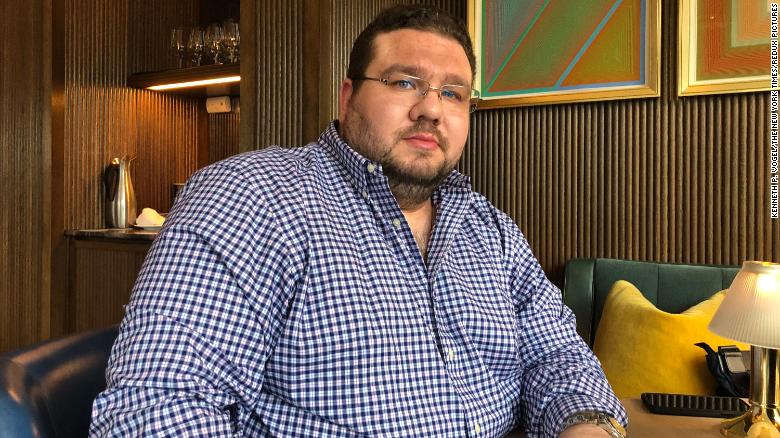 Andrii Telizhenko, a former Ukrainian official, who has become involved in Republican efforts to pursue Joe Biden.
In a development that could raise more questions about Telizhenko's reliability, Vladislav Davidzon, who runs a magazine called the Odessa Review, has told CNN that Telizhenko offered him $5,000 in 2018 to approach prominent Republicans to speak out against efforts by Kiev to curb the influence of two TV stations.
CNN has reviewed a series of messages between the two men that came against the backdrop of an attempt by Ukrainian lawmakers to censure two channels, 112 and News One, for allegedly broadcasting Russian propaganda in the years following Moscow's annexation of Crimea in 2014.
In October 2018, the same month that lawmakers voted in favor of a resolution to sanction the two stations, Telizhenko wrote to Davidzon, asking: "Have a question do you or your father have contacts with US Senators? I really need a favour for witch (sic) I can pay up to 5k."
Davidzon, 35, is the son of influential US-based Russian language media owner Gregory Davidzon -- once dubbed "The Kingmaker of Little Russia" in a 2012 profile by The New York Times.
After expressing concerns about how the new Ukrainian proposals could shut the broadcasters down, Telizhenko then says: "My question is is it possible to get an official comment on a Senators (Rand Paul, Lindsey Graham for example) website next week about this situation of censorship in Ukraine? Really important for me and need fast."
Davidzon replies: "Ok. I have a bit of time. But not sure what I can do."
Davidzon told CNN that he considered the offer of money to target senators like Graham was "improper" and never reached out to any US lawmakers as a result. 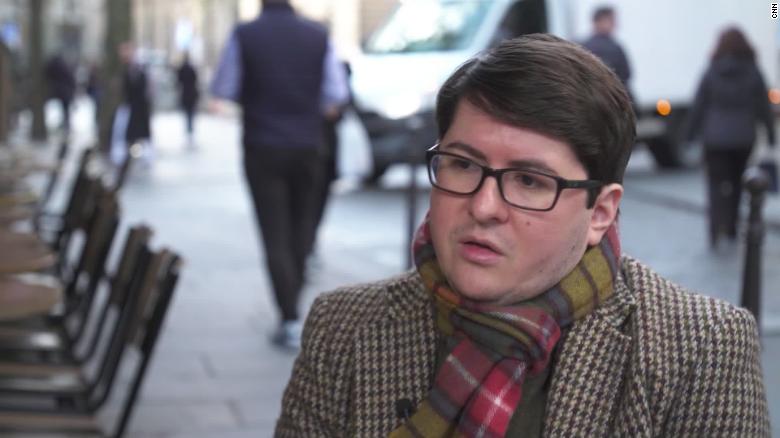 Magazine editor Vladislav Davidzon says he was offered money by a Giuliani ally to lobby US senators.
In a telephone interview on Friday, Telizhenko said he had indeed contacted a small number of people including Davidzon on behalf of 112 and News One. He said the approaches were made on his own initiative and that the money he offered was his own, for expenses incurred.
Graham's office declined to comment. Paul's office did not reply, nor did representatives for the two television stations.
Republican-led investigations that could entangle Biden have been gathering speed amid the former Vice President's surge in the Democratic presidential primaries.
Sen. Ron Johnson, chairman of the Senate Homeland Security and Governmental Affairs Committee, had scheduled a vote on whether to subpoena Telizhenko on Wednesday. Johnson wanted access to information Telizhenko claims to have on Blue Star Strategies, a political consultancy which once employed Telizhenko and that had carried out work for Burisma. However the vote -- which was expected to pass along party lines -- was called off at the last minute after Johnson wrote to committee members saying he wanted to leave more time for additional briefings.
He said he would seek records directly from Blue Star instead. 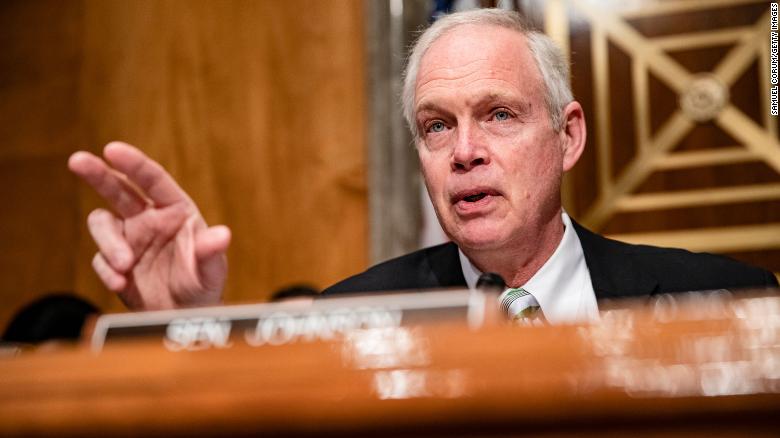 Sen. Ron Johnson, chairman of the Senate Homeland Security Committee.
The top Democrat on Johnson's committee, Sen. Gary Peters, had been opposed to subpoenaing Telizhenko, arguing that the probes could be tainted by Russian disinformation. He had requested members receive an intelligence briefing on the Ukrainian before considering him as a witness. The decision to call off the vote, however, came as a surprise.
The effort to enlist Telizhenko was launched in December 2019 by a trio of Republican senators -- Johnson, chairman of the Homeland Security Committee, Graham, chairman of the Judiciary Committee, and Charles Grassley, chairman of the Finance Committee. They demanded interviews and documents from Telizhenko and Alexandra Chalupa, a former Democratic National Committee contractor. Telizhenko has said that, when he was a diplomat at the Ukrainian embassy in Washington, he was instructed to work with Chalupa to "dig for dirt" on Trump and his team.
The DNC and Chalupa have always denied the claims. Yet Telizhenko's insistence upon repeating them brought him into Giuliani's orbit. He accompanied the former New York City mayor on a so-called fact finding mission to Kiev in November and appeared on his podcast earlier this year.
more at:  A Giuliani ally offered cash to lobby US senators on behalf of pro-Russian TV stations

the only thing dumber than a toad is one who worships a toad.

And at this point I think that we can add

Sen johnson's name to the "russian spook" list, along with rudy...all helping to support the putin propaganda machine, along with many repubs in the Senate...maybe we should have all of them to reapply for Citizenship, be investigated, and to take a Patriotism test...wonder how many might fail!

Trump, Giuliani, Russia, and the Whole of the Republican Party are all together members of the Lie, Cheat, and Connive to Win at All Costs Club.  They are totally and absolutely despicable and without moral fiber or character and unfortunately our fellow Americans (those on the republican side) have been seemingly irreparably hypnotized and fully bamboozled.

Integrity has seemed to escape many Republicans/Conservatives.  Apparently, It's no longer a "Christian Value"....


"FAKE 45 #illegitimate" read a sign at the Woman's March in DC, 1/27/2017
1 Kudo
87 Views
0
Share
Report
Reply
Turn on suggestions
Auto-suggest helps you quickly narrow down your search results by suggesting possible matches as you type.
Showing results for
Show  only  | Search instead for
Did you mean:
Users
Announcements