"It Would Be An Earthquake" China

Re: "It Would Be An Earthquake" China

The U.S. is moving down a dangerous path. It's okay to use sanctions occasionally, but overuse of sanctions will eventually cause other countries to bypass the dollar. They'll not only use other currencies for the benefit of their own economy, but it will give them some satisfaction - standing up to the bully nation. The U.S. wants to have control of other nation's economies by sanctioning them or threats of sanctions. I've never been totally against sanctions, and it sure beats war. But overuse will cause, to use a CIA term, "blowback".

What goes around, comes around. The blowback has already started. Keep in mind Germany, France,  British are looking at creating a new system to move money around the world, and the US could not impose anything on anyone in that system. The countries could just move to their system and stop using he one we control. The US under trump is fast loosing all leadership in anything around the world. As the leader of Iran said today the WH has mental problems, and most of the other countries are saying Amen.

Re: "It Would Be An Earthquake" China

The U.S. is moving down a dangerous path. It's okay to use sanctions occasionally, but overuse of sanctions will eventually cause other countries to bypass the dollar. They'll not only use other currencies for the benefit of their own economy, but it will give them some satisfaction - standing up to the bully nation. The U.S. wants to have control of other nation's economies by sanctioning them or threats of sanctions. I've never been totally against sanctions, and it sure beats war. But overuse will cause, to use a CIA term, "blowback".

What goes around, comes around.

"It Would Be An Earthquake" China

In news that initially did not receive much prominence, on Monday a US judge found three large Chinese banks — reportedly the state-owned Bank of Communications, China Merchants Bank, and Shanghai Pudong Development Bank — in contempt for refusing to comply with subpoenas in an investigation into North Korean sanctions violations. This could open the door for them to be cut off from the US financial system, i.e. SWIFT.

"Should it occur, to say that China will not take that well is as large an understatement as one can conceive of. It would be an earthquake", commented Rabobank's Michael Every. 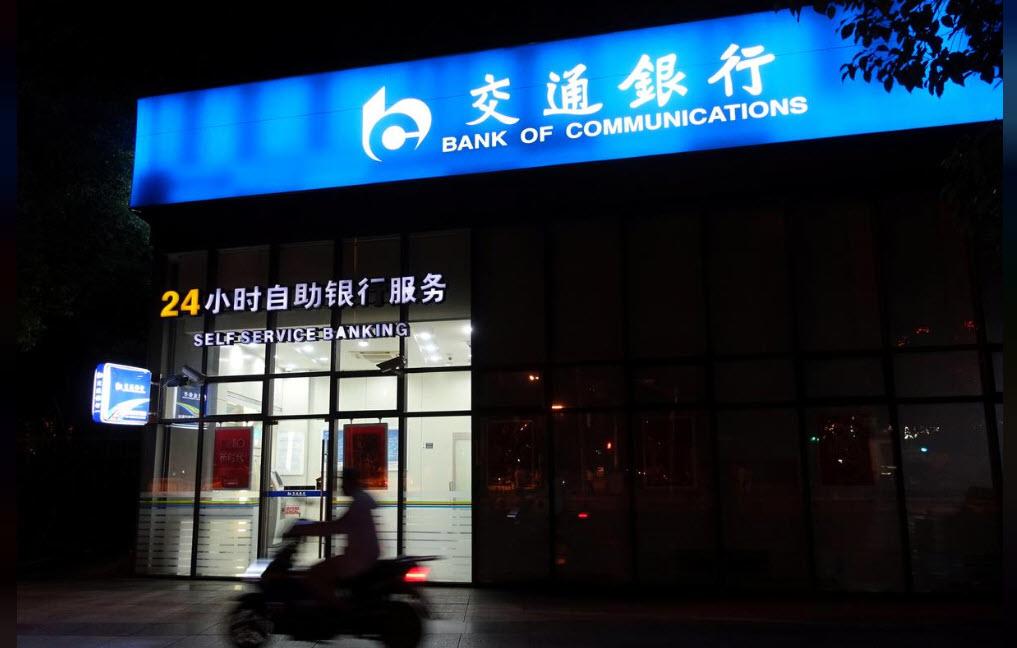 The stunning development follows a May district judge order that three Chinese banks comply with U.S. investigators’ demands that they hand over records connected to the alleged movement of tens of millions of dollars in violation of international sanctions on North Korea. The publicly released court document did not name the banks, the Hong Kong company, or the North Korean entity at that time.

As the WaPo adds, according to a 2017 ruling by the US DOJ, the banks were accused of working with a Hong Kong company, which allegedly laundered more than $100 million for North Korea’s sanctioned Foreign Trade Bank. The newspaper said the bank at risk of losing access to U.S. dollars appeared to be Shanghai Pudong Development Bank, whose ownership structure, limited U.S. presence and alleged conduct with other banks matched with the details disclosed in the court rulings.

Shanghai Pudong Development Bank doesn’t have U.S. branch operations but maintains accounts in that country to handle dollar transactions, the report said, adding the subpoena battle will go before a federal appeals court in Washington on July 12.

Shanghai Pudong Development Bank, asked about the report that it could lose access to the U.S. financial system, said in a statement that it will strictly abide by the relevant laws and regulations. Meanwhile, China Merchants Bank told Reuters on Tuesday it complies with related United Nations resolutions and Chinese laws, and is not involved in any investigations related to possible violations of sanctions.

Needless to say, the stock prices of all three Chinese banks - which are listed on the Shanghai Stock Exchange - tumbles with shares of China Merchants Bank closed down 4.82%, after being off 8.5% earlier in the day, while Shanghai Pudong Development Bank declined 3.08% and Bank of Communications dropped 3.02%.

Some more details from the original report:  The subpoenas targeting thre three banks were issued in December 2017 as part of a U.S. investigation into violations of sanctions targeting North Korea’s nuclear weapons program, including money laundering and contravention of the U.S. Bank Secrecy Act.

Geng Shuang, a spokesman at the Chinese foreign ministry, said “We ask our companies and overseas branches to abide by local regulations and laws and operate within the framework of law, and cooperate with the local judicial and law enforcement bodies. At the same time, we are against U.S. so-called long arm jurisdiction on Chinese companies. We hope the U.S. will step up bilateral cooperation on finance with other countries,” Geng said at a daily briefing in Beijing.

Currently, there’s no conclusive information that Chinese banks will be sanctioned, PBOC publication Financial News reported on Tuesday, citing an unnamed industry veteran. Chinese banks will not lose their U.S. dollar clearance qualifications, and the market should not over-interpret this, the same person was quoted as saying.

The news that the US may use SWIFT as leverage against China comes just days before the G-20 summit in Japan this weekend, which will be the first meeting between U.S. President Donald Trump and Chinese President Xi Jinping since trade talks between the two countries broke off in May. They will discuss issues such as tariffs, subsidies, technology, intellectual property and cyber security, among others.

The U.S. government has put some Chinese firms including telecoms equipment maker Huawei Technologies Co Ltd on a trade blacklist while China is also drawing up its own “Unreliable Entities List” of foreign firms, groups and individuals.

VIMTSTL
Report Inappropriate Content
Tags (5)
0
Kudos
456
Views
2
Replies
Reply
0 Kudos
Turn on suggestions
Auto-suggest helps you quickly narrow down your search results by suggesting possible matches as you type.
Showing results for
Search instead for
Did you mean:
Users
Announcements