You Could Use A Cold One

Re: You Could Use A Cold One

Yet another disingenuous cartoon.

Re: You Could Use A Cold One

This is my take on what Mueller said yesterday
Russia meddled in our elections BIG time. and we need to pay attention to that.

He did say that he by the DOJ rules could not and would not  indicte a sitting President. he mad this clear.

Bu, he opened the door for the people that could indict him do so with the process that they passed. He simply provided them with the evidence that he had. and it was up to Congress and not up to him to do so.

Although I believe that Trump obstructed Justice, many times.  still firmly believe that it would not serve anyone by impeaching Trump when you have a Senate that will not do so.

We are now too near elections to make that mistake. Let the people be the ones that judge Trump.

You Could Use A Cold One 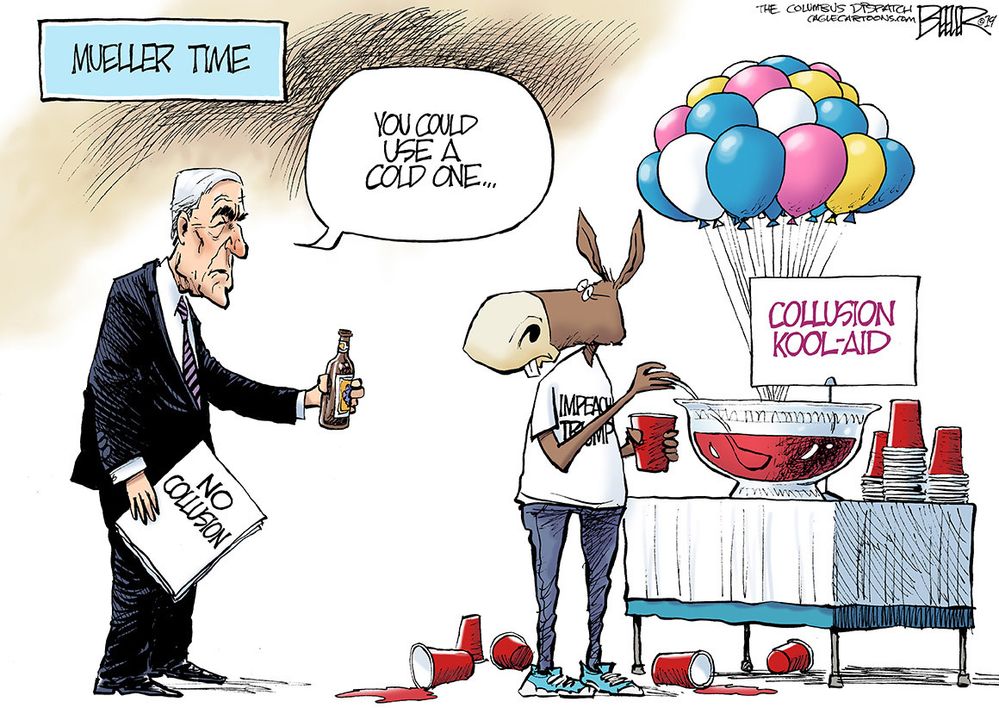