Yet another empty Trump threat

Re: Yet another empty Trump threat

Trump's threat was nothing more than yet another dog whistle to his supporters.

He's gotta give em something to re-enforce their belief in their hate mongering supreme leader!

TRUMP DOG WHISTLES TO HIS BASE OF SUPPORTERS 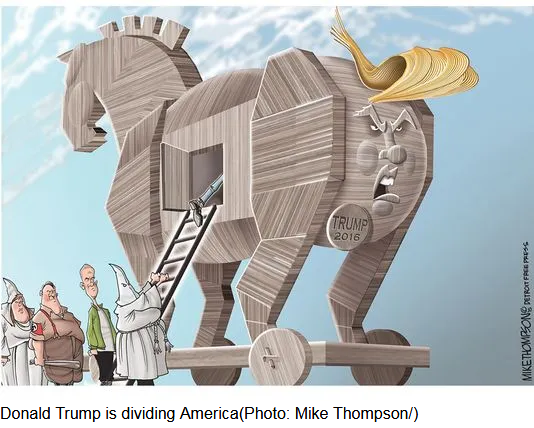 Yet another empty Trump threat

Vladeck added that if the president deploys forces under federal orders, he would be responsible for whatever happens. Trump refuses to take responsibility for anything. As soon as somebody reads this part to the illiterate moron, he will pretend he never said it and America will lose just a bit more of its credibility.  ITYS

Trump’s reaction immediately pulled the Pentagon into a crisis that already has racial and political dynamics. It follows other incidents in which the president has politicized the military, including the deployment of active-duty service members to the southern border, threats to North Korean leader Kim Jong Un on Twitter and intervention into criminal justice cases.

While federalized troops can be effective peacekeepers in situations where trust between police or civilians is broken, she said, Trump’s comments indicated he wanted to use military force in a suppression role, and are consistent with his tendency to use tough-guy rhetoric.