Will any Repubs Show Respect for the Constitution?

Today's version of the Republican Party has no respect for:

That's what Donald Trump did to what was once a proud party and symbol of real conservatism.

Today's republican party is tired of picking up the bar of soap. Those day are over. You want honesty? here's the truth as hard as it maybe to accept. We live in a world of liars, leakers and liberals who continually attempt to undermine this administration. The POTUS continues to drain the black water from government. The insidious nature of the entitled bureaucracy of liberals spawned by the Obama administration, is being flushed from the swamp.

This POTUS is the most open available president EVER!

This POTUS made NATO stronger by being the adult in the room and calling out the slackers in Europe.

The job is almost half done. It's gonna get worse for the swamp before it gets better for all Americans. 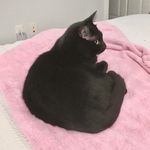 TRUMP  does not understand the word respect.... just contempt. Respect requires a moral code , another glaring fault of many dems. It is without a doubt, TRUMP would re-write the constitution if they he could.

Today's version of the Republican Party has no respect for:

That's what Donald Trump did to what was once a proud party and symbol of real conservatism.

Fishslayer777
Honored Social Butterfly
0
Kudos
329
Views
329 Views
Message 15 of 239
Dems do not understand the word respect.... just contempt. Respect requires a moral code , another glaring fault of many dems. It is without a doubt, the dems would
re-write the constitution if they could.

The constitution will be further respected since 191 federal judges who respect the constitution have been appointed.... for LIFE! Thank you Mitch McConnell and President Trump! (kudos to Harry Reid and Obama)

ChasKy53 It all depends on whether Dr. Doolittle,DVM, is in the mood as a flight instructor. So,purrhaps. Actually there is more of a chance for pigs to fly than any Repugnant will show respect for the Constitution and the oath they took, "I do solemnly swear (or affirm) that I will support and defend the Constitution of the United States against all enemies, foreign and domestic; that I will bear true faith and allegiance to the same; that I take this obligation freely, without any mental reservation or purpose of evasion; and that I will well and faithfully discharge the duties of the office on which I am about to enter: So help me God".

The only way that we will ever again see any trump repub respect for the Constitution is if trump repubs repent and denounce trump, mitch, and barr!

Anyone want to set the odds for that taking place?!

So incredibly true! Anyone that believes that this is possible... I have a magnificent bridge for sale at a reasonable price. I have been waiting for just the right moment to offer it up. williamb39198 gave me the PERFECT opportunity to do so..

The title of this topic reminds me of another question:

William is absolutely correct. Today's ALL WHITE REPUBLICAN PARTY has no respect for the Constitution. Their sole concern is keeping Comrade Trump in power, at any cost.

Report Inappropriate Content
1
Kudos
274
Views
Reply
1 Kudo
Turn on suggestions
Auto-suggest helps you quickly narrow down your search results by suggesting possible matches as you type.
Showing results for
Show  only  | Search instead for
Did you mean:
Users
Announcements