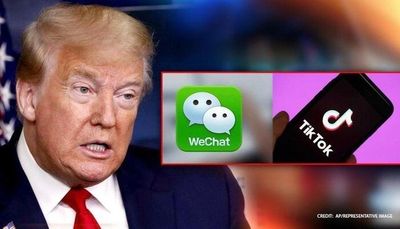 Trump's ban on Tik Tok (and WeChat) is not really about national security. It's about our Trade war with China.

Back in 2009 China banned the largest US social media sites, including Facebook, Twitter and Google. They said it was for reasons of national security.

During that time China was experiencing some rioting and they were blaming social media sites for spreading a lot of misinformation and those sites were allowing people to organize those riots. So, they said "We need to put an end to fake news" and they banned the sites.

Although that was somewhat true, China could have just filtered those sites. Instead, they banned them.

As soon as China banned those sites, Chinese companies filled that void.

⦁ China's 'Sina Weibo' replaced Twitter.
⦁ Facebook was replaced by the Chinese version called 'RenRen'.
⦁ Chinese Youtube is called Youku.
⦁ They have WeChat, which is the Chinese version of WhatsUp.
⦁ They also have their own search engine company. They don't have Google. They have Baidu.
⦁ Tik Tok is China's answer to SnapChat.
⦁ They also have their own version of Amazon called Alibaba.

China's population is five times that of the US. So, China is thinking "Why should we allow your country, which is only a fifth the size of ours, make a fortune off our enormous population?"

Trump also has called out China on its 'theft of intellectual property.' But it's not entirely 'theft'.

Now Trump is demanding Tik Tok and WeChat become business partners with a US comapany because China demands the same from American companies.

If you really believe that I have a bridge to sell you. Here is your answer. 5 BILLION  Trump wants out of the deal, and to beat China. See my post on the details of the 5 billion.

0 Kudos
166 Views
0
Share
Report
Reply
Turn on suggestions
Auto-suggest helps you quickly narrow down your search results by suggesting possible matches as you type.
Showing results for
Show  only  | Search instead for
Did you mean:
Users
Announcements