Last night’s Democratic debate, which inevitably dealt with the recent impeachment of President Donald Trump, drew just over 6 million total viewers for PBS and Politico, according to Nielsen figures. Topics such as the economy, climate change, racism, Afghanistan, and taxing the wealthy were also on the agenda.

That total, which counts the PBS broadcast and the simulcast on CNN and CNN en Español, makes it the least watched debate so far in the current cycle, only just behind the previous MSNBC debate which drew 6.5 million. Last night’s squaring off reached more than 2 million viewers across PBS stations nationwide, and was seen on CNN by just over 4 million people.

None of the Democratic debates thus far in this cycle have come near to the 24 million viewership figure posted by Donald Trump’s first debate on Fox News in August of 2015. The most watched debate from this cycle to date was the very first on NBC which drew 15.3 million total viewers, while the Democratic debate record to beat is the 15.7 million who tuned in for the CNN debate from the 2016 election cycle between Bernie Sandersand eventual nominee Hillary Clinton.

IMHO. Yang had the only message that actually resonated with people...

I watched a good bit of the debates and to me there was no winner, but they all lost and the Dems lost. It was like a group of children putting on a performance for a group of people who have little knowledge of the real world. Trump was missing from the back and forth most of the time, but big new programs were being talked about all the time, and none of them will ever happen in the next 4 years. One even attacked another for sttudering in a TV after debate interview. (What he was doing was showing how he used to talk years ago before he was cured.) There only seemed to be one that wanted to take on Trump as number one. Let me close with this. Watch the TV program on what Russia and others are now doing to get Trump reelected and see if you heard an answer from anyone on how they will handle that, or if they will make Trump the number one subject of the election. So far the answer from them is no we want to waste your time with things that will never happen.

Per CNN, the Debate Winners

Per CNN, the Debate Loser

One commentator Chris Cillizza -- from CNN, no less.

Chris Cilliza of CNN spends a lot of his time bashing Bernie. But I'm glad he rated Bernie as "Losing the Debate" because Chris Cillzza has a terrible record rating candidates.

Here he ranked the top 10 people most likely to wind up as the "Democratic nominee" against President Donald Trump in 2020.

As you'll notice, three of his top four choices either dropped out (Kamala and Beto) or didn't qualify for the Debate (Booker). 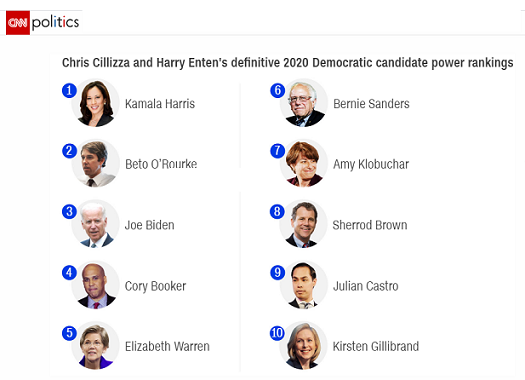 You or Chris Cillizza won't convince any Bernie Sanders supporters that he lost the Debate.

Here is CBS News Reporter who watched the Debate with Bernie's supporters. She described their reaction well...

Per CNN, the Debate Winners

Per CNN, the Debate Loser 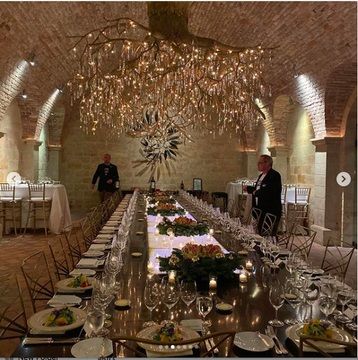 Frank Luntz is an American political and communications consultant, pollster and pundit, best known for developing talking points and other messaging for Republican causes.

He advocated use of vocabulary crafted to produce a desired effect; including use of the term death tax instead of estate tax, and climate change instead of global warming.

Luntz describes his specialty as "testing language and finding words that will help his clients sell their product or turn public opinion on an issue or a candidate."

He is also an author of business books dealing with communication strategies and public opinion.

He held a focus group during the Democratic Debate consisting of 25 participants.

Frank Luntz: "There were 25 participants. Six of them walked in there supporting Bernie Sanders. There were 14 of them walked out saying Bernie was the big winner of the Debate...It was a big night for Sanders and a disappointment for the other candidates."

Frank Luntz: "Elizabeth Warren won the dual with Mayor Pete because Mayor Pete was seen as attacking her. It is a very strong issue among Democrats - 'Get money out of politics. Don't be in the pockets of millionaires and billionaires'. But Democrats don't like it when they go at each other because they think that it's going to help Donald Trump."
"The second point, that fundraiser itself (the Wine Cave Fundraiser) was unseemly and our voters in the focus group were really angry at Mayor Pete for actually holding the fundraiser in the first place."

Frank Luntz: "For the first time in my professional life I can't call it...and it is now too close between Sanders, Warren, Biden and Buttigieg."

Report Inappropriate Content
2
Kudos
376
Views
35
Replies
Reply
2 Kudos
Turn on suggestions
Auto-suggest helps you quickly narrow down your search results by suggesting possible matches as you type.
Showing results for
Show  only  | Search instead for
Did you mean:
Users
Announcements