People vote with their purse. Republicans feel like the New England Patriots, but I'm starting to feel like we're winning too much.

Maybe we'll throw you a bone.

Actually.... the republicans won the debate.

In the minds of most tRump supporters, tRump wins everything.

Yep republicans won .... again. We're laughing all the way to the wine cave.

We had wine caves which was the lead tonight on the news.

You want Trump then you keep supporting the path they are on and you will have him forever.

If you want change then go after them to set the tone for the election and counter now what Russia has started to do along with the far right.

For many of us, getting big money out of politics is not only important, it is urgent. Long overdue.

As Frank Luntz pointed out - "The second point, that fundraiser itself (the Wine Cave Fundraiser) was unseemly and our voters in the focus group were really angry at Mayor Pete for actually holding the fundraiser in the first place."

Nancy Pelosi once again, bringing her top donors and other powerful political figures to wine country for a two-day legislative and issues conference at the swanky Villagio Inn and Spa.

The session is not a fundraiser, but invitees are members of the 2014 Democratic Congressional Campaign Committee Speaker’s Cabinet, a group that requires a contribution of $32,400 this year to the party committee.

Pelosi is also bringing in a handful of vulnerable Democratic lawmakers to mix and mingle with some of her biggest supporters. Getting picked to attend is considered an opportunity to schmooze with potential mega donors. 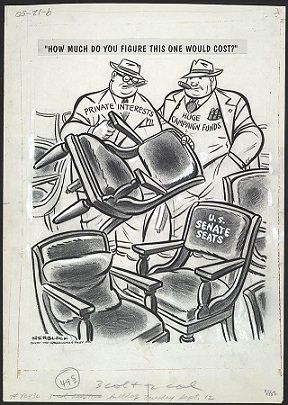 I doesn't matter in the least who won this debate, there are different opinions about it but frankly, it just doesn't matter. In the 2016 election Hillary won every debate with tRump and lost the election. The person who wins the most primary debates may not be the one who wins the primary. It's not worth debating about, IMO.

You are right there was no winner in the debate. There was a big looser through and that is everyone who wants to see Trump loose in 2020. These debates set no tone on subject to show why Trump should be defeated. What Trump does is set  the talking points and the Dems are letting him do that again by having  the usual type debate of here is what I will do rather than here is how we end Trump, and how I will do it. Just tonight CNN spent one hour on Trumps lies. There was enough in that hour that the Dems could have picked up on and used in debates. This week a court threw out the ACA. This is a subject they could have picked up on and shown how it will wreck the health care system and what they will do to undo what Trump has done. We have a Russian Co now producing material and using it to help Trump in 2020, along with another smaller Co which Twitter just took down. They could have used that and how they will move to counter that, and stop it when they are elected. There has to be a change in how they approach the election. Go watch the CNN program as it covers what the Trump supporters do and how it can effect the average person.  Time is running out.

Actually.... the republicans won the debate.

In the minds of most tRump supporters, tRump wins everything.

I doesn't matter in the least who won this debate, there are different opinions about it but frankly, it just doesn't matter. In the 2016 election Hillary won every debate with tRump and lost the election. The person who wins the most primary debates may not be the one who wins the primary. It's not worth debating about, IMO.

You better learn about Frank Luntz record in what he does. He is one of the worst. Second learn about what a focus group session is and what it does.
~~~~~~~~~~~~~~~~~~~~~~~~~~~
I first "learned" about Frank Luntz sometime during the Bush years. There was a special about him, I think it was on PBS. Maybe 60 Minutes. One of those types of shows. They showed his focus groups. The participands would press buttons or use dials so he can judge their reactions to what he would say. He had it down to a science. Since then I've seen him appear on political talk shows numerous times.
I didn't like him back then because he was helping Republicans win by choosing the best words and phrases to sway voters. I saw it as manipulating voters with words and phrases. I'd hear some of my Republican friends use Frank Kuntz's words to defend Republican policies.

I didn't like him, but I respected him because he was very good at what he did.

Let me give you some background on Frank Luntz...

Well you read a nice article which promoted his business. With me it is a little different as I used what the people like Luntz turned out. We did Focus Groups all over the US on products and ideas that we were looking at developing or marketing, and this was the beginning of  focus groups. We hired firms to do the research and attended quite a few of the sessions. The approach can be different for every product or idea. Sometimes you want to know how people view something before you set final plans, other times you are testing adv. or selling approaches. You design your group to fit where you will be working with your product or ides. Young, old, male, female, income, city, rural, or all people. The secret is having a person who leads the discussion being really good and drawing out everyone on the panel as there will be some who love to talk and others who will not. The results you get are not fool proof as Frank found out with FOX. They are worth doing and if used in the right way be a good guide for the people or Co who wanted it done. On the whole we had good results. Here is a little secret for you. You feed the panel well before during, and after the session. The people like me sitting behind the one way glass watching also got fed. Yes Frank has developed things for the far right that was then  pushed by the far right and you heard it over and over again. You hear it in these forms everyday, and it is what is being done now by Russia and others to help Trump, and they are doing a good job so far. The Dems have their heads buried in the sand by what the debates were about. Every debate has been a step toward disaster by the current crop in them. If you want Trump as the forever Dictator then keep on as you are in defending them, or start to get them to change and make Trump and what he has done the major point of why one of them would be best to beat him. An example is the health care court ruling that just came down. It is stayed now,  but if it is upheld the ACA is over and the current health care system goes into one big mess. Higher Prem, and cost for everyone. The pre EX has to come back along with quite a few other problems it cured. Nothing talked about that. We had wine caves which was the lead tonight on the news. You want Trump then you keep supporting the path they are on and you will have him forever. If you want change then go after them to set the tone for the election and counter now what Russia has started to do along with the far right.

But here's the far more important point. Most people do not cast a vote based on debates. If you will recall, Hillary won all 3 presidential debates in 2016 but Trump was elected. The relevance of debate performances are almost always overrated. Most people vote for a candidate whom they like and he or she makes them feel comfortable.

"How many of you have a positive impression of Donald Trump? Raise your hands."

"How many of you have a positive impression of Hillary Clinton? Raise your hands."

Democrats could learn something from this video...

Answer to that question at the 4 minute and 30 second mark of the video - until the end...

Report Inappropriate Content
1
Kudos
381
Views
Reply
1 Kudo
Turn on suggestions
Auto-suggest helps you quickly narrow down your search results by suggesting possible matches as you type.
Showing results for
Show  only  | Search instead for
Did you mean:
Users
Announcements