After a year of military officials publicly emphasizing the dangers of white nationalism in the ranks, a poll of Military Times readers found little change in the prevalence of those racist views among troops.

The issue of extremists in the ranks gained national attention again recently after the arrest of Coast Guard Lt. Christopher Hasson, a former active-duty Marine and Army guardsman who was plotting a mass murder of political and media figures. Investigators have found evidence that he was a long-time white nationalist who held violently racist views even before his first enlistment in the military.

About 22 percent of service members who participated in the survey last fall said they have seen signs of white nationalism or racist ideology within the armed forces.

That’s roughly the same level as results from the 2017 Military Times poll, conducted in the weeks following a clash between white supremacist groups and counter-protesters in Charlottesville, Virginia, that sparked a national conversation about right-wing extremists.

Among non-white service members in the poll, incidents of racism and racist ideology increased from 42 percent in 2017 to more than half those surveyed in 2018. 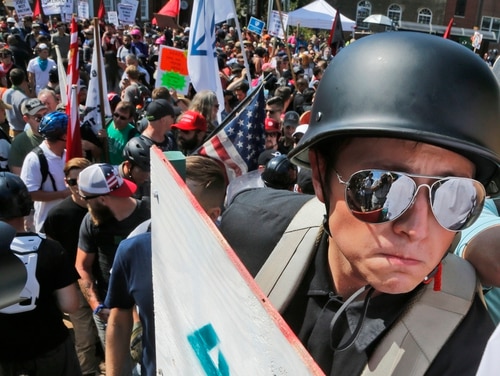 One in four troops sees white nationalism in the ranks

The figure was even higher among minorities. Nearly one-third of troops surveyed see the problem as a national security threat.

The results from the survey, conducted in September and October, suggest ongoing problems with infiltration of the military by extremist groups, even as military leaders have reminded service members that white nationalist views are opposed to military values.

Respondents said the problematic signs included casual use of racial slurs and anti-Semitic language, display of the Confederate flag despite complaints from other troops, swastikas drawn in bathrooms in combat zones, and tattoos known to be connected with white power propaganda.

*I have several colleagues who have said they are ‘alt right,’” wrote one anonymous service member. “They make very clear statements of strong hatred against blacks, Muslims, Hispanics and immigrants in general. They punish others by withholding favorable assignments, actions, etc.

“I had no idea so much hatred was present in our country (and military) before this president was elected; it's horrifying.” 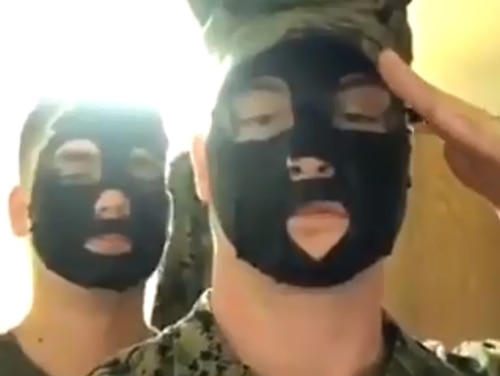 In February alone, there have been at least three incidents involving Marines and allegations of racism or an affinity for Nazi propaganda.

President Donald Trump has repeatedly stated that he opposes racism in all forms, but he has come under criticism from liberal groups for focusing more on immigration issues than domestic terror groups.

Among all troops who participated in the survey, about 35 percent saw the problem of white nationalism as a significant threat to the country. That’s higher than the total troops who see Syria (24 percent), Afghanistan (13 percent) or immigration issues (23 percent) as a serious national security issue.

Another 37 percent said they see it as little or no danger.

Earlier this week, a group of Democratic lawmakers requested assurances from the Departments of Defense and Homeland Security that Hasson’s case is not “indicative of a larger, systemic issue within the United States Armed Services.” 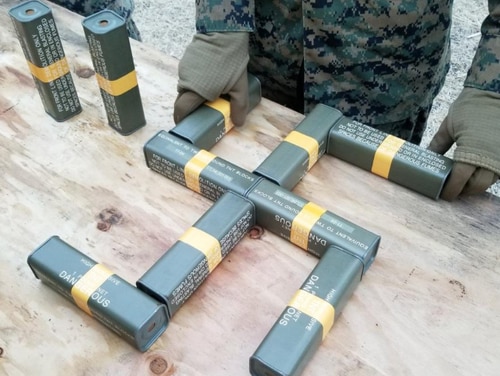 Tweets included scores of Nazi propaganda and even depicted military breaching explosives placed in the shape of a swastika.

Iraq War veteran Rep. Anthony Brown, D-Md., and one of the letter signers, said in response to the Military Times poll findings that more needs to be done to address the problem.

“White nationalism, racism, xenophobia, and extremism have no place in United States and cannot be allowed to spread in the armed forces,” he said.

“These hateful ideologies run counter to the values and ideals of our nation – principles every soldier, sailor, airman, and marine are fighting for. As we confront threats around the globe, we cannot sacrifice the values that makes us a shining example for the world.”

Between Sept. 20 and Oct. 2, Military Times in collaboration with the Institute for Veterans and Military Families (IVMF) at Syracuse University conducted a voluntary, confidential online survey of U.S. service members. The survey included 19 questions on service members’ opinion(s) related to the current political climate, policy and national security in the United States.

The survey received 829 responses from active-duty troops. The IVMF used standard methodology to estimate the weights for each individual observation of the survey sample. The margin of error for most questions was roughly 2 percent.

The survey audience was 89 percent male and 11 percent female, and had an average age of about 31 years old. The respondents identified themselves as 76 percent white, 13 percent Hispanic, 9 percent African American, 5 percent Asian and 6 percent other ethnicities. Respondents were able to select more than one race.

My own opinion is that White Nationalism within the ranks of most government agencies is a problem, most especially the ones that tRump has made appointments to, including the court system.

Military leaders have a responsibility to address this within our armed forces.


Man learns from history that man learns nothing from history.
1 Kudo
120 Views
0
Share
Report
Reply
Turn on suggestions
Auto-suggest helps you quickly narrow down your search results by suggesting possible matches as you type.
Showing results for
Show  only  | Search instead for
Did you mean:
Users
Announcements