An anti-Trump whistleblower at the center of ongoing Democratic efforts to impeach President Donald Trump coordinated with Rep. Adam Schiff, D-Calif., and his Democratic staff prior to filing his whistleblower complaint, The New York Times reported on Wednesday afternoon.


The anti-Trump whistleblower and his CIA colleagues actively colluded with House Democrats before filing a complaint with the inspector general.

“Schiff was in on it and he lied about it,”

Rep. Adam Schiff, D-Calif...needs to admit what he did.

What he did? or  what you believe he Did?  or  what it actually happened?  which story would you like to hear?

455 Views
Message 32 of 50
The mental implosion of you know who, is well under way it appears!! He now wants China to investigate the Bidens!!!!
https://www.huffpost.com/entry/trump-china-ukraine-biden-impeachment_n_5d9609fae4b02911e116f79f

Thanks for a more “honest” sequence of events. And I think that you are also alluding to, it would appear that proper procedures where followed, and nothing has changed the fact of what trump did, what he admitted to, and what we have documentation of...solid charges.

And for other’s comments, how does advice become collusion? Advice is given as to what you should do, could do, or who to consult with...

advice is not a presentation of the charges or the evidence.

As ususal, JIm makes up his own version of facts. Knowing there's a complaint is not the same thing as speaking to the Whistleblower. All reports from reliable sources indicate Schiff never spoke with the whisteblower and doesn't even know who the whistleblower is.

And as I stated in my previous post, this is nothing but mumbo jumbo, trying to deflect attention away from Trump's criminal behavior.

Democratic California Rep. Adam Schiff previously stated that he had not spoken with the whistleblower who filed a complaint about a phone call between President Donald Trump and Ukrainian President Volodymyr Zelensky. But a new report contradicts the House Intelligence Chairman’s past statements.

The New York Times reported Wednesday that Schiff knew about the whistleblower’s allegations before the complaint was even filed. Schiff went on MSNBC’s “Morning Joe” on Sept. 17, the day after the complaint had been filed. He claimed that “we,” presumably referring to the House Intelligence Committee that he’s the chairman of, “have not spoken directly with the whistleblower.”

Schiff ignited a firestorm last week when he read out a fabricated transcript of Trump and Zelensky’s call during an Intelligence Committee hearing. The president has repeatedly called on Schiff to resign over his fake transcript reading, and even suggested that the chairman’s actions might constitute treason.

Trump responded to the Times’ report Wednesday during a joint press conference with Finland President Sauli Niinisto, and said that he believes Schiff may have been involved in writing the whistleblower’s complaint.

This is more mumbo jumbo from Trump World in his attempt at deflecting attention away from Trump's criminal behavior. As I reported earlier, Schiff's committee knew there was an important whistelblower complaint and they followed routine, proper committee protocol.

The fact that Schiff knew there was a serious whistleblower complaint means what? It means nothing. So what if he knew about it? Does that change any of the facts reference the Whistleblower's allegations? Of course not.

Trump Lovers will make up an array of stories, attacking and demonizing anyone who dares to criticize their idol in the White House. But they refuse to focus on Trump's illegal behavior.

“The NYT confirmed what I said last week: Schiff knew about the CIA whistleblower in advance … At a minimum, Schiff should recuse himself from this impeachment inquiry,” Fleitz tweeted.

1/ The NYT confirmed what I said last week: Schiff knew about the CIA whistleblower in advance -- way in advance. Before he even filed his complaint. This is a much bigger scandal that people realize. At a minimum, Schiff should recuse himself from this impeachment inquiry.

Fleitz was referring to a New York Times story reporting that California Democratic Rep. Schiff had prior knowledge of the  whistleblower’s declassified complaint.

The former NSC chief of staff said Schiff is guilty of breaking Intelligence Committee rules by not sharing the whistleblower complaint with Republican members of the body because “classified info brought to the committee from outside sources MUST BE SHARED WITH BOTH SIDES.”

Fleitz suggested last week in an op-ed for the New York Post, that after analyzing the whistleblower’s complaint he found it too polished and that it had too much in common with the Democratic impeachment agenda — and an Aug. 28, 2019 tweet from Schiff. 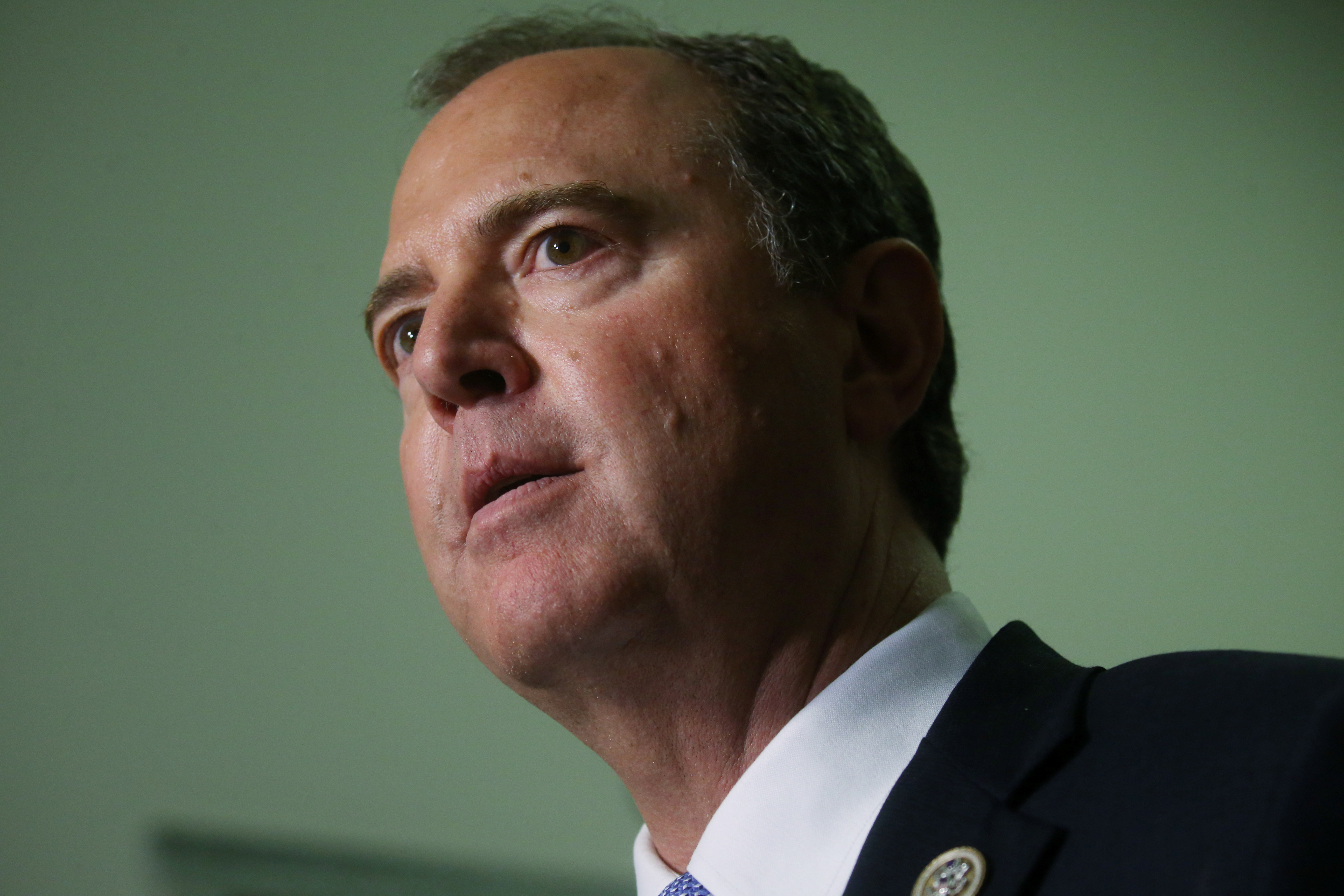 “This document looks as if this leaker had outside help, possibly from congressional members or staff,” Fleitz wrote.

Fleitz, currently the President and CEO of the Center for Security Policy, insisted it’s “more than a coincidence that this complaint surfaced and was directed to the House Intelligence Committee just after Adam Schiff (D-Calif.), an outspoken opponent of Trump, expressed numerous complaints in August 2019 accusing the President of abusing aid to Ukraine to hurt Joe Biden.”

CriticalThinking:  But Trump World doesn't want the truth. They want to blame everyone except their hero in the White House.

That's exactly right. They can't accept that Trump did anything wrong so they spend all their time and energy chasing down wild conspiracy theories that put the blame elsewhere. And it doesn't matter how ridiculous.

But Trump World doesn't want the truth. They want to blame everyone except their hero in the White House. For now, their latest scapegoat is Adam Schiff, but they will never examine the actions of Donald Trump.

FYI If you care...The anti-Trump whistleblower and his CIA colleagues actively colluded with House Democrats before filing a complaint with the inspector general.

For those who care, the whistleblower is pro-America and pro-Democracy and did America a great deed!

"FAKE 45 #illegitimate" read a sign at the Woman's March in DC, 1/27/2017
Report Inappropriate Content
1
Kudos
497
Views
Reply
1 Kudo
Turn on suggestions
Auto-suggest helps you quickly narrow down your search results by suggesting possible matches as you type.
Showing results for
Search instead for
Did you mean:
Users
Announcements