The point of my post is manufacturing jobs in the U.S. have been declining for the past 35 years and most of them will never come back. Trump focuses solely upon manufacturing and coal mining, and I'm not saying that isn't important, but that's less than 10% of the American workforce. What about the other 91%?

The United States has 12.75 million manufacturing jobs which account for only 8.5 percent of the workforce. That's not even 1 in 10 Americans.

The U.S. lost more than 5 million manufacturing jobs since 2000.

So GOVERNMENT is going to have to find a way to take care of an increasing number of "unnecessary workers" OR those no longer able to feed their families are going to make the changes at the point of a gun. And remember, GOPers have given the America Public more small arms than all our Armed forces and police combined.

Multiple problems that require solutions, they won't fix themselves, and it doesn't matter if people do everything right, people can't work like machines.

There has been some talk about a green revolution and dire warnings about man made climate change, one aspect of that is carbon emissions, but others are desertification and degradation of soil,   acidification of the seas,  the melting of ice and the albedo effect, the breakdown of stratification in the atmosphere.

Did you know Scotland was once covered in forest?  What is the moors today was once a forest, humans and bronze tools de-forested it.

Some proposed solutions are things we hear about on a regular basis and perhaps already use, wind power, solar power, lithium ion batteries, other are less known,  large stationary batteries, like iron ion batteries, that have a long life, require no rare elements, safe and non toxic.

Some stuff is just really simple and common sense, like managed herding of animals on arid and semi arid land to reverse desertification, sequester carbon in the soil, and reduce poverty. This tactic can and is being  done all over the world,  including the USA, and I think is could be also adapted to reduce forest fire risks.

Would it be possible to re-forest the Scotish Highlands with managed animal herding?

There is no profit in it, capitalism alone won't do it.

It's going to take big government on a world wide scale and taxation not tax havens.

We can't Brexit and run away, there is no where to go.

For example, deal with high unemployment and a loss of identity of the First Peoples, and perhaps some Scots by giving them a mission to mitigate desertfication, sequester carbon, manage lands and forests with the managed herding of livestock.

It's also going to require that each person does their part, even if that part is small and seems insignificant.

The neoRepublicans keep harping about how Globalization and Automation are the reason for the concentration of wealth and the stagnation of income for the bottom 90%. They further claim that those "immutable forces" cannot be overcome by anything Government does, therefore Government must do nothing.

Here's the rub: Automation IS eliminating jobs in manufacturing faster than economic growth can replace them. Globalization is Republican doublespeak for "race to the bottom" which is moving jobs to the lowest cost provider and demanding Americans accept wages that support a Commie Slave in a totalitarian State.

The only reason unemployment figures are down is the labor participation rate continues to decline. More and more people have simply given up trying to find a job that will support them and their family. 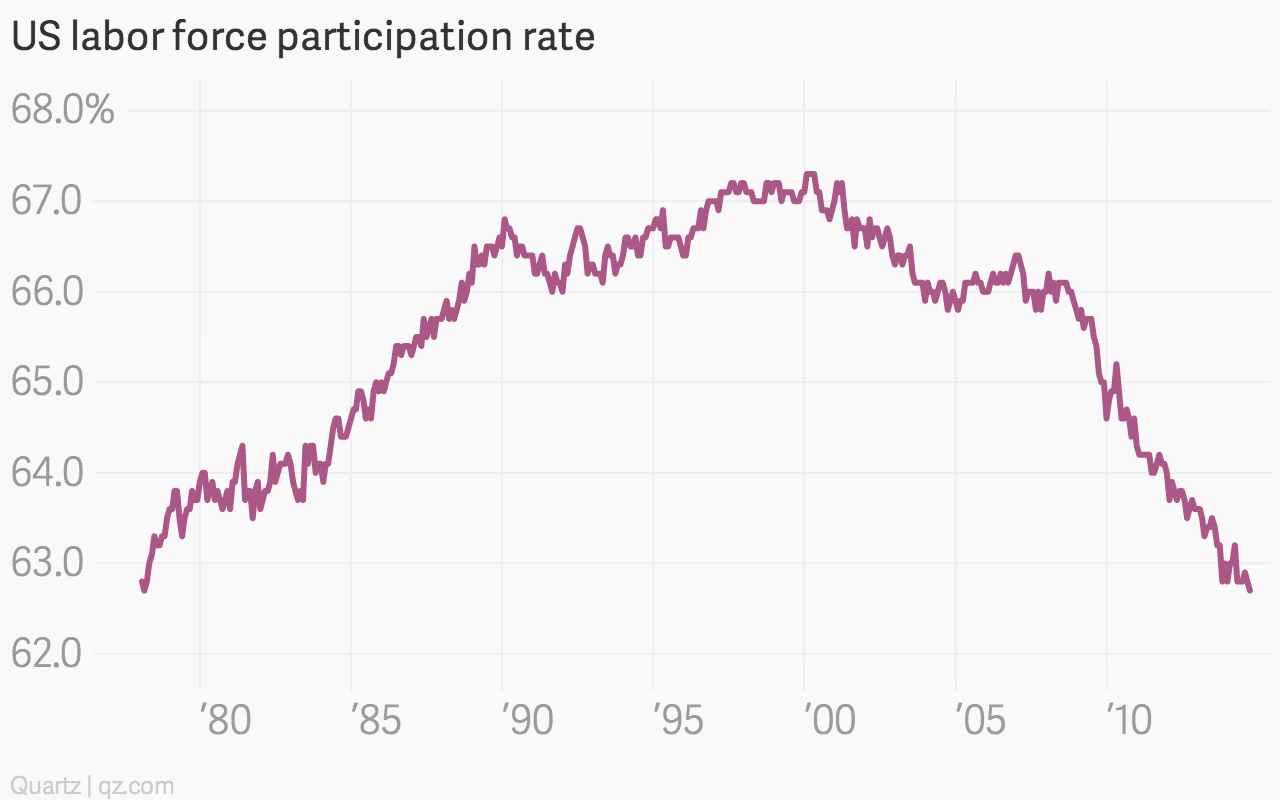 What happens when all the goods and services we can afford are provided by 10% of the adult population?

Will the Corporate Oligarchs reach out and feed our kids? Pay for our medical needs? Fix our infrastructure? Only in your dreams

Global warming is going to make this happen even faster, but will those Corporate Oligarchs divert investments into things that halt that march to disaster? Nope, your nightmares will come true long before that happens.

So GOVERNMENT is going to have to find a way to take care of an increasing number of "unnecessary workers" OR those no longer able to feed their families are going to make the changes at the point of a gun. And remember, GOPers have given the America Public more small arms than all our Armed forces and police combined.

The question for the future is will we overcome the Republican opposition to restoring the tax structure that grew the middle class and shrank the gap between rich and poor every year OR will we suffer a repeat of the Russian Revolution?

Report Inappropriate Content
6
Kudos
227
Views
145
Replies
Reply
6 Kudos
Turn on suggestions
Auto-suggest helps you quickly narrow down your search results by suggesting possible matches as you type.
Showing results for
Search instead for
Did you mean:
Users
Top Authors
View all