Why should we be worried. After the Korean summit ended, Trump and his cult members told us North Korea agreed to denuclearization. Unfortunately they never showed us any signed documents or agreements. But when Trump tells his minions something, they never question their Supreme Leader.

“I don't know his father. I met him once. I think he's a lovely guy,” Trump said at a morning-after rally in Cleveland. “All I did is point out the fact that on the cover of the National Enquirer there was a picture of him and crazy Lee Harvey Oswald having breakfast.”

“This was a magazine that, in many respects, should be well respected,” Trump said. “I mean if that was The New York Times, they would have gotten Pulitzer Prizes for their reporting.” 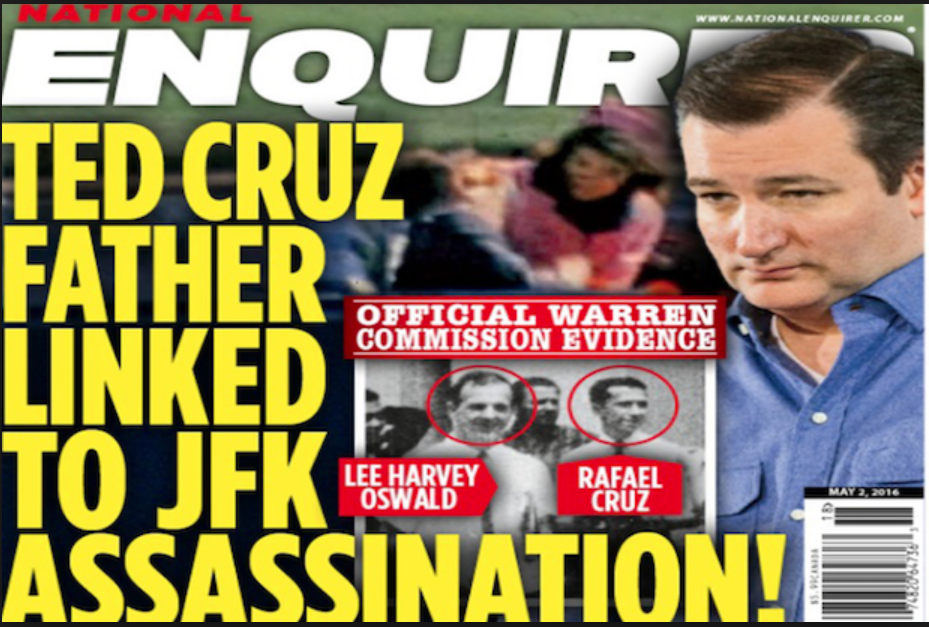 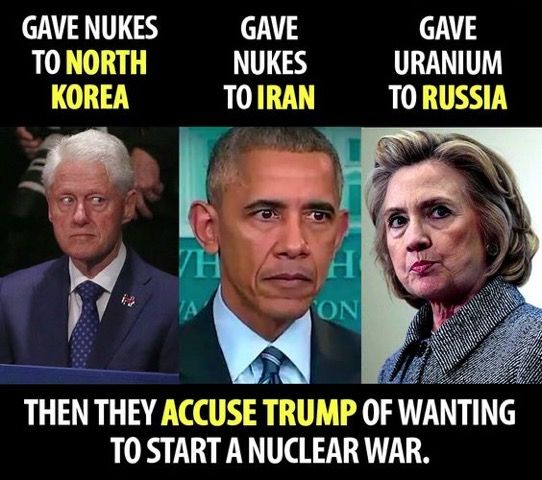 Your FAKE NEWS meme doesn't even move the needle anymore.

Anyone who even does a modicum of research concerning any of the three images above realize that the images represent FAKE NEWS.

LET'S MAKE AN EXAMPLE OF ONE OF THE IMAGES using a journalistic approach taught by almost every journalism teacher that ever lived.

We need the WHAT, WHERE, WHEN, AND HOW as relates to your FAKE NEWS meme.

@easyed598......Please explain the third image.... the image of Hillary Clinton with the GAVE URANIUM TO RUSSIA heading. Be very specific and tell us all WHAT kind of uranium you are alluding to, WHERE this uranium is coming from, WHEN this uranium made its way to Russia, and HOW Hillary Clinton was involved in the transaction and transport of the uranium.

Observing the faux defense raised by ignoblers is hilarious.   They can never ever admit that  Donald is an abject liar and his claims of "victory" are just bs.    Nope, that is beyond their capacity to comprehend.

If they had burst out of their bubble, they would possibly have considered that there exists a long history of NK playing games and then would have perhaps reconsidered that a magical mystical 2 day adventure that solved everything with NK was nothing more than a pipe dream.

Donald said he would admit IN PUBLIC if he misjudged this adventure....but he will not do that, in the same way that his ignoble followers won't admit that he was conned...big time.

Donald hasn't a clue how foreign policy works in the real world and refuses to listen to anyone who does.

I heard Trump giving out a lot of excuses Today about how great things are going with North Korea and any slowdown in the Denuclearization Process is simply because of CHI......NA ...................And his Manufactured Self-inflicted Trade & Tariff Disputes with CHI......NA

Could have figured out in advance that starting a Trade War with CHI....NA .... after claiming North Korea was No Longer a Nuclear Threat might become a Issue?