With the polls tightening for November’s Congressional elections and Trump’s weak approval rating inching up to 47%, there is a sense of déjà vu. Why should we be surprised? Look at the sorry list of national Democratic derelictions: they utterly failed to landslide the Republicans in the 2010, 2012, 2014 and 2016 elections for Congressional supremacy. Worse, the Republicans landslided the Democrats taking most state legislatures, governors and all three branches of the Federal government.

For months I have urged Congressional Democrats to publicize a list of the most dangerous and cruel votes of the Congressional Republicans. The Democrats, for some unknown reason, have declined to do so.

Finally, one Congressman stepped up.

No longer willing to wait, Congressman Jamie Raskin (D-MD), a constitutional law professor, put out a list of “20 Outrageous Things the GOP House Majority Did in My First Term.” 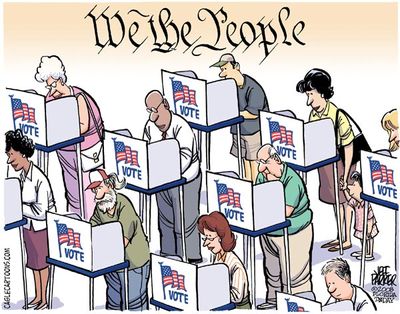 And Jamie Raskin is not that bad. His largest PAC donation is Public Sector Union - $61,000

I usually wait until I get my sample ballot and check the candidates on Open Secrets. It only takes a few minutes to get a general idea who the campaign donors are. I also save some campaign literature to see who is lying the most. 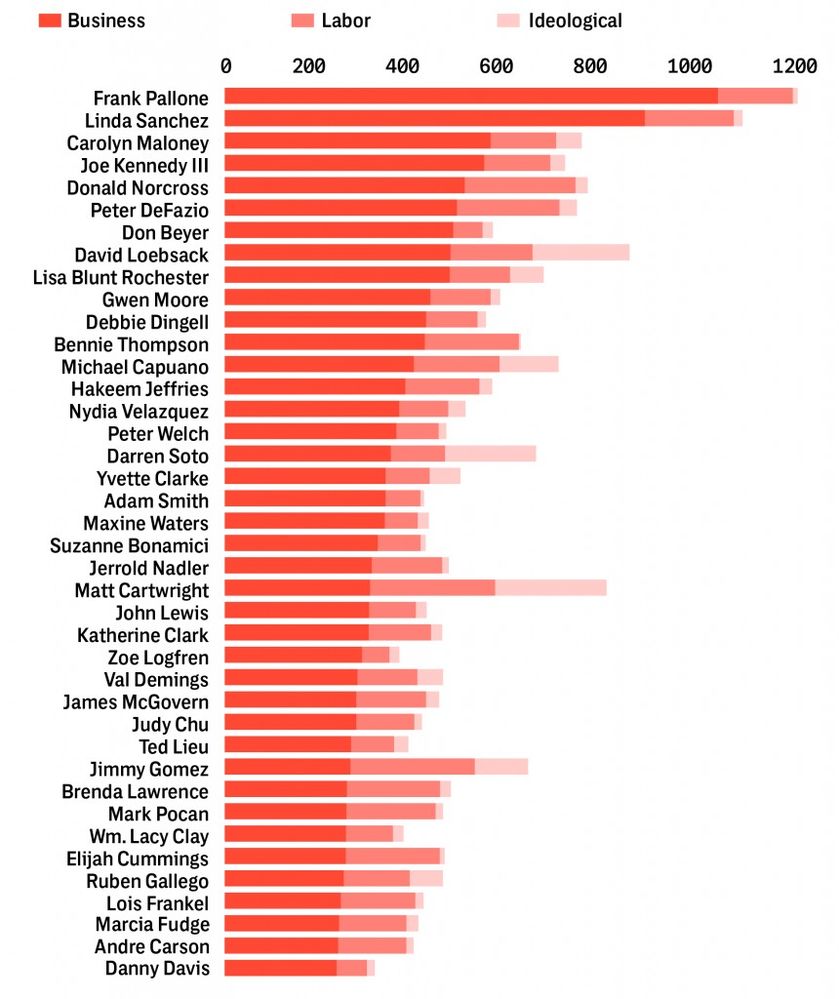 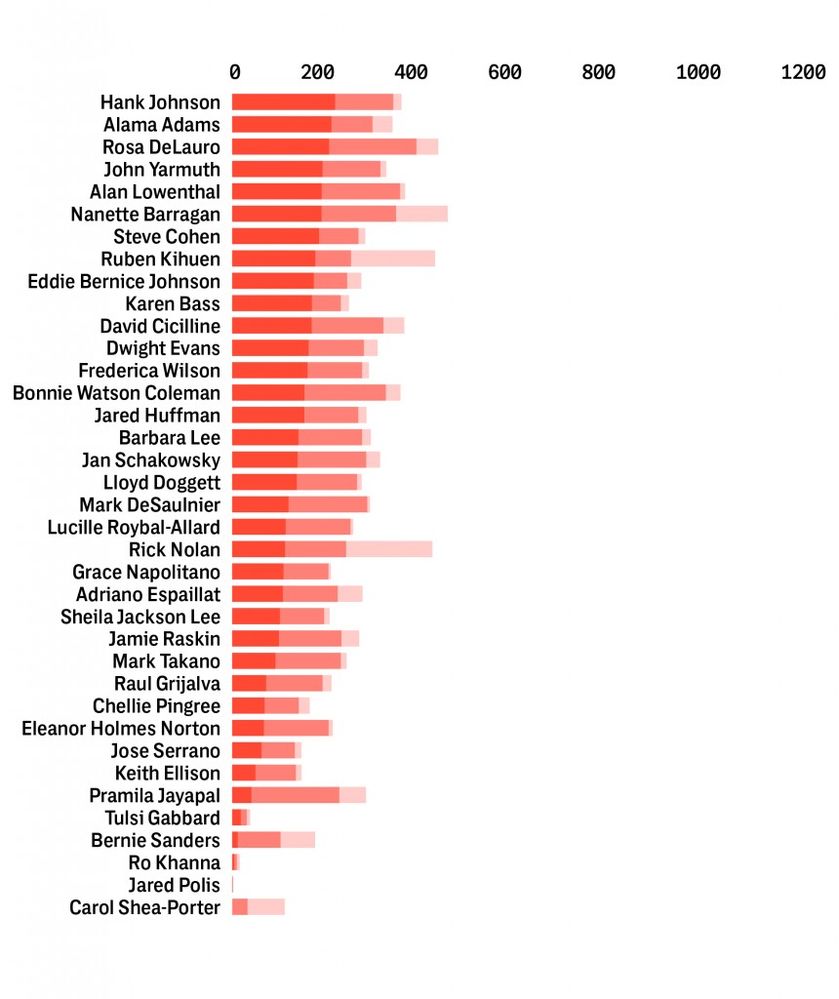 On off year elections I pay particular attention to the Amendments. Sometimes that's the biggest motivating factor to vote.

I also like to go to Open Secrets website to see who's giving how much money to whom.

In April, the Congressional Progressive Caucus announced that it was going to be drawing a line: Its political action committee would no longer accept corporate campaign donations.

“If we are going to end the influence of corporations and special interests in government, we have to start by not relying on their support,” said caucus co-chair Mark Pocan, D-Wis. “Only by being fully independent of their financial influence can we prioritize people over corporations.”
The development was largely ignored by the press, but for those who heard about it, the move raised an immediate question: Is the Congressional Progressive Caucus taking corporate money?
Yes, it was. And not only did the Congressional Progressive Caucus PAC accept corporate contributions until recently, but also, almost all of its 78 members — including Pocan — still take corporate money individually, even as their caucus shuns it.

Just four caucus members who will be returning to the House next session have pledged to decline corporate funds:

That number, however, is about to balloon to as many as 40 or more, as a wave of successful progressive insurgents — including Alexandria Ocasio-Cortez, Jahana Hayes, Rashida Tlaib, and Ilhan Omar — are poised to join the House of Representatives.

Hardly any members of the CPC rely on small individual donors. 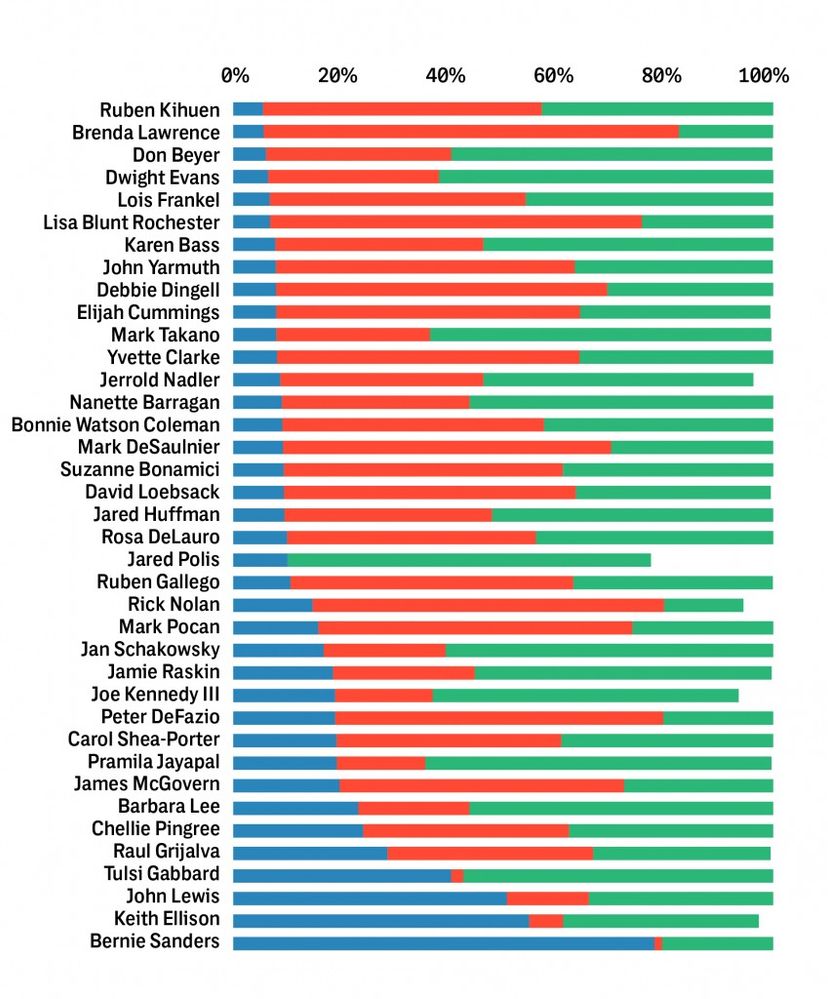 When voting for judges and any candidates, please check the internet as to who is 🤔🤔🤔endorsing them.  It's just as important when reading up on the candidates. Especially, when they do not state the party they support.

Read the rebuttals in some case they are also for the new laws.

We need rent control. 👭👬👫👪 There are many families living on the street because the rents are out of control in many areas.

Day light savings is an important one.  It states the deaths of the sick and elderly and an increase of driving accidents  and the fact that other countries have stopped using day light savings.

All elections are important especially this one.

All mail in votes must be mailed early or they will not be counted.  Read the inserts which states a time frame.

And pray for a free and better America.

Report Inappropriate Content
Tags (1)
Reply
4 Kudos
Turn on suggestions
Auto-suggest helps you quickly narrow down your search results by suggesting possible matches as you type.
Showing results for
Show  only  | Search instead for
Did you mean:
Users
Announcements