Two big changes to Senate impeachment trial rules overnight, and one big thing that did not change

Two big changes to Senate impeachment trial rules overnight, and one big thing that did not change 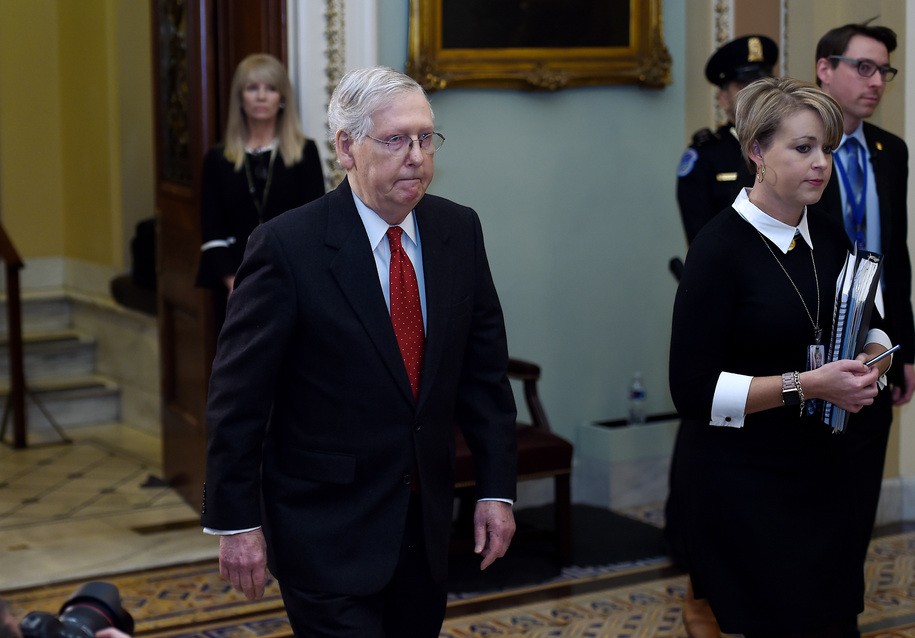 On Monday evening, Senate Majority Leader Mitch McConnell issued a draft resolution containing the rules for the Senate impeachment trial of Donald Trump. That resolution contained many limits that strongly favored Trump—including limiting arguments to two days and refusing to admit any evidence from the House unless it was accepted by a line-item vote in the Senate. These changes were apparently inserted into the proposal so late that, C-SPAN notes, they were handwritten over the earlier draft.

But that’s not how the proposal read when it came before the Senate on Tuesday afternoon. Instead, the time for presentation of arguments on each side had been extended to three days. Even more importantly, the case prepared by the House is now accepted as evidence placed before the Senate—a change that will make it impossible to shut down the House case by chastising House case managers over using facts not in evidence. Sometime in the last 24 hours, Mitch McConnell lost. Big time.

The change in timing still allows only three days, which is short of the time allowed in the Clinton impeachment trial. But it represents a compromise position between the four days that were allowed in that trial and the two days that were in the first draft of McConnell’s proposal. Those limits might mean that the final points of each evening will be delivered somewhere before midnight.

Introducing the evidence is unlikely to affect the presentation of the case on Trump’s side, because, even in their opening statements, attorneys Jay Sekulow and Pat Cipollone have demonstrated that they have no interest in the evidence. Instead, they intend to talk about the Mueller report, Peter Strzok’s mash notes, and former Obama official Eric Holder. And sneer. There will be much sneering, because that’s what Trump likes. You can bet that Cipollone and Sekulow are being graded on their lip curl.

Why not post a thread containing links to all your favorite Daily Kos articles? They would take up far less real estate, and be easier to bypass for those of us not all that enthralled by DK. Just sayin'.:)

0 Kudos
48 Views
0
Share
Report
Reply
Turn on suggestions
Auto-suggest helps you quickly narrow down your search results by suggesting possible matches as you type.
Showing results for
Show  only  | Search instead for
Did you mean:
Users
Announcements