Classic - the right sees a cop killer in the country illegally; the left sees an Hispanic.

Trump's Race-Baiting Ad Could Backfire in the Midterms

In the last days of the campaign, the president is going all in on turning out his base. But base voters aren't the only ones Republicans need.

With a few days left before the election, there’s an aroma of panic emanating from the White House. President Trump appears to be trying everything he can to seize control of the news cycle and appeal to base voters with strident, xenophobic rhetoric.

That includes, on Thursday alone, the release of a race-baiting ad about immigrants and crime, and a scheduled speech at the White House in the afternoon, where Trump will reportedly discuss asylum for immigrants. Many members of a caravan working its way slowly toward the U.S., and still hundreds of miles away, say they hope to apply for asylum.

The political play here is relatively simple to understand. As my colleague McKay Coppins writes, immigration hardliners like White House senior adviser Stephen Miller see it not only as a midterm talking point, but part of a longer cultural battle. Predicting the results of the longer fight is a fool’s errand, but there are at least some reasons to believe that it might not be a perfectly potent technique for the midterms.

Read: Trump's closing argument for the midterms is dark and angry.

The ad has drawn immediate comparisons to the infamous “Willie Horton” spot that Republicans used to attack Democrat Michael Dukakis in the 1988 election, though as the Princeton historian Kevin Kruse notes, it’s actually worse: The makers of the Horton ad were at least ashamed of inflaming racial tension, while the president is proudly trumpeting it. (It’s also not running on television anywhere. Instead, the Trump team is relying on word of mouth and media coverage to spread it, so that even writing critically turns critics into abettors.) 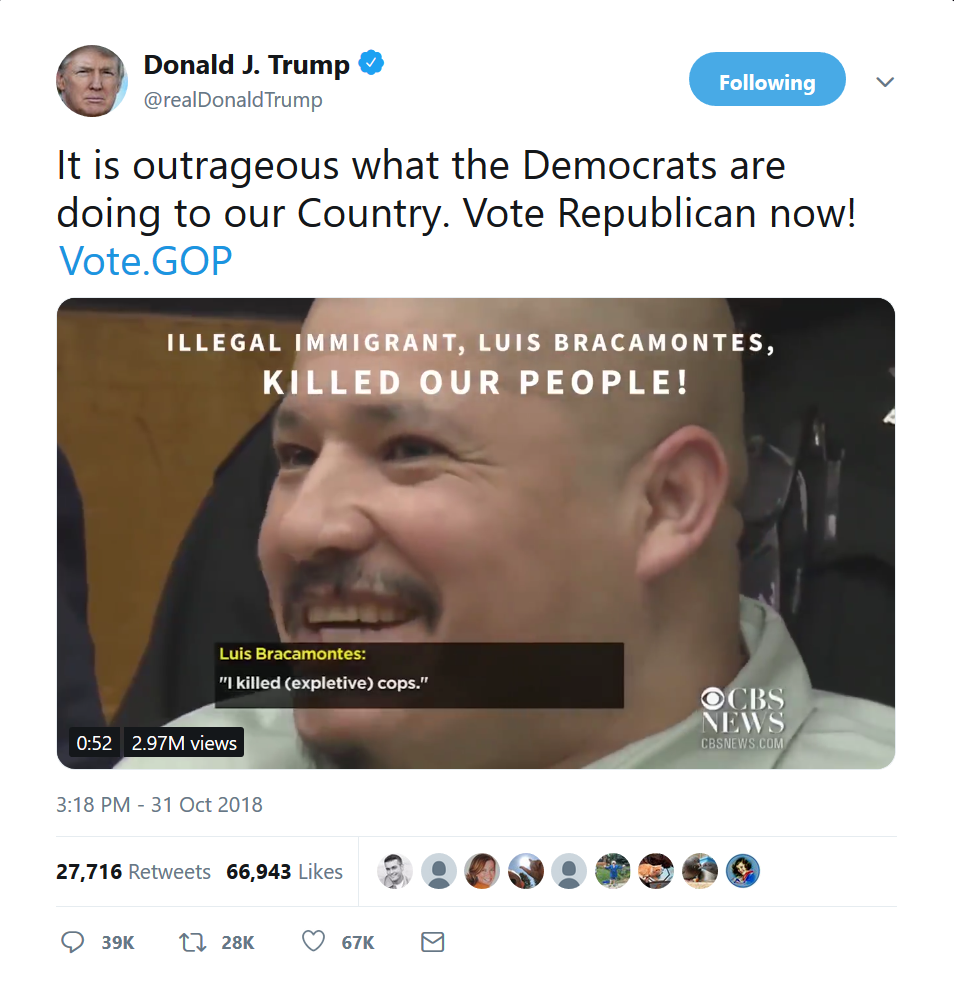 The Republicans On This Forum Repeatedly Accuse Democrats of HATRED

For One It's Supposed To Be The President of the USA

The President of All The American People

Report Inappropriate Content
1
Kudos
138
Views
2
Replies
Reply
1 Kudo
Turn on suggestions
Auto-suggest helps you quickly narrow down your search results by suggesting possible matches as you type.
Showing results for
Search instead for
Did you mean:
Users
Announcements