Trump’s Tulsa turnout was sabotaged by ‘teens on TikTok’

Trump’s Tulsa turnout was sabotaged by ‘teens on TikTok’

In a Twitter post, Ocasio-Cortez claimed the Trump campaign had been scammed by teenage anti-Trump activists who allegedly reserved scores of tickets for the Tulsa event online – then failed to show up, thus preventing others from being able to attend.

"I tried all week to get tickets to the Trump Rally and could’t get the campaign to respond to my applications.  I lived within minutes of Tulsa," Jackie York of Okemah, Okla., told Fox News via email. "When they started showing evening news clips showing people camping outside for rally, I decided not to fight the 'hundreds of thousands' of people I assumed would be fighting to go in.  We had no tickets.  My pastor also wanted to go, but couldn’t get tickets online.  We are sad today to have missed [the] opportunity."

“Actually you just got ROCKED by teens on TikTok,” Ocasio-Cortez, a New York Democrat, wrote in response to a Twitter message by Trump 2020 Campaign chief Brad Parscale, who argued that “Radical protestors” in Tulsa had prevented some of the president’s supporters from entering the BOK Center, where the rally was held.

TV images showed much of the upper tier of Tulsa's BOK Center remained empty during the rally, with other space visible in the lower seating areas as well -- a different result than the big turnout the Trump campaign had predicted during the week.

“Shout out to Zoomers. Y’all make me so proud,” Ocasio-Cortez added.

“KPop allies, we see and appreciate your contributions in the fight for justice too,” the congresswoman wrote.

It wasn’t clear if Ocasio-Cortez knew of the alleged scheme in advance, or if she was reacting to media reports.

An Iowa woman posted a video on TikTok last week, encouraging people to participate in the alleged scam, CNN reported.

“All of those of us that want to see this 19,000 seat auditorium barely filled or completely empty go reserve tickets now and leave him standing alone there on the stage,” the woman, identified as Mary Jo Laupp, told her TikTok followers.

“It spread mostly through Alt TikTok --  we kept it on the quiet side where people do pranks and a lot of activism,” YouTuber Elijah Daniel, 26, told the Times. “K-pop Twitter and Alt TikTok have a good alliance where they spread information amongst each other very quickly. They all know the algorithms and how they can boost videos to get where they want.”

Many of those participating in the alleged scam deleted their posts after 24 to 48 hours in a bid to limit word of the plan from spreading on mainstream social media, the Times report said.

“These kids are smart and they thought of everything,” Daniel told the paper.

Typical Trump.  Smoked by a bunch of inexperienced teenagers.  Yep, now we see why he gave Iran the bomb and Xi our hog and soybean markets.

Oh wait, this 'AOC conspiracy' gets even funnier.  Here is a statement that was issued by Brad Pascale:

“Leftists and online trolls doing a victory lap, thinking they somehow impacted rally attendance, don’t know what they’re talking about or how our rallies work. Reporters who wrote gleefully about TikTok and K-Pop fans - without contacting the campaign for comment - behaved unprofessionally and were willing dupes to the charade. Registering for a rally means you’ve RSVPed with a cell phone number and we constantly weed out bogus numbers, as we did with tens of thousands at the Tulsa rally, in calculating our possible attendee pool. These phony ticket requests never factor into our thinking. What makes this lame attempt at hacking our events even more foolish is the fact that every rally is general admission - entry is on a first-come-first-served basis and prior registration is not required. The fact is that a week’s worth of the fake news media warning people away from the rally because of COVID and protestors, coupled with recent images of American cities on fire, had a real impact on people bringing their families and children to the rally. MSNBC was among outlets reporting that protesters even blocked entrances to the rally at times. For the media to now celebrate the fear that they helped create is disgusting, but typical. And it makes us wonder why we bother credentialing media for events when they don’t do their full jobs as professionals.”

(Funny, Brad forgot to give AOC her fair due, but nobody really cares.)

Note that Brad admits registration for tickets isn't even necessary.  General admission.  First come, first served.  It is just a scam to get your email and phone #, so the campaign can bombard you with ads and requests for donations.

Never mind that Brad was tweeting 800,000+, one million people were showing up, and now he is claiming that they "weeded out tens of thousands of bogus numbers in calculating the possible attendee pool".  Is this the tRumpian way of counting?  Because, even after the "weeding", the calculation was waaaay over the actual attendance.

Methinks Brad should probably just shut up, because he sure didn't make that poor showing last night look any better than what it sadly was.  At least, the TikTok teen story would have been an excuse for the poor turn-out.

But, rest assured tRump supporters, Brad himself says teens were not a factor, so do not let AOC threaten you too much.

If this was  done by those Teenagers and it resulted in what we saw/   com on, it was brilliant  idea  , He is going to have to resort  to go to  the homes and getting their signatures.

Here'a question from the alternate reality of Trumpland , "tell us what cult you and AOC seem to belong to?"

I'm LOL!  AOC is NOTHING in my world. I don't care what she does, says, or thinks!  The only people who care about her are those who watch the Fox Propaganda Network 24/7, where they try to portray her as the face of the Democratic Party. I'm LOL again because they believe any and all propaganda from Fox.


I'm LOL! AOC is NOTHING in my world. I don't care what she does, says, or thinks! The only people who care about her are those who watch the Fox Propaganda Network 24/7, where they try to portray her as the face of the Democratic Party. I'm LOL again because they believe any and all propaganda from Fox.

Keep it up as its always good for a laugh!
1 Kudo
345 Views
0
Share
Report
Reply

Where is that darn scapegoat now!

Whoever would like to be blamed by trump, for something, please take a number and a place in the “trump needs to blame someone” line!

All of the tRump supporters that could have went and helped out their Fuhrer and didn't.  Now don't they feel bad for not going? Oh, wait a minute, they believed the 1 Million claim by their Liar-In-Chief, so I guess tRump himself actually caused this.

You guys are having fun with this silly thread, but there's a serious side to it.

In a CULT, the Supreme Leader can do no wrong and is never held accountable.. If something doesn't go right, they immediately search for a scapegoat. Here we go again, the scapegoat in this case is a group of teenagers. I'm LOL.

Don't you love it when they deny being members of a CULT?

Tom5678
Honored Social Butterfly
yes Ceetee! That is probably one of the first signs of being in a cult, when they furiously deny it.
0 Kudos
266 Views
0
Share
Report
Reply

Seeking scapegoats is what Toad has been about since early childhood. Still, the fact anybody sti8ll believes him is a sad commentary on the effectiveness of the Republican War on Education and the Educated.  Generations of tax cuts that underfunded our schools has given us a population where 20% of the people believe the GOPerLords and their shills who hold office for them.

You guys are having fun with this silly thread, but there's a serious side to it.

In a CULT, the Supreme Leader can do no wrong and is never held accountable.. If something doesn't go right, they immediately search for a scapegoat. Here we go again, the scapegoat in this case is a group of teenagers. I'm LOL.

Don't you love it when they deny being members of a CULT?

This thread is about AOC.

As you seem to be a expert on cults would you tell us what cult AOC seem to belong to?

@jimc91  So, now   you are saying that there were nice teenagers that were trying to save  Trump followers from going into the Rally and  being   able to b e exposed to the virus? 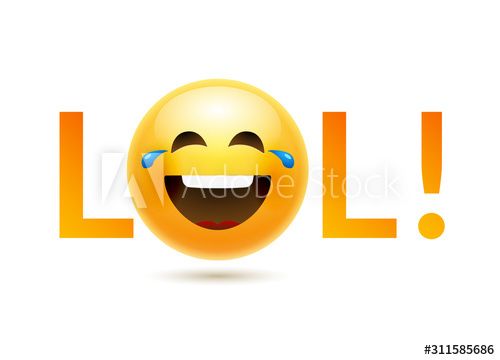 The typical BS about not being able to get thru to the ToadMaster Ticket service is sad. If people really couldn't "get thru" what's the chance the Toadies would've claimed the GOT MILLIONS OF REQUESTS for tickets?

Has any Toad rally EVER turned someone away UNLESS the someone was an easily identifiable Progressive?? They did manage to ID and TRY and keep Stephen Cobert's film crew from getting in to film the acres of empty seats at an earlier rally, but they just went over and got tickets.

So seems whoever claims they couldn't get tickets wasn't very interested in going in the first place - another good isgn for America and Her Democracy.

So now a tRump supporter posts about tRump getting pantsed by a bunch of teenagers. Now that's progress !!!!

SO!   the donald campaign admits that it got played by the generation that they offer NOTHING.

RW might want to consider admitting they got played, very legally, there were no rules required AND that they got all sorts of dubious information so that they can attempt to contact the K-poppers for donations.    Now that is funny!

Weirdly, this was in the news for the past week- and Parscale et al did what?   Nottadamnthing because of donald's ego.

If a bunch of teens did this to Trump, it makes it easier to understand how Kim Jung Un and the Chinese premier got the better of him, doesn't it?

Trump is just plain incompetent. I told you so. But I do think he should stop bragging that it was a bunch of kids who fooled him.

5 Kudos
658 Views
0
Share
Report
Reply
Turn on suggestions
Auto-suggest helps you quickly narrow down your search results by suggesting possible matches as you type.
Showing results for
Show  only  | Search instead for
Did you mean:
Users
Announcements