When will the connect the dots show where Barr comes in?

GOPerLords put out a memo for their lofos to lie up some connections bewtween Clinton and Epstein, and here's the results:

The pics GOPers have of Clinton on Epstein's plan were take when they flew to Africa on a humanitarian mission, and other pics of Clinton show him with Epstein associates at various social and charity functions, none of which were connected to Epostein.

tRumps 15 year association with Epstein is well documented as is Toad's admiration for Epstein's preference for "younger" women aka pre-teens whenever possible.

It's hard to imagine there was no hanky-panky going on among the jet-set.

Heidi Klum was seen here resting a hand on Prince Andrew’s shoulder and leaning in for an intimate conversation, while a laughing Ghislaine Maxwell (center) looked on... 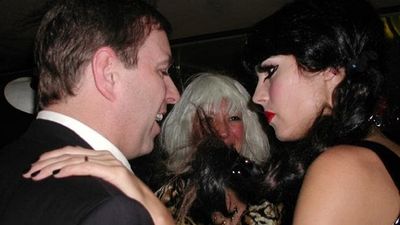 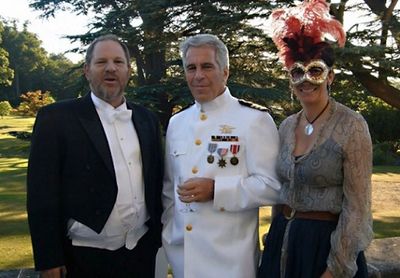 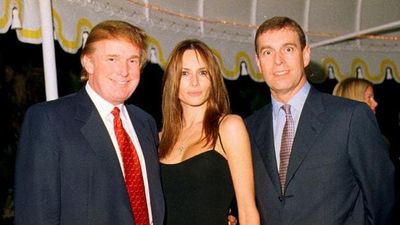 If there was real hanky panky it was at D Bank not at a public event.

It's hard to imagine there was no hanky-panky going on among the jet-set.

Heidi Klum was seen here resting a hand on Prince Andrew’s shoulder and leaning in for an intimate conversation, while a laughing Ghislaine Maxwell (center) looked on...

@KidBoy2 wrote:
Bill Clinton and Jeffrey Epstein: How Are They Connected?

How did Mr. Epstein and Mr. Clinton know each other?
During his career in finance, both at Bear Stearns and when he struck out on his own, Mr. Epstein had a reputation for being intensely private.

But in 2002, the former president took a trip on Mr. Epstein’s private jet, which brought a flurry of media attention.

At the time, Mr. Clinton had been out of the White House for two years and had started the nonprofit group, the Clinton Foundation. Through his work with the foundation, Mr. Clinton connected with Mr. Epstein.

It was unclear how many individual flights were involved in each trip that Mr. Ureña mentioned and whether that may account for the discrepancy between the number he cited and what the flight logs show. Mr. Clinton’s office did not immediately respond for a request for comment.

The flight logs, posted online by Gawker, also record Mr. Clinton as being present on a domestic flight from Miami to Westchester County Airport in West Harrison, N.Y., which is near Mr. Clinton’s home in suburban Chappaqua.

He never visited Mr. Epstein’s palatial residence in Palm Beach, Fla., Mr. Ureña said, nor has he been to the financier’s ranch in New Mexico or his private island in the Virgin Islands.

Mr. Clinton may not have been present at Mr. Epstein’s Upper East Side home in more recent years, but his image apparently was. One person who visited Mr. Epstein’s townhouse last year told The New York Times they saw a signed photograph of Mr. Clinton behind a large dining table. Mr. Epstein also had photos of Woody Allen and Mohammed bin Salman, the Saudi crown prince, on display at the house, according to the visitor.

Additionally, New York magazine reported in 2003 that Mr. Epstein once threw a dinner party at the house in Mr. Clinton’s honor. The former president never showed, but the magazine reported that the other guests included Mr. Trump, the magician David Blaine and Doug Band, who was then an adviser to Mr. Clinton.

Looks like you missed my post in another thread on this subject. Flying around on airplanes together means nothing. Lets get off  the airplanes.

D Bank was were both Jeffery, and Donald did their banking. D Bank was just fined millions for the way it handled Jeffery's accounts.

Go read the book about D Bank that came out about a year ago. It covers all the activities like money laundering D Bank did. There was a lot about Trump in that book, and what he did with and to D Bank. Trumps Russian money laundering was covered in detail, and D Bank paid a lot in fines for the illegal things it did for Trump and others.

Now it is strange that the 2 of them were at D Bank and in the same area. Made it easy to pass money between the 2. In time we will learn what really took place between the 2 of them. Jeffery new, and he is gone and that happened after Barr got into the picture. Now we have Jeffery's number 2 charged and on the way to jail with Barr controlling everything. What is Barr plan this time. Keep in mind Barr is Trumps replacement for Attorney Flynn, and Roy Cohen who were both good Mob Lawyers. 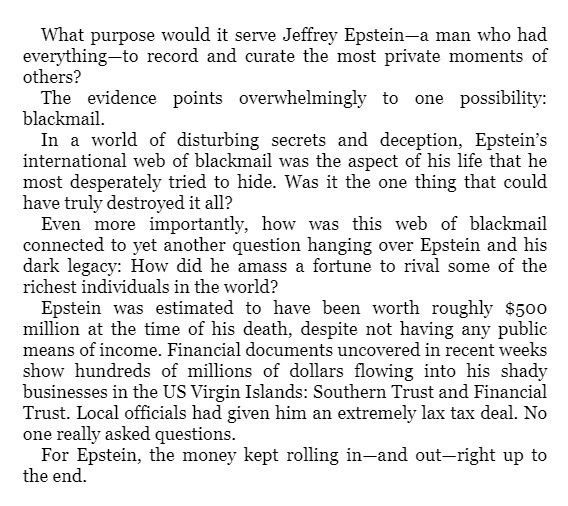 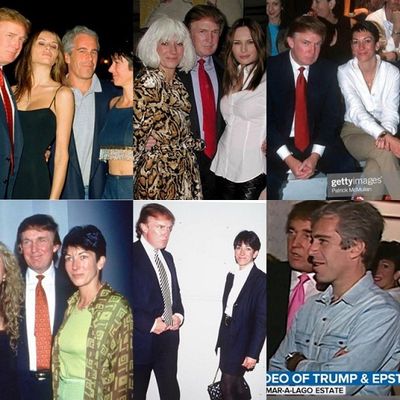 I think it all comes down to Ghislaine Maxwell -- who she wants to squeal on as part of a plea deal. Trump? Clinton? Prince Andrew? Others?

If her sentence is reduced for each person she rats on, she may not have to serve any time!

I am enjoying this topic immensely!  tRump is being incriminated and trumpies try to distract.  It's not working.

Hijacking a topic because tRump is being incriminated?  It won't work.

I think it all comes down to Ghislaine Maxwell -- who she wants to squeal on as part of a plea deal. Trump? Clinton? Prince Andrew? Others?