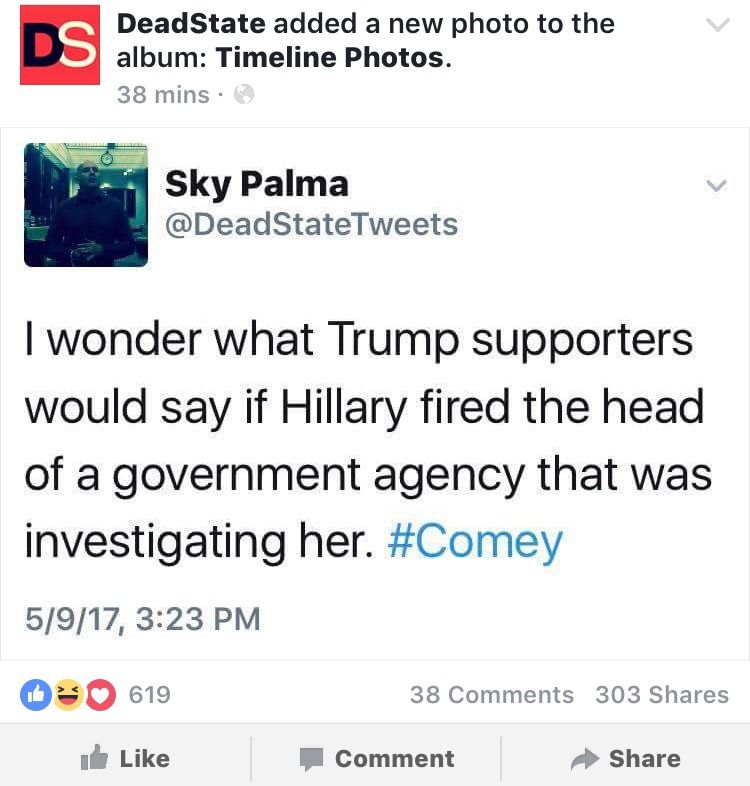 Is this the same Comey, whom Hillary laid a big portion of the blame for her disastrous loss on.  Yes.  Same "Comey".

I would think the Democrats would be dancing in the streets! That may be because you don't understand those you love to criticize.

Is this the same Comey, whom Hillary laid a big portion of the blame for her disastrous loss on.

I would think the Democrats would be dancing in the streets!

John McCain is calling for an independent committee to investigate Trump's ties to Russia now.   Some sanity. 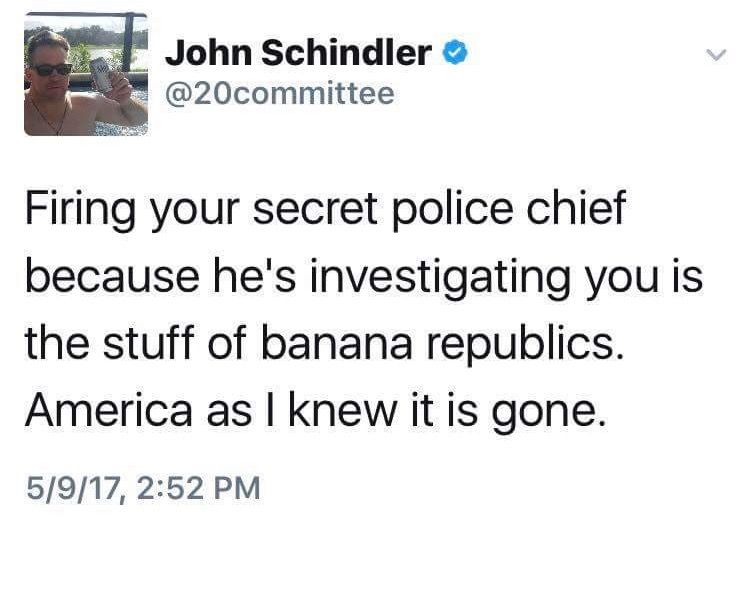 I would not say it is unreal yet,

Trump gets to appoint Comey's replacement.

More than likely a millionaire billionaire or a brown noser

When is someone going to put on the brakes on Trump?

I am thinking my next go round on my calls to the senators should be about this.

I will defintly call Republican Senator John McCain as he has integrity.

I will also call LIndsey Graham

and MItch Mcconnell just for fun (NOT)

Richva- A memo was sent out which said James Comey never should have held the the press conference on July 5, 20-6 about Hillary Clinton because it was gratuitous and permission to release this information should have been given by Loretta Lynch.

Basically the memo put out by Rob Rosenstein, says that Comey was fired because he was mean to Hillary Clinton.

Anybody who believes that Comey, who released this information July 5, 2016 is now being fired in May 2017 for the reason given is an idiot. Clearly,  Comey got too close to Trump in his investigation, and just like Nixon fired Cox,  Trump fired Comey.

There is no doubt that DICTATOR TRUMP will put a stooge in as director of the FBI and that the entire investigation will be shut down despite what others are saying.

Another  thought that comes to mind, is that after Sally Yates blew the doors off of The sub-committee hearing yesterday, this could be just another distraction, albiet, a horrible distraction.

No one on either side of the aisle should be comfortable with what just happened. WE ARE MOVING QUICKLY TOWARD A TOTALITARIANISTIC FORM OF GOVERNMENT.

BTW, the subject line of the memo?

RESTORING PUBLIC CONFIDENCE IN THE FBI

DOES ANYONE REMEMBER HOW  DICTATOR trump DISPARAGED THE FBI?

Gee, I miss having a real President!!
Report Inappropriate Content
3
Kudos
438
Views
Reply
3 Kudos
Turn on suggestions
Auto-suggest helps you quickly narrow down your search results by suggesting possible matches as you type.
Showing results for
Search instead for
Did you mean:
Users
Announcements