Fishslayer777
Honored Social Butterfly
1
Kudos
96
Views
96 Views
Message 1 of 2
As long as phase 3 takes hold and there is stabilization of the economy... then maybe it's a good idea. I'm always concerned about corporations being smarter then the government and taking advantage of the open"cookie jar".

If they play nice then I see a benefit for all Americans... trust but verify.

Libs are nuttier than squirrel poop

President Trump on Tuesday called for a $2 trillion infrastructure bill to serve as “Phase 4” of the federal government’s coronavirus response efforts, just days after Congress approved a massive stimulus package worth even more than that.

“With interest rates for the United States being at ZERO, this is the time to do our decades long awaited Infrastructure Bill,” Trump tweeted Tuesday. “It should be VERY BIG & BOLD, Two Trillion Dollars, and be focused solely on jobs and rebuilding the once great infrastructure of our Country! Phase 4.”

With interest rates for the United States being at ZERO, this is the time to do our decades long awaited Infrastructure Bill. It should be VERY BIG & BOLD, Two Trillion Dollars, and be focused solely on jobs and rebuilding the once great infrastructure of our Country! Phase 4

59.3K people are talking about this

Trump has sought a major infrastructure bill ever since taking office and would appear to be pitching that plan anew as a form of economic stimulus. The president’s tweet comes as lawmakers in both the House and the Senate already are eyeing a fourth coronavirus response bill, though some have voiced caution about continuing to appropriate such massive sums of money.

“I think the odds are we’ll need more legislation. First, we don’t know the extent of the crisis in terms of the magnitude, so that could rise. But there are going to be problems that we don’t realize now that we’re going to have to grapple with,” Senate Minority Leader Chuck Schumer, D-N.Y., said recently, according to The Hill. “So I think the odds are high there will be a COVID-4.” 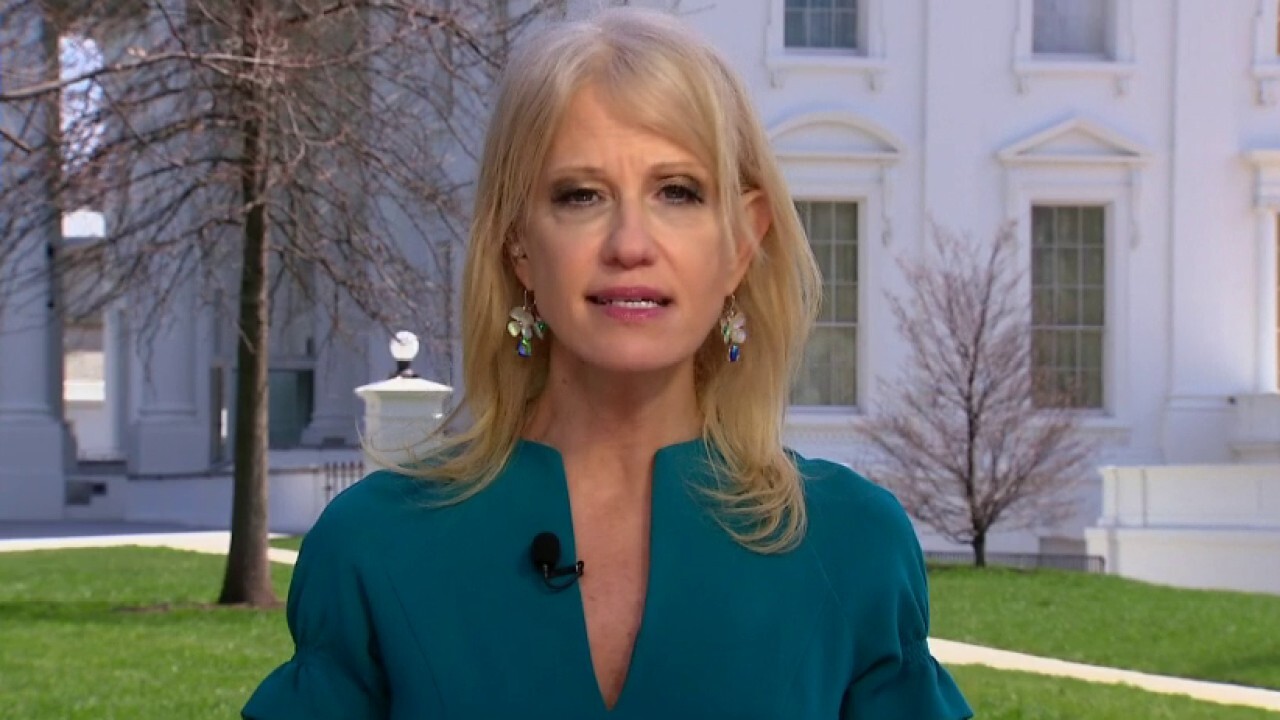 Democrats, in a fourth stimulus package, are reportedly seeking additional funding for the Supplemental Nutrition Assistance Program (SNAP), also known as food stamps, as well as emissions restrictions on airlines — a measure that was blocked from inclusion in the package passed last week.

Pelosi also said that she planned to push for pension protections which did not make it into phase three of the stimulus package.

But Republicans, like Senate Majority Leader Mitch McConnell of Kentucky and House Minority Leader Kevin McCarthy of California, have said they would like to see the impact of the first three phases of coronavirus response legislation.

“I think we’ll have to wait and see,” McConnell said on the “Hugh Hewitt Show” Tuesday when asked about a fourth coronavirus bill. “Remember, this bill was only signed into law last Friday. So it’s only been law for about four days. And the Speaker is already talking about another bill.”

The 880-page coronavirus stimulus package worth $2.2 trillion, which was passed and signed into law by Trump last Friday, amounted to the largest economic relief bill in the history of the U.S., with massive amounts of aid slated for individuals, large corporations and small businesses — and its unanimous passage in the Senate came despite concerns on both sides about whether it involved too much spending, or not enough.

Democrats said the package specifically would help replace the salaries of furloughed workers for four months, rather than the three months first proposed. Furloughed workers would get whatever amount a state usually provides for unemployment, plus a $600-per-week add-on.

But even Treasury Secretary Steven Mnuchin said he would be willing to ask Congress for more money for small businesses and those in the private workforce should it be necessary.

A key piece of the latest relief bill is $350 billion in funding for small businesses. Businesses with fewer than 500 employees are eligible for up to $10 million in loans, which can be used for payroll and other expenses, like insurance premiums, mortgages, rent or utilities.

“This is a very popular program with Republicans and Democrats, and the president likes it a lot,” Mnuchin told Fox Business’ Stuart Varney Monday. “If we run out of money, and this is a huge success, we will absolutely go back to Congress and ask for more money.”

The latest unemployment numbers, which were released last Thursday, revealed that Americans filing for unemployment benefits surged to 3.28 million as the coronavirus pandemic forced businesses around the country to close.

The Labor Department said Thursday that the new number eclipsed the previous record of 695,000, which was set in 1982, and is well above the levels seen during the 2008 financial crisis.

It is unclear, at this point, what provisions the White House would like to see as part of any proposed infrastructure legislation.

The Associated Press contributed to this report.

America's infrastructure has been crumbling, this is a good time to focus on fixing it....  Let's get it done.

VIMTSTL
Report Inappropriate Content
Tags (3)
0
Kudos
109
Views
1
Replies
Reply
0 Kudos
Turn on suggestions
Auto-suggest helps you quickly narrow down your search results by suggesting possible matches as you type.
Showing results for
Show  only  | Search instead for
Did you mean:
Users
Announcements