Tom5678
Honored Social Butterfly
1
Kudos
977
Views
977 Views
Message 1 of 10
exactly!! Whater ever happened to yet another Trump promise which was some kind of a "beautiful healthcare plan". Where is it??? OOOPSSSS!!!!!
Report Inappropriate Content
1
Kudos
977
Views
Reply
1 Kudo
Highlighted

It's really quite simple: with Trumpcare there is NO MANDATE to purchase.  With Obamacare there IS!

With Trumpcare, there is NO HEALTH PLAN to purchase.

Freedom to choose.  If you lose your job, there goes your private health plan unless you choose to pay the inflated rates.

Let us not violate your right to not have health insurance, get sick, run up a big hospital bill, not be able to pay for it, and have the American public pay for it....

Why not have insurance to begin with.

That's what Trump wants without the mandate!  No one wants to be FORCED into something.

Let us not violate your right to not have health insurance, get sick, run up a big hospital bill, not be able to pay for it, and have the American public pay for it....

Why not have insurance to begin with.

Given that this latest insanity from the Toad in the punchbowl will deprive 34 MILLION Americans of their PRIVATE health insurance in the middle of a Pandemic, I would hope it also puts a dozen GOPer Senators in serious trouble with getting re-elected in November.

This MIGHT be a bigger deal than the Republican Police Reform legislation (allow me to summarize what Moscow Mitch wanted: "Police people - PLEASE be nice! Otherwise you'll make our Toad look bad."

On a broader note: Back before Reagan, Police Budgets were largely subsidized from the Revenue Sharing program which Reagan killed to "pay for" his huge wealth and income redistribution legislation. Result being that today, virtually ALL our police forces are dependent on collecting fines and fees from the public to cover their operations. The sad fact is if you nab a rich person for some nonsense offense like jaywalking, their lawyers will cost the City money with a counter suit while if you concentrate on poor people, reliably identified by their melanin content, you collect the fine no problem.

If the poor person can't pay, YOU LOCK THEM UP, causing them to loose their job, making it virtually impossible to find another job, destroying the family unit that man once provided for, and then blaming the victim for not trying hard enough to escape poverty.

That's a VERY big reason black people are over TWICE as likely to be arrested for the same crimes as white people, and one that cannot be solved WITHOUT repealing the Reagan Tax Scam and restoring the Revenue Sharing that made it totally unnecessary for the police to become self-funded via nuance fines and fees levied on the poor citizens the cops are sworn to PROTECT AND DEFEND. It would also restore all those programs for the homeless, jobless, mentally challenged and rehiring truant officers and school counselors to help at risk youth INSTEAD OF PUTTING ALL THAT ON THE COPS!

The GOPerLords are fully aware of all the above, which is why they keep lying to their lofoBots that reform is unnecessary and really an attack on the police who protect said lofos from the evil poor who will break in their house and steal their stuff. They definitely

don't want to have to pay the taxes their parents and Grandparents paid without any difficulty or having to give up a single luxury.

Wrong Again! Trump promised the best health care ever on day one of his administration. How did that work out for America?

It's really quite simple: with Trumpcare there is NO MANDATE to purchase.  With Obamacare there IS!

In contrast,  president Trump plays golf, has an unnecessary campaign rally, visits his wall, and continues his daily twitter rants to the delight of his rabid supporters.  And now he wants to destroy the Affordable Care  Act and leave millions of AMERICAN PEOPLE without any health insurance at all and no real plan to replace the coverage currently afforded them.

It leaves me to wonder, is he man or monster?

For sure his self portrait should read.... 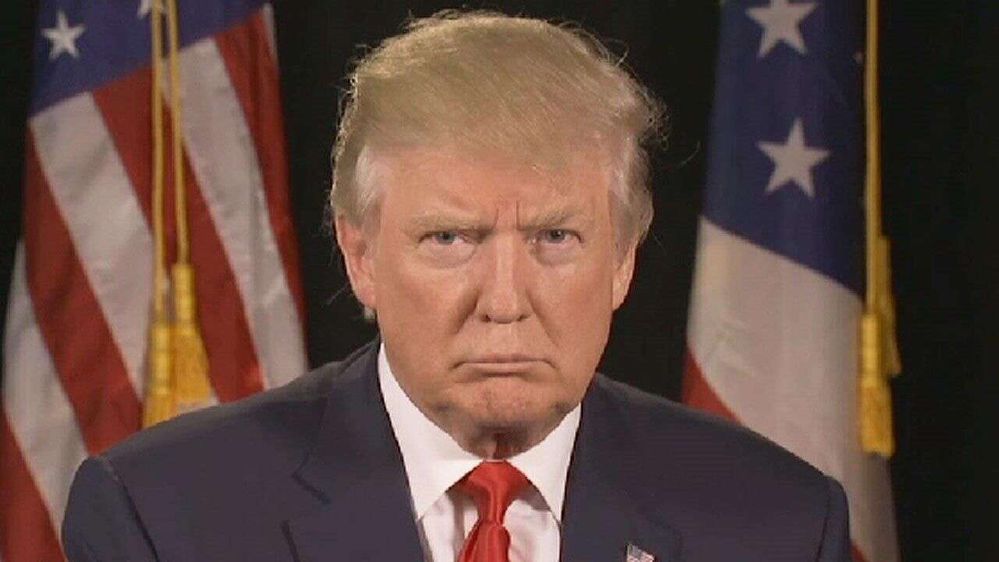 never mind we are in the midst of a horrific pandemic. How dispicable. The man is simply not able to process caring at all. We can do SO much better!!!!

Report Inappropriate Content
2
Kudos
1091
Views
9
Replies
Reply
2 Kudos
Turn on suggestions
Auto-suggest helps you quickly narrow down your search results by suggesting possible matches as you type.
Showing results for
Show  only  | Search instead for
Did you mean:
Users
Announcements