182 Views
Message 2 of 72
Both. ...
Watch as time progresses, our lefties will increasingly be come more and more outraged over things they "feel" and then make stuff up. to justfy their feelings. It's called the Jusse Smollett affect.

If I feel it, it must be true.

Searching for (cousin) it.

Libs are nuttier than a porta potty at a peanut festival

When the analysis of todays events goes down a rabbit hole and talks about activities that happened 50-60 years ago... focus and analytics are lost.  Clearly this indicates a basic lack of understanding  dynamics and issues of the day.

Allies come to protect each others back and that's what we're doing. Listen...  Every president has do so, History proves this, however not with equal vigor. To your odd point... this is not a police action. That observation is wrong and repeating it, will never make it right or accurate.

The sins of the past are not relative todays events. However ...  if someone is trying to move the conversation towards antisemitic bigoted rhetoric, then of course anything ever done is relative... right?

Hamas fired hundreds of rockets without president Trump helping them. Hamas are terrorists. Hamas are murderers. Hamas needs no reason to hate Jews. Hamas uses children as shields. Hamas is openly commited to the destruction of Israel. Hamas is commited to the genocide of the Jewsih people. Hamas are being aided by Iran. Hamas can not build their own rockets. Hamas shoots their rockets indiscriminatly at civilians.

If anyone see Israel or the US as complicit in this debacle... well then, see Forrest Gump for reference.

Dynamics and the Issues of the Day

1. Trump was Elected and took office in January 2017 - At the time Israel and the Palestinians had co-existed for several years with few Major Incidents

3. Trump or Kushner have never sat down with any Iranian Leader

4. In July of 1980, Israel passed a law that declared Jerusalem the united capital of Israel. The United Nations Security Council responded with a resolution condemning Israel's annexation of East Jerusalem and declared it a violation of international law.

7. Netanyahu Promised During his Re-election campaign to Annex the West Bank - he also promised to wage a broad Military Campaign in Gaza just this past March

Rockets were shot into civilian areas of Israel. Now I have no doubt but you could go on. And it would be interesting to see how Latinos are involved.

American manufactured rockets were fired at rocket launchers that had bee firing at Israeli civilians - did you miss that part?

When did the President brag about ethnic cleansing?

Do you make that stuff up out of frustration over having nothing to support your views, or just pure hatred for the President?

Increasingly.... logic and reason escape the discussion and bigoted anti semitic hate inserts itself. As usual, conservatives distort reality in an attempt to smear others....very trumpian like.

In the continuing attempt to blame everything on president Trump the simple fact remains...before trump got involved, there was peace.  Doesn't take much effort to be an honest observer of reality.   many here are defending terrorists.  That's what the one with the biggest army calls their opponent......just as the Cons called Muslims.   If you're good with that,  well your blind hate has reached epic porportions. No, I'm never good with right-wing alternative reality.  But thanks for your concern.

YOU ARE DEFENDING MURDERING TERRORISTS. Like trump wants to execute suicide bombers.....

If you want to discuss the perceived sins of the past... knock yourself out. I'm looking at actions of killers killing of innocent civilians in Israel while the killers use children ... CHILDREN! as human shields.  Israel doen't mind killing children.....just look at the death tolls....

How does one sleep at night defendng murderers using kids as shield....probably the same as those who distort the facts......but thanks for asking.

"We killed children and infants, but it's their fault....they fired first."  Brilliant.  Makes as much sense as Rumsfeld calling every Iraqi killed a terrorist....makes Conservative blood sizzle....

Children used as human shields are murdered by those who use them. You are welcome to your opinion.  If you can't discern the difference,  that is very troubling.

Bigot - one who is intolerant of a differing view;

It appears you're ok with children as human shields. How tolerant of another view.....YOU get to define what another believes.  LMAO!!!!

In fact, hamas demands chldren be used as shields to run the body count up to promote their genocidal antisemitic propaganda.  Shame on them trying to stop the much better equiped and those willing to kill children.  Looks like some have taken that horror, hook line and sinker. Why yes, it appears you have.

Hamas are terrorists and will kill anyone and everyone for their openly stated goal of, the destruction of Israel and the genocide of the Jewsih people... is there anything else that needs to be stated?  Why?  You are already repeating youself.....I could repeat the answers, but why bother?   I know who the bad people are. You over-estimate yourself, IMO.  You've already called others anti-semitic and haven't provided one example that proves your false contention. There will never be peace, where hate is cultivated and fools believe the lies of terrorists.  Yes, Israel and trump are cultivating hate; I agree.

When they set up their rocket launchers in the proximity of schools hoping that they will not be attacked, that is repugnant. And your inability to accept that - preferring to find some way to attack a fellow poster is really quite sickening.

Or maybe you are an anti-Semitic Hamas supporter. It is hard to tell on these boards.

Oh, but we must remember OUR leader calls certain countries/continents sh*tholes.  After all, that is what majority of American's views are, right?  Sad, but true!

Apparently the RW seem more than happy to ignore anyone who is using military.    Donald's ignoring of this genocide is startling.   His son in law demands no more talk of 2 state solution, which is another green light for genocide.

Current WH regime is all in for another war - donald wants to say that he has won one.    He is currently backing the military coup going on in Libya and is also backing one in VZ.    His inept State Department released their talking points on Guido and are also in the planning stages of eliminating Guido and blaming the democratically elected leader of that country for the murder.    https://www.mintpressnews.com/anti-war-voices-warn-of-cia-provocation-to-kill-guaido-blame-maduro/25... 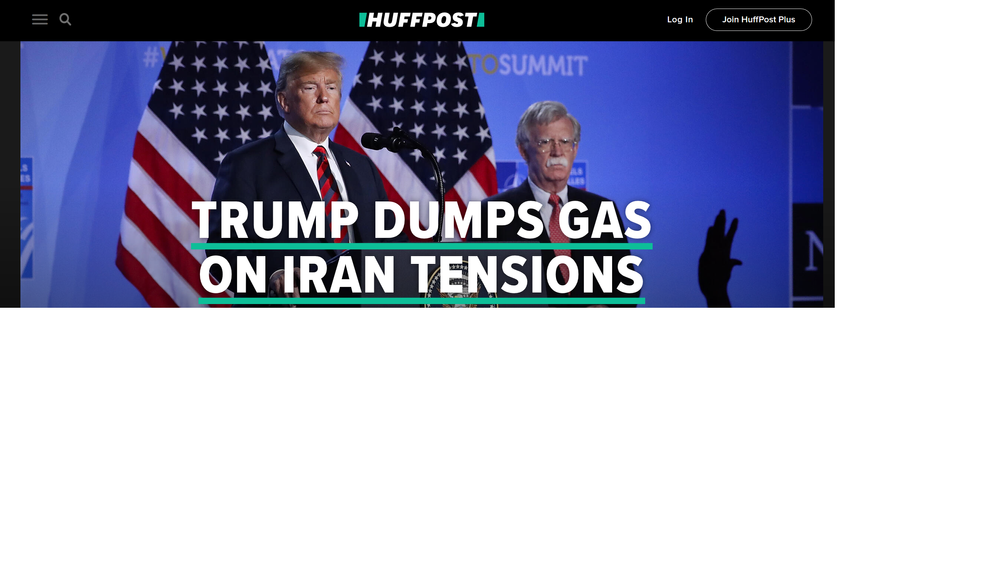 Oh, but we must remember OUR leader calls certain countries/continents sh*tholes.  After all, that is what majority of American's views are, right?

It appears...DIPLOMACY (are they in the US interests or are there other reasons) is only used with his buddies, the leaders of North Korea and Russia. No worries, we will hear again just more lies (like the Mueller report showed) coming from the platforms out of the White House.

Provocation or Prevention?  I found this very interesting at this pivotal time in the ME.

I have proved many times that your posts are not factually. When you post a lie like you did on this thread..."Trump Starts Mideast War" that says it.

Even to put the US Military in Harms Way - 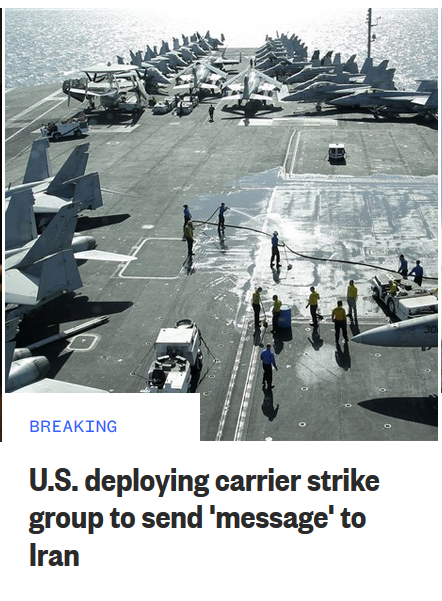 WHAT MESSAGE TO WHOM - FOR WHAT?

Report Inappropriate Content
1
Kudos
245
Views
Reply
1 Kudo
Turn on suggestions
Auto-suggest helps you quickly narrow down your search results by suggesting possible matches as you type.
Showing results for
Search instead for
Did you mean:
Users
Announcements