Obama, others warned Trump that pulling out of Iran nuke deal could lead to war

"The choice we face is ultimately between diplomacy or some form of war," then-President Barack Obama said in 2015.

WASHINGTON — To supporters of the Iran nuclear deal, it's no surprise that President Donald Trump is now facing a potential war with Iran.

Long before Trump was elected, advocates of the nuclear agreement — including then-President Barack Obama, French President Emmanuel Macron and others — had argued that abandoning the accord carried grave risks that could lead to an armed conflict.

"So let's not mince words. The choice we face is ultimately between diplomacy or some form of war — maybe not tomorrow, maybe not three months from now, but soon," Obama said in a speech in 2015 defending the deal before a congressional vote.

Trump as a candidate vowed to dump what he called "the worst deal ever" and he made good on his promise in 2018. A year later, Trump is openly discussing the pros and cons of bombing Iran.

On Friday, the president said in a tweet that he had ordered and then called off military strikes against Iran after Tehran shot down a U.S. surveillance drone over the Strait of Hormuz.

n his 2015 speech, Obama said that without an agreement limiting Iran's nuclear program in return for sanctions relief, any U.S. administration would be left with only one option to prevent Iran from getting a nuclear weapon — "another war in the Middle East." 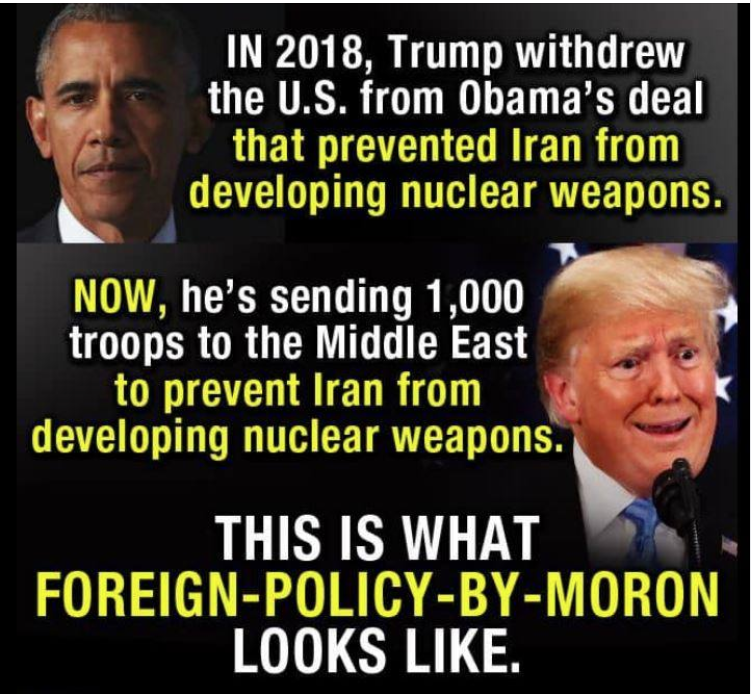 Trump is a grifter with the power of the President.

Nothing small about his swindles and Cons though.

Trump can create emergencies and create solutions for them.

President* Trump Just Stumbled Into, Then Out of, a War With Iran

This is Dr. Strangelove starring Moe, Larry, and Curly.

I take offense at comparing the NeoCons in the White House to the Stooges, the Stooges while comicality  inept, were always ready to help the poor and oppressed.

I think if the Stooges were alive today they would be doing skits about  defending children in the docket, breaking them out of cages, and hiding them from inhumane treatment. 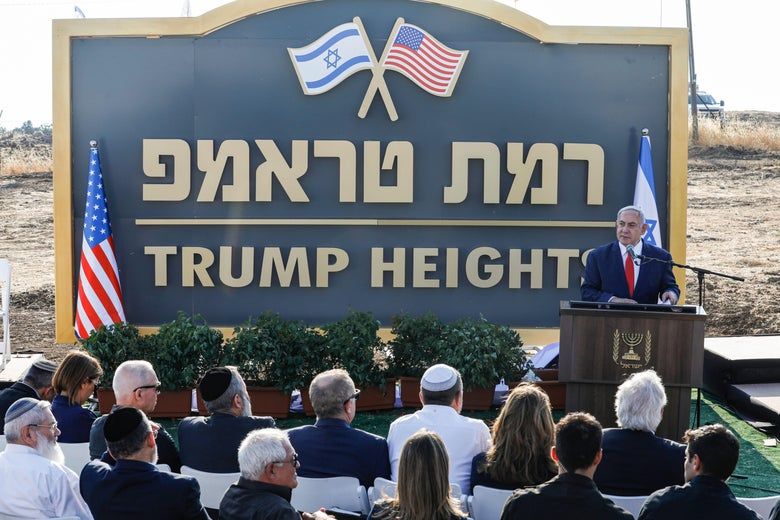 Now where is all this going??? Well, let's factor in the proposed sales to Saudi and this new marked territory in Golan Heights...gee, we got a real meeting of the minds, huh?

@DaleR498376 wrote:
Trump didn't flip flop. He talks tough but is wary of war -- always has been. Besides there is a more
important thing: RE-ELECTION, A war with Iran, North Korea or Russian would keep the spotlight
off him. revrobphd

And it appears that there are some that would have liked to see 150 civilians killed for that spotlight to use against the President.

Trump smothers his own military threats

Faced with evidence of nefarious activities by such countries, and pushed by hawkish advisers to mount a military response, Trump keeps stepping back from the ledge.

President Donald Trump has long talked a big game when it comes to standing up to U.S. adversaries. He’s threatened “fire and fury” against North Korea, hinted at military action in Venezuela and warned that he could bring about the “official end of Iran.”

But, when faced with evidence of nefarious activities by such countries and pushed by hawkish advisers to mount a military response, Trump keeps stepping back from the ledge.

The president’s latest move, canceling an imminent U.S. military strike against Iran after Tehran shot down a U.S. drone, risks creating a “Boy who cried ‘wolf!’” scenario: Trump’s future threats may not be taken seriously and adversaries could dangerously miscalculate how he will react, former U.S. officials and analysts across the political spectrum warned.

“President Trump’s handling of rising Iranian provocations in the Persian Gulf is undermining American global credibility — which is the currency for foreign policy and the bedrock of deterrence — and our vital interests,” said Michael Makovsky, chief executive of the right-leaning Jewish Institute for National Security of America.

Trump Claims He Got Iran Death Estimate With Minutes To Go. He Should’ve Had It Way Earlier.

Trump’s explanation for why he canceled a missile strike on Iran raises serious questions about his National Security Council decision-making process.

WASHINGTON ― President Donald Trump claims he prevented the deaths of 150 Iranians Thursday night ― but his account raises questions about why he only learned how many people would die in his planned missile strike minutes before it was to happen.

Sources familiar with the National Security Council decision-making process say the number of people likely to be killed and injured in a U.S. military action is one of the first pieces of information a president receives in the planning process. 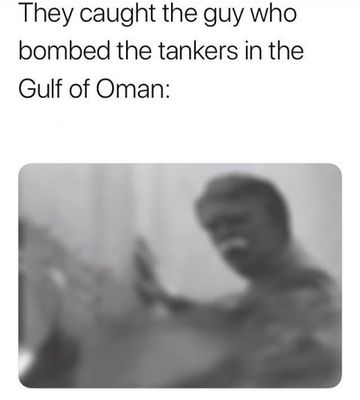 THEN I WIMPED OUT

Trump on Friday described a nail-biting decision to call off an imminent attack on Iran in order to avoid disproportionate casualties, but the account is already facing scrutiny from aides around him and military analysts questioning the sequence of events he laid out in tweets and statements.

Early in the day, the president said he called off the counterattack at the last minute because it would kill 150 people in retaliation for the downing of an unmanned surveillance drone. “We were cocked & loaded to retaliate last night on 3 different sights when I asked, how many will die,” he tweeted.

But administration officials said Trump was told earlier Thursday how many casualties could occur if a strike on Iran was carried out, and that he had given the green light to prepare for the operation Thursday morning.

The confusion reinforced concerns about the Trump administration’s credibility at a time when key U.S. allies are already questioning its narrative about Iran’s culpability for a recent spate of attacks on oil tankers.

The decision has divided his top advisers with senior Pentagon officials opposing the decision to strike and national security adviser John Bolton strongly supporting it.

Iran said Friday that the United States had “no justification” for a retaliatory strike and vowed to respond “firmly” to any U.S. military action.

Trump’s morning tweets appeared to gloss over the fact that he was the one, as commander in chief, who had ordered the retaliation against Iran in the first place.

Trump administration officials, who like others spoke on the condition of anonymity to discuss sensitive national security decisions, said the president approved the strikes after Iran’s Islamic Revolutionary Guard Corps earlier in the day shot down the Navy RQ-4 Global Hawk, a move Trump described as a “very big mistake.”

But he later changed his mind, the officials said. The decision was first reported by the New York Times.

Report Inappropriate Content
1
Kudos
421
Views
Reply
1 Kudo
Turn on suggestions
Auto-suggest helps you quickly narrow down your search results by suggesting possible matches as you type.
Showing results for
Show  only  | Search instead for
Did you mean:
Users
Announcements