The truth behind the Hunter Biden non-scandal

The story of Hunter Biden’s involvement with the Ukrainian gas company Burisma isn’t a scandal about his father, as the Trump campaign claims, but part of a personal tragedy for the vice president’s son, compounded by this week’s dissemination of what looks like disinformation about Joe Biden’s role.

What’s clear, beyond the false scandal-mongering, has been evident for years: Hunter Biden made a mistake getting involved with a dubious company like Burisma. But the notion that the Burisma affair undermines Joe Biden’s case to be president is, as he would say, malarkey.

The Biden campaign has been understandably reluctant to respond, for fear of giving the story legitimacy. Still, Biden has said his son made a mistake. Family friends say the vice president is reluctant to publicly criticize Hunter Biden further, but they stress that both Bidens have learned the painful lesson that a president’s children should stay away from international business. Would that the Trump family recognized that rule.

To provide perspective, I talked this week with a business consultant with extensive experience in Ukraine, whom Hunter Biden contacted in early 2014 as he was considering joining the Burisma board. The consultant strongly urged against this move, but Biden, struggling with personal and financial issues, pressed ahead.

The danger that Hunter Biden’s Burisma connection might be misused was illustrated soon after.

Burisma posted a photograph on its website of Devon Archer, Hunter Biden’s business partner, standing with the then-vice president before an American flag at what appeared to be the White House. Archer, with Hunter Biden, joined the Burisma board in the spring of 2014.

The consultant, who requested anonymity, said he urged Hunter Biden through a friend to have Burisma take down the photo, and it was removed from the company’s website that day. A copy couldn’t be located, but the Biden campaign doesn’t dispute that it may have been taken when Archer visited the White House in April 2014 with his son.

The Hunter-Ukraine connection has been a political sideshow since the Biden campaign began. It got new voltage this week when the New York Post published what it claimed were emails from Hunter Biden’s laptop suggesting that he had helped arrange a 2015 meeting between his father and a Burisma executive. The Biden campaign denied any such meeting, and its accounts, based on recollections of multiple staff members, are believable. An Eastern European expert in digital forensics who has examined some of the Ukrainian documents leaked to the New York Post told me he found anomalies — such as American-style capitalization of the names of ministries — that suggest fakery.

People in personal trouble, as Hunter Biden was in 2014, often ignore good advice, and that seems to be the case here. The consultant, elaborating on a fragmentary account I reported in March, told me that he was approached in the spring of 2014 by one of Biden’s friends, who was worried about his plans to join Burisma.

The consultant said he met Biden and the friend for drinks at the Ritz-Carlton hotel in Georgetown. Biden described the discussions between Burisma and his company, Rosemont Seneca Partners, which he had founded five years before with Christopher Heinz and Archer, both friends from Yale.

Biden asked the consultant about some of the Ukrainians involved with Burisma, whom Archer had encountered in Kyiv. Burisma was pursuing new gas leases in Ukraine that it claimed might attract international investment, the consultant remembers, and wanted prominent people on its board.

The consultant made some inquiries about several senior Burisma executives and then met with Biden a week later. The consultant told Biden the planned Burisma gas licenses involved small assets that weren’t likely to attract foreign investors, and cautioned the vice president’s son against working for the company.

“They’re using you for your name. They will exploit your name to your detriment and your father’s,” the consultant remembers warning Biden.

Biden responded poignantly about his need for income, the consultant recalls. “My mom and dad don’t have money. Beau [Hunter’s brother, now deceased] will run for office. I have to make money for the family.” Biden said he planned to join Burisma as a director. Family friends say he was struggling with a drug problem at that time, and his judgment was erratic.

About a month later, the photo of Joe Biden and Archer appeared on the Burisma website. The consultant phoned and texted Hunter Biden, without response, and then contacted the mutual friend who had connected them. “This is the kind of nonsense I talked about,” the consultant said he warned. Evidently someone contacted Burisma, the consultant said, because the photograph disappeared.

Archer, like Hunter Biden, joined the Burisma board in 2014. As a director, Biden received $50,000 a month. The Biden campaign said Joe Biden’s tax returns before and after he left office show he didn’t receive any money from Hunter Biden. Archer left the company in 2018, and Hunter Biden left the next year. In 2018, a federal jury convicted Archer on a fraud charge involving bonds for a Native American development company, a verdict reaffirmed this month by a federal appeals court.

Joe Biden said in January it was a “mistake” for his son to join the board, and promised that if he becomes president, none of his family members will have “any involvement with any foreign government at all.” Hunter Biden, too, said he made a “mistake” for which he bore “full responsibility.” That’s the sort of self-criticism we rarely hear from Trump or his family.

This is smoke without a fire. Hunter Biden erred. His father has said so quietly but clearly. He should get on with the business of trying to put the country back together after Trump’s ruinous presidency.

The Dems have over an 80% chance of winning the Senate so no, there  will be no investigation launched by the Senate Republicans in January.

Hilariously, now the Bannon companion says he has another laptop.....so soon there will be a really bizarre argument among the far righties re:  competing laptops...   They are really getting squirelly.       I have some spare laptops - should I call a press conference  /s

The Biden Crime Family has provided all the evidence needed on Hunter Biden’s laptop.  The FBI has now had it for over a year.  Much more is on the way...

The Biden Crime Family has provided all the evidence needed on Hunter Biden’s laptop.  The FBI has now had it for over a year.  Much more is on the way...

Oh yes, much more is on the way.  Fed authorities are investigating if the "smoking gun" supplied to the NY Post by good ol' Rudy is part of the misinformation that was fed to Giuliani by Russia and his orange daddy was subsequently warned about, but pooh-poohed.

Lot of holes and questions about the veracity of those computer 'files' and it is not even confirmed that the FBI has the laptop or that it even belonged to Hunter.  The computer store owner who supposedly turned the laptop over seems to suffer from a memory lapse and has gotten real sketchy with the details of who, when, where, why.

Read all the details at USA Today.

jimc91:   The Biden Crime Family has provided all the evidence needed on Hunter Biden’s laptop.  The FBI has now had it for over a year.  Much more is on the way...

I seem to have heard that somewhere before. LOL Getting a kick out of watching the right fall for yet another bogus story, but they better hurry up with this one because their hero is about to get a pink slip.

And next year, the FBI will have the Trump family laptops.  I think dueling FBI investigations will be fun.

This is a nice article of praise for Hunter Biden.  Seems there are so many enablers for him, including Joe Biden.  The story about how he needed to help his parents doesn't add up.  Let's look at some dates.  Joe Biden's first wife was killed in an accident in 1972.  I think it was 2014 when Hunter joined the Ukrainian gas company. I doubt anyone but Hunter was in need of this kind of money.  Remember his huge cocaine problem?  The article does point out that he was not encouraged to do this.  Joe Biden marred Jill in 1977, so I doubt they were without funds. Is Jill the parent he was referring to in 2014?  Beau died in 2015.  Just adding this so some dates are remembered about the Bidens.

Joe Biden will always be an enabler to Hunter Biden's many problems.  He has proved this by doing it for years.  Perhaps the only way his son can be helped is to let him sink or swim.  Articles of praise and tear jerkers as I mentioned will not solve his problems.

An email thread that appears to show Hunter Biden pursuing a lucrative energy business deal in China — and possibly cutting his father in on the action — has been verified as authentic by one of its recipients, Fox News reported Friday night.

The Fox report also cast light on a tantalizing mystery in the emails, as first raised by The Post — a reference to 10 percent of the proposed business’s equity perhaps going to “The big guy.”

Tune in tomorrow...Why?  Will it serve Bernie?

Republicans. You should know that.

We just spent 4 years on Russiagate, partisan impeachment hearings, Quid Pro Quo, and Collusion Delusion. Do you think Republicans are going to give Biden a free-pass?

The trump supporters seem to be giddy with this Russian disinformation campaign...it's sad as some claim to be "Christians"...

Obama was not born in the US...Obama spied on trump...Biden sexually harassed a woman....Biden knew of Hunters' desires for favors... 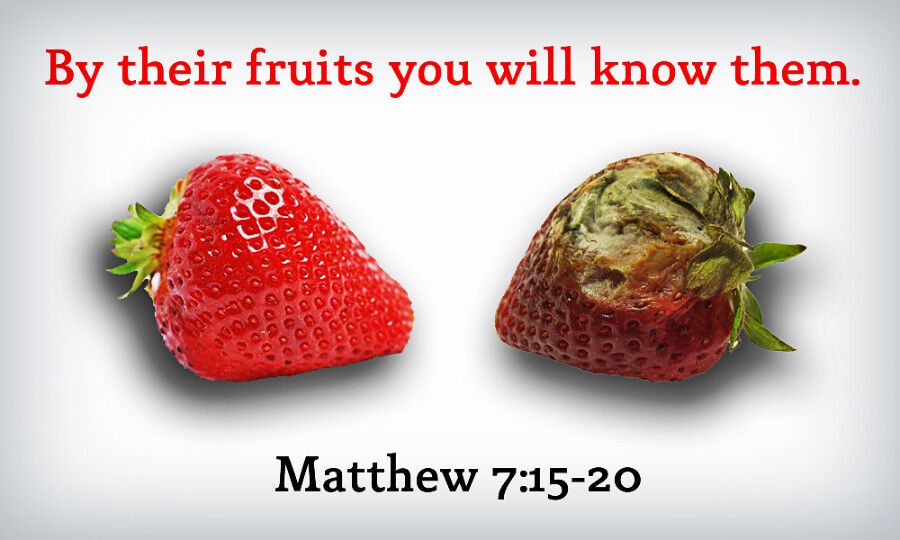 I don't see as to why I should defend or not this thing about  Hunter Biden, because I still have never paid any attention as to what any tabloid  has ever printed. and if the Trump followers want to believe a paper that is not better than tha iNquire  that is their problem they are in my mind not that bright.

Wow, this is a real "tear jerker."

The far right Trumpers who need something to try and hurt Biden with even if it is a lie. Well Trump does lie non stop, and allows people in the uSA to do the same.

I'm pretty sure the Bidengate Hearings will begin on or around January 21, 2021.

Who's going to investigate him?  Bernie?

Were any goods or services promised?
Protocols might have been ignored.
Common sense was bypassed.
But, just for the record, were any laws broken?

Or did russia and rudy break laws?

0 Kudos
401 Views
0
Share
Report
Reply
Turn on suggestions
Auto-suggest helps you quickly narrow down your search results by suggesting possible matches as you type.
Showing results for
Show  only  | Search instead for
Did you mean:
Users
Announcements