The Trump-Russia Probe Is About to Get Uglier

This from the original posted article:

" Duke University law professor Samuel Buell, a former prosecutor, wrote in July that "it is highly likely that special counsel Robert Mueller will find that there is a provable case that the president committed a felony offense," namely obstruction." 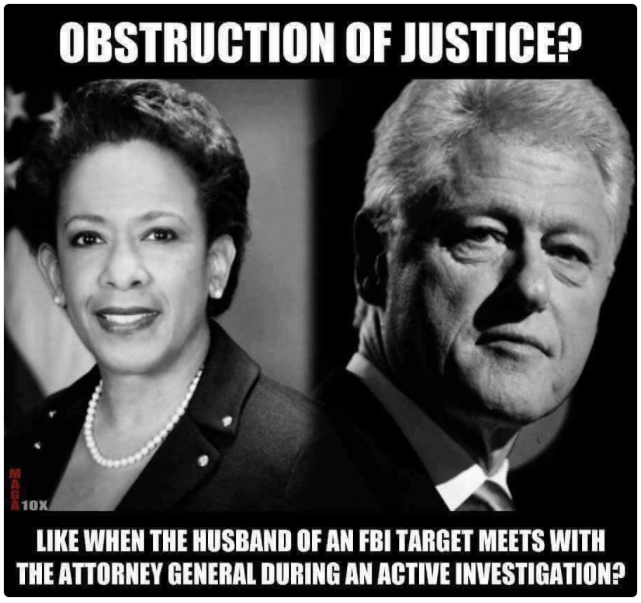 Yep - "rebuttals" is quite a "debunking" - but, the "Oh how I hate Trump" crowd seemed to think it meant something.

"the salt of the earth" - everyone knows what happens when the ground is sowed with salt - everything dies...

Karen Fonseca and her husband - fine high quality patriots - have it absolutely correct...

liddle donnie has never had a sense of shame.

Nixon was a far better human being than trump.

Things will get very ugly indeed.

The Trump-Russia Probe Is About to Get Uglier

From Bloomberg The Trump-Russia Probe Is About to Get Uglier

Unpleasant facts are spilling out. Republicans don't want to know them.<<<< Denialism?

Here are two certainties about the Trump-Russia investigation. It won't end soon. It will get uglier.

QuickTakeGuide to the Trump-Russia Probe

This is not a saga in its closing chapter.

Equally clear is that no matter what is revealed, Trump and his allies won't go quietly. Already, some congressional Republicans are trying to smear Mueller, the most experienced and respected special counsel in more than 40 years. If cornered, does anyone doubt that Trump will summon his core supporters to the streets?

The constant revelations create such a blur that context sometimes is overlooked. Trump and his operatives have lied repeatedly, denying that they had any contacts with Russians. Now we now know of at least 19 meetings among 31 interactions.

There are three avenues Mueller is exploring. Did the Trump team aid and abet the Russian efforts to hack and steal e-mails with an eye toward influencing with the U.S. presidential election? Did the president try to obstruct the investigation into those efforts? What was the nature of any financial arrangements Trump may have had with Russians linked to the Kremlin? Many of the Trump defenses seem to be unraveling.

U.S. intelligence agencies have reported "with high confidence" that the Russian government was behind break-ins to the email accounts of Democratic operatives during the 2016 presidential campaign as part of a campaign to "undermine public faith in the U.S. democratic process" and harm Hillary Clinton's "electability and potential presidency." In a January report, the agencies said that Russian President Vladimir Putin and his government "developed a clear preference for President-elect Trump."

The question now is whether Trump or his team knew about this and facilitated the dissemination of the stolen material through WikiLeaks and other sources. The secrecy and contradictory accounts of their communications with Russian sources undercuts their repeated claims that their contacts were innocent.

By last week, Trump opponents were taking to public forums to talk about the evidence supporting an obstruction-of-justice case against Trump himself. That's based on a chain of events involving Trump's effort to pressure James Comey to drop the Russia probe and then firing him as director of the Federal Bureau of Investigation when he didn't.

News organizations have also reported that Trump tried to influence other key officials to curtail investigations, including National Intelligence Director Dan Coats, National Security Agency director Admiral Mike Rogers and House Intelligence Committee chair Richard Burr. Coats and the others have avoided commenting directly on these accounts, which nevertheless appear to worry the White House enough to produce a claim last week by Trump's personal lawyer, John Dowd, that a president can never be guilty of obstruction because he is the chief law-enforcement officer under the Constitution.

That drew scornful responses from legal scholars and even some pushbackfrom the White House lawyer handling the Russia case. As well it should; obstruction was the central impeachment charge against Presidents Richard Nixon and Bill Clinton.

Duke University law professor Samuel Buell, a former prosecutor, wrote in July that "it is highly likely that special counsel Robert Mueller will find that there is a provable case that the president committed a felony offense," namely obstruction.

And that's keeping in mind an important reminder from Bill Ruckelshaus, a former acting FBI director who was a hero of Watergate when he quit Nixon's Justice Department in 1973 rather than following an order to impede the investigation of that landmark case. What's publicly known about inquiries like this one, he told me in June, is just a little of what's actually happening.

There is, for example, evidence that Mueller has expanded his investigation to look at financial deals involving Trump family interests.

Robert Anderson, a top counterintelligence and cybersecurity aide to Mueller when the latter was FBI director from 2001 to 2013, wrote in Timelast month that Mueller "appears to have uncovered details of a far-reaching Russian political-influence campaign." Anderson predicted that the conspiracy would prove to involve wire fraud, mail fraud and moving money around illicitly between countries. He said more informants are likely to emerge, and declared, "When the people who may be cooperating with the investigation start consensually recording conversations, it's all over."

The issue of whether a sitting president can be indicted is unsettled. Those who know Mueller believe that he's less likely to pursue a prosecution than to send Trump's case to Congress to consider impeachment.

Trump loyalists have already started fighting that battle, with bitter preemptive counterattacks issuing from top congressional Republicans like House Intelligence Committee Chairman Devin Nunes, Oversight Committee Chairman Trey Gowdy and even Senate Judiciary Committee chairman Charles Grassley. They've made it clear that they're more interested in discrediting Mueller than in learning about what happened between the Trump camp and Russia.

Trump, if caged, will lash out furiously. Maybe he'd try to fire Mueller and issue pardons for his family and friends. He'd rally his hardcore supporters, urging them to protest against the threat to him. Thus it's impossible to envision a peaceful resolution like the one that occurred in 1974, when Nixon was forced out to avoid impeachment.

"At the end of the day, Richard Nixon was found to have a sense of shame," notes Watergate prosecutor Richard Ben-Veniste. "It remains to be seen whether anything can shame Donald Trump."

So it begins.
Report Inappropriate Content
Reply
6 Kudos
Turn on suggestions
Auto-suggest helps you quickly narrow down your search results by suggesting possible matches as you type.
Showing results for
Show  only  | Search instead for
Did you mean:
Users
Announcements