Team Trump whines about "cancel culture" — but they're the ones who want to crush free speech Trump and his supporters play the victims of "cancel culture," while urging violent crackdown on peaceful protest.

If there was one major takeaway from this week's Republican National Convention, it's that conservatives live in mortal terror of "cancel culture," their shiny new term for what they used to call "political correctness." Even though Donald Trump controls the White House, conservatives control the courts and Republicans control the Senate, speaker after speaker insisted that the real power in this country belongs to a shadowy liberal elite with all-encompassing powers of censorship.

"We want a culture where differences of opinion and debate are encouraged, not canceled," Ivanka Trump claimed in her introduction to her father's speech that same night.

During his sweaty and red-eyed speech on the first night of the convention, Donald Trump Jr. claimed that "the left" is "trying to cancel all of those founders" and that "the radical left are now coming for our freedom of speech" and "want to bully us into submission."

On the same night, in her memorably bombastic performance, Don Jr.'s girlfriend Kimberly Guilfoyle also denounced "cancel culture" and declared, "They want to control what you see and think and believe so that they can control how you live."

So what is this nefarious "cancel culture" that conservatives believe threatens the basic right to free speech guaranteed by the First Amendment to the Constitution?

Well, let's talk about what conservatives don't mean when they complain about "cancel culture."

"Cancel culture" is not Trump sending out federal troops to tear-gas a bunch of peaceful protesters in Lafayette Square because he's so afraid of hearing hecklers that he must silence them with violence.

"Cancel culture" is not right-wingers running over protesters with cars, threatening them with guns or even shooting them in order to keep those protesters from using their First Amendment rights to speak out against police violence.

"Cancel culture" is not murdering journalists to silence them. Trump has openly admired such tactics as performed by Russian President Vladimir Putin. And when Washington Post journalist Jamal Khashoggi was "canceled" by being murdered and dismembered on the orders of Saudi Crown Prince Mohammed bin Salman, the Trump administration, which is friendly with the Saudi royals, simply shrugged it off.

"Cancel culture" is definitely not Trump trying to cancel the votes of millions of Americans by undermining the U.S. Postal Service, just before an election in which record numbers of Americans are expected to vote by mail. Trump has been open about his belief that he should be able to cancel or declare fraudulent any votes that are cast for Joe Biden, but somehow this rejection of Americans' most basic right is not "cancel culture".

Nor is it "cancel culture" when Trump undermines the post office in his crusade to punish Amazon CEO Jeff Bezos for owning the Washington Post, a newspaper Trump would like to silence for the crime of publishing unflattering stories about him and his administration

"Cancel culture" is not Trump working with NFL owners to punish football players who speak out against police brutality by kneeling during the national anthem.

"Cancel culture" is not Trump canceling the ability of medical experts at the FDA and CDC to speaking truthfully in public about the coronavirus, because Trump is eager to conceal the severity of the pandemic. And "cancel culture" is definitely not Trump trying to cancel as much coronavirus testing as possible, because he wants to eliminate all statistics that he feels make him look bad.

No, when conservatives complain about "cancel culture," they are unconcerned with the various efforts to silence scientific information or progressive opinion through violence, censorship or intimidation. If anything, the legal right to free speech is considered the problem, since allowing progressives to express their opinions perpetuates what conservatives deem to be "cancel culture."

For instance, one of the biggest themes of the RNC was outrage at the fact that progressives are still permitted to protest in the streets, anger the speakers tried to justify by painting peaceful protesters as "rioters" and "looters." The whining continued after the convention, as Fox News spent much of Friday morning running segments denouncing the presence of protesters outside the convention, presenting people who are exercising their free speech rights as a dangerous threat.

Ultimately, that's what all this right-wing moaning and groaning about "cancel culture" is really about: Fury that progressives can use their free speech rights to criticize them.

Trump warns that the left wants to "scare you out of saying what you know to be TRUE," and the fact that he's being vague and euphemistic about what he really means is no accident.

The president and his audience both understand what really chaps their hides here is that it has becom increasingly difficult to use racial slurs or sexually harassing comments without being called out. But if Trump came right out and said that, he'd draw more of that unpleasant criticism. So the fact that he's speaking in code is itself proof of concept to Trump and his followers: If they were truly free, which they define as "free from all criticism ever," they wouldn't need to hide behind such euphemistic language.

In one narrow sense, conservatives are right to believe that it's getting harder for them to express their opinions and ideas — not because of actual censorship, but because of their own sense of humiliation. If you say something racist or sexist, liberals can just call you a "bigot" and there's little you can do to stop them.

But as with much right wing rhetoric, there's a bait-and-switch going on. The incessant complaining about "cancel culture" at the RNC was directed towards a specific argument: If you don't like liberals "canceling" you by beating you in arguments, protesting in the streets or calling you a racist, vote for Trump and he'll break some heads and make them shut up.

Of course, the power that Trump could wield to stop progressives is quite literally the power of censorship, whether it's done bluntly with clubs and tear gas or through back door channels like colluding with NFL owners to shut down the more outspoken players. So the bait is an appeals to "free speech." but the switch is Trump's impulse to crack down on any opinion that makes him or other conservatives uncomfortable.

The scary thing is that this appeal could yet work. It's true that recent years have borne witness to changing social norms. It's a lot harder to be a bigoted jerk in public than it used to be, since more people are willing to push back against such behavior. For those who really like being jerks without getting pushback, Trump's implicit promise that he'll use the strong arm of the government to crush the critics still has plenty of allure. But let's not mistake that longing for censorship to be anything like a defense of "free speech."

trump and his sycophants are quite the hypocrites... 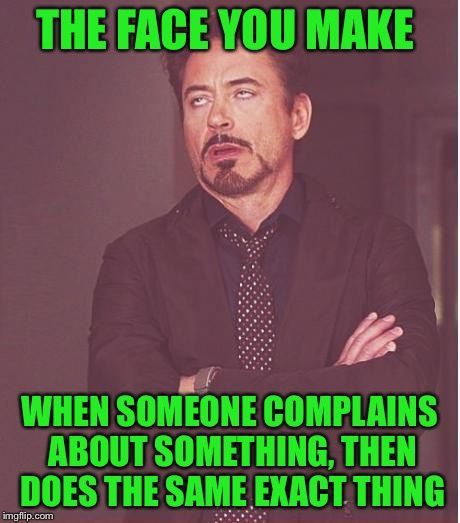 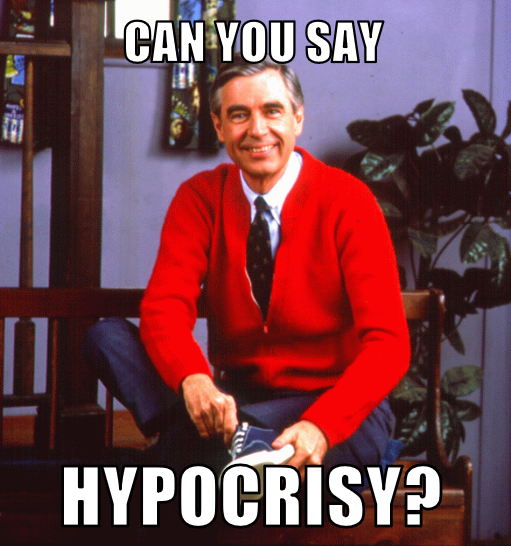 
"FAKE 45 #illegitimate" read a sign at the Woman's March in DC, 1/27/2017
0 Kudos
333 Views
0
Share
Report
Reply
Turn on suggestions
Auto-suggest helps you quickly narrow down your search results by suggesting possible matches as you type.
Showing results for
Show  only  | Search instead for
Did you mean:
Users
Announcements