@Centristsin2010 I cannot explain how much I value your posts and opinions.

I always kudo those I agree with, but don't feel adequate to reply.

But with this post, I feel strongly about some points and so am replying. I apologize in advance to anyone who feels offended; I am sorry you feel that way; this is only my personal opinion...

I've been #ImwithKaep (before the hashtag) since he brought his courage to national attention in 2016 by sitting out the national anthem. That drew attention from the "Commander"...

He (Trump) chose a battle he could only win with money and purchased power. And we allowed him to think that he could!

We are responsible for this sham, most embarrassing, most negative, and most destructive US administration in history! How is that possible when we ("baby-boomers") were responsible for ending the war that shouldn't have happened and this president is our generation?

Because we allowed him to gloat, assault, pay off, and buy his way to do anything he wanted and he took that to the presidency.

Centrist said, "People call the police for safety and security.  Not shot and killed in their own family's home.  It sickens me to no end."

So true! What makes this even worse, the call came in via the NON-Emergency line, so there was no reason to even think of using lethal force. Unfortunately, police work attracts a lot of people who can't wait to fire their weapon. They look for any excuse to do it.

Centrist, this makes me sick. It never ends, does it?

People call the police for safety and security.  Not shot and killed in their own family's home.  It sickens me to no end.

One would think that after all the exposure to this behavior that they would use more caution when reaching for their gun?!  It's in dire need of some "crisis management" training!!!

Centrist, this makes me sick. It never ends, does it?

A white Fort Worth police officer fatally shot a black woman in her home early Saturday morning, firing through a bedroom window while responding to a call about an open door at the residence, police said.

Officers were dispatched to the house in the city’s Hillside Morningside neighborhood at 2:25 a.m. Saturday after receiving an “open structure” call, according to a statement from the Fort Worth Police Department. A neighbor told the Fort Worth Star-Telegram he dialed a non-emergency line and requested a welfare check when he noticed that the door was ajar and the lights were on.

While searching the outside of the house, police said, an officer saw someone standing near a window. “Perceiving a threat the officer drew his duty weapon and fired one shot striking the person inside the residence,” police said.

Atatiana Jefferson, 28, was pronounced dead on the scene, according to police, who said the officers provided emergency medical care.

Body camera footage released by police Saturday shows two officers walking quietly around the side of the house and peering through two screen doors, then moving down a driveway into a backyard.

One officer approaches a closed first-floor window and shines a flashlight inside, then swiftly raises his gun. “Put your hands up! Show me your hands!” he yells. A split-second later, he fires a shot through the window. He does not identify himself as an officer in the footage.

Along with the video, police released images of a firearm officers said they found at the scene, but did not indicate whether Jefferson was holding the weapon or positioned near it when the officer opened fire. Officials did not release the officer’s name, describing him only as a white male who has been with the department since April 2018. He will be placed on administrative leave pending an investigation, according to the department.

The shooting comes at a time when relations between law enforcement and black residents in the Dallas and Fort Worth area are already under strain following the recent trial of Amber Guyger, a white former police officer who shot and killed her unarmed black neighbor, Botham Jean, in 2018.

Earlier this month, following an emotionally-charged courtroom saga that drew nationwide attention, a Dallas jury convicted Guyger of murder and sentenced her to 10 years in prison for killing Jean, whom she shot after mistaking his apartment for her own. Days after the sentencing, Joshua Brown, a key witness in the case, was shot and killed, stoking rumors that he was targeted because of his testimony. Police attributed Brown’s death to a drug deal gone bad and emphatically denied a connection to the Guyger case, but that has not quelled concerns from some local officials and activists, who have called for an independent investigation, as The Washington Post has reported.

It is not clear yet whether the officer who shot Jefferson will face criminal charges. Police said they will turn over body camera footage and other evidence from the scene to the Tarrant County District Attorney’s Office, which will decide whether to prosecute.

Lee Merritt, a prominent civil rights attorney in the Dallas area who said he is representing Jefferson’s family, said the officer never should have opened fire. Jefferson was playing video games with her 8-year-old nephew when she heard what she thought was a prowler outside the bedroom window, Merritt wrote in a Facebook post Saturday. When Jefferson went to the window to see what was happening, he wrote, the officer shot her.

Merritt described Jefferson as a “beautiful peaceful woman” who had graduated from Xavier University and worked in pharmaceutical equipment sales. He said her mother had recently fallen ill and that Jefferson was taking care of the house while she was in the hospital. “There was no reason for her to be murdered. None,” he said. “We must have justice.”

Merritt is also currently representing the families of Jean and Brown in Dallas.

Jefferson’s neighbor, 62-year-old James Smith, said he called police to the house in the early hours of Saturday because he thought it was unusual that the doors were open and the lights were on at that time of night. He told the Star-Telegram that he knew Jefferson and her nephew were home alone and wanted to make sure they were all right.

When officers arrived, Smith said, they parked around the corner, out of view. Shortly after, he heard the gunshot and watched several more officers run in, he told the Star-Telegram.

Here's Smith describing why he decided to call a non-emergency police number around 2 a.m. Saturday: 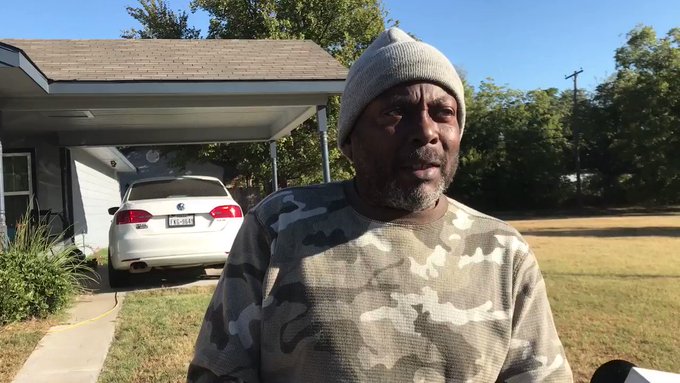 He said: “If you don’t feel safe with the police department, then who do you feel safe with? Do you just ignore crime or ignore something that’s not right?" 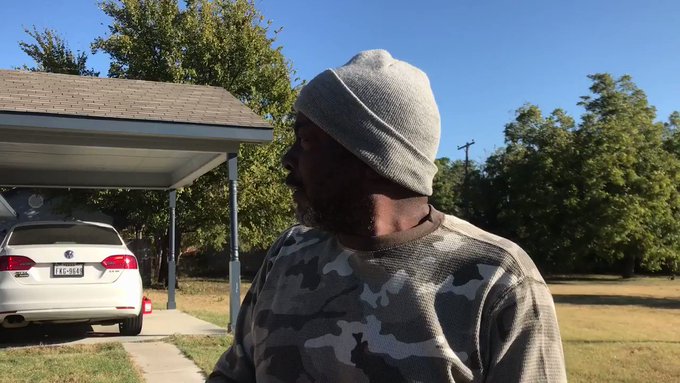 Jefferson is one of at least 689 people who have been shot and killed by American police officers in 2019, according to a Washington Post database that tracks such shootings. Of those killed, fewer than three-dozen were female, and just four were black females, according to the database.

“A young woman has lost her life, leaving her family in unbelievable grief,” Price said. “All of Fort Worth must surround Atatiana Jefferson’s family with prayers, love and support.”

https://www.washingtonpost.coFort Worth police officer fatally shoots woman in her home while checki...


"FAKE 45 #illegitimate" read a sign at the Woman's March in Washington DC, January 21, 2017.
Report Inappropriate Content
3
Kudos
375
Views
25
Replies
Reply
3 Kudos
Turn on suggestions
Auto-suggest helps you quickly narrow down your search results by suggesting possible matches as you type.
Showing results for
Search instead for
Did you mean:
Users
Announcements