King  President Trump is planning to ban the Chinese-owned app Tik Tok as soon as Saturday through an executive order.

Tik Tok is the most popular app in 2019 and 2020. Tik Tok is already banned in the country India. The U.S military banned Tik Tok in January due to it being a potential national security threat to the U.S.

“Trump masquerades as an angel of light, but he is the father of lies”
0 Kudos
328 Views
3
Share
Report
Reply

All of that is true and they have other things going for them: No regard for intellectual copyrights, or patents, no minimum wage, no tolerance for dissent, government funded hacking designed to steal any information they think profitable, no free elections, no private property (unless you're an important party member), and a few other little quirks.

All of that is true and they have other things going for them: No regard for intellectual copyrights, or patents, no minimum wage, no tolerance for dissent, government funded hacking designed to steal any information they think profitable, no free elections, no private property (unless you're an important party member), and a few other little quirks.

I read a magazine article about an American who owns a company that makes bicycles. His headquarters and warehouse are in California, but all his bicycles were made in his manufacturing plant in China.
Since Trump began threatening tariffs on Chinese goods, he opened up a new factory in Vietnam and one in Taiwan. He still has the factory in China but now they make less bicycles than they use to.
Now he allows the Vietnamese to design the new bicycles, too. I remember he said that the Vietnamese know bicycles as good as anyone in the world.
____________

You had me wondering about a minimum wage in China. Here's what I found...

China does have a minimum wage...

With wages on the rise in places like China and India, increasing numbers of the world’s biggest electronics manufacturers are building factories in Vietnam to take advantage of the "low cost of labor there".

Here are some products made in Vietnam...

In the last 10 or 15 years I've noticed more products labeled "Made in Vietnam".

In fact, several weeks ago I bought a new battery-powered lawn mower----> "Made in Vietnam". I learned that the lawn mower use to be made in China until recently. Now it's made in Vietnam.

Just out of curiosity, I looked at my cable box, my router and my laptop computer -- All "Made in China".

My printer -- "Made in Indonesia". 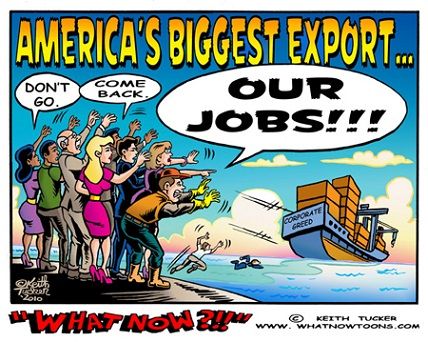 I noticed that some of the best videos on Youtube are made by Tik Tok.

Whether it's banning ZTE, indicting Huawei CEO Meng, closing a Chinese Consulate, economic sanctions against China, calling the Coronavirus the "Chinese Flu", having the US Naval Forces patrolling China's coastline, blocking China's 5G Network, or banning Tik Tok, it's done primarily because the US sees China as an economic threat.

"Let China sleep, for when China wakes, she will shake the world." - Napolean

When historians look back at the last decades of the 20th century , they might well point to 1979 as a watershed. That year, the Soviet Union invaded Afghanistan, digging its grave as a superpower. And that year China launched its economic reforms.

From that point China grew at 9% a year for almost 30 years., the fastest rate for a major economy in recorded history. The size of China's economy doubled in 8 years.

China is the world's largest holder of money with about $3 trillion in foreign exchange reserves.

With a population 4 times the size of the US, American business dreamed of the possibilities. Every businessman these days has a dazzling statistic about China.

0 Kudos
266 Views
0
Share
Report
Reply
Turn on suggestions
Auto-suggest helps you quickly narrow down your search results by suggesting possible matches as you type.
Showing results for
Show  only  | Search instead for
Did you mean:
Users
Announcements