THAT IS SOME FREAKING POETRY

THAT IS SOME FREAKING POETRY 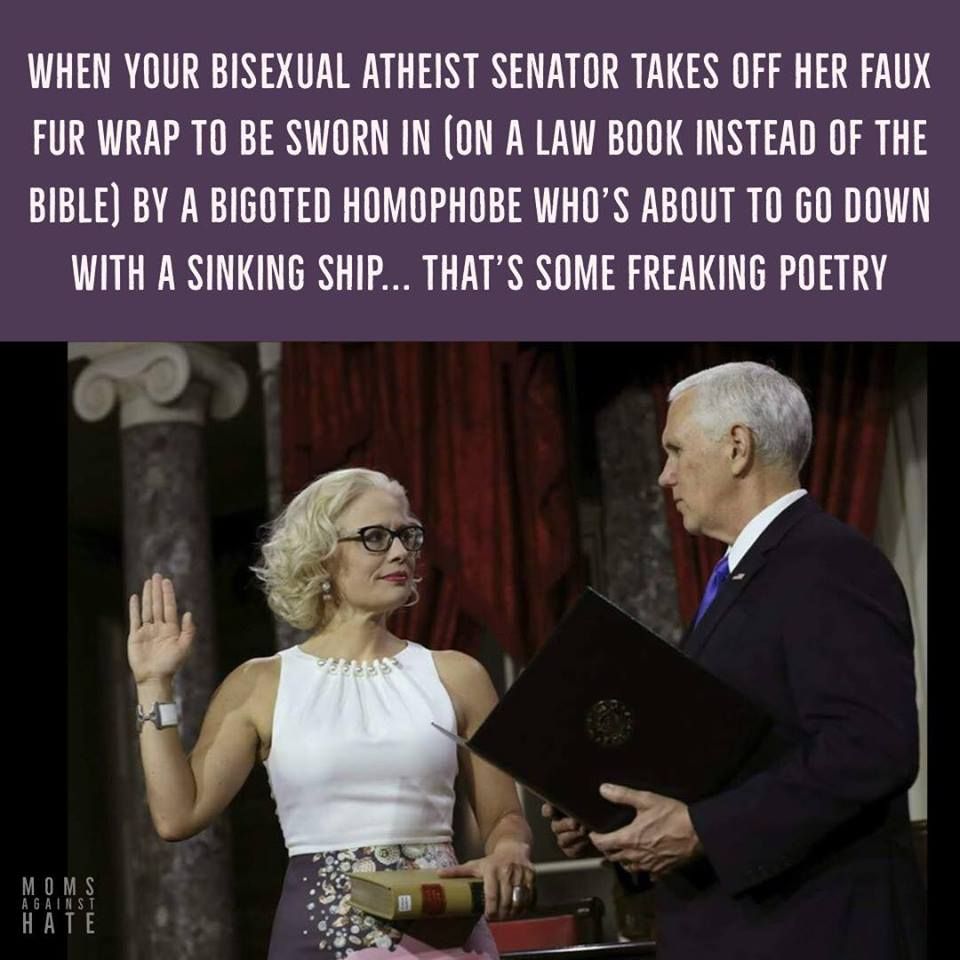 Sometimes you can’t dream up situations like this. Certainly seems appropriate doesn’t it?

Was pence staring at her!?

Was pence staring at her!?

ROFL! Exactly what I was thinking! Since Mr.HotPants thinks every woman is automatically attracted to him, it's a good thing he had his hatred of LGBTQ people to fall back on.

Suuure, because everyone knows women and LGBTQ people never tell the truth, right? No surprise that's the MAGATS starting point when it comes to posts defending Mr.HotPants' hatred of LGBTQ people. BTW-Kavanaugh's tantrum and love of alcohol is a dead giveaway about who's telling the truth - oh and so is his lying about devils triangles and boofing.

Pretty sure Warren has never been accused of being drunk and sexually assaulting someone. We've also never heard her lying about devils triangles and boofing, nor have we heard her screaming or watched her banging her fists on a table in a slobbering snit.

It's always interesting, though, when the right wingers express their hatred of Native Americans.

Obfuscating Kavanaugh's criminal behavior with Warren or nuns only further illustrates why he shouldn't be a SCOTUS justice. The pasta you're throwing isn't sticking to the wall. In so far as her DNA test, I'll take the word of Dr. Carlos Bustamante over yours any day.

If Warren’s heritage is so important to you, isn’t pence’s support of “anti gay” therapy worth looking into?

I still think pence was staring!

Oh, so you do understand then that she does indeed have Native American blood. Good. Not much reason then to repeat Trump's hate-filled racist insult about American Indians, especially when he disgracefully does it in the presence of Navajo Indians while standing in front of the portrait of the white man who signed the Indian Removal Act into law (Jackson).

You know, the bloodlines of those throwing fits over the removal of confederate traitor statues are every bit as watered down as Warren's - generations removed does that, ya know - but every time a statue is removed, those descendants protest as if they just died last week, and run people over with cars. Bit of a double standard there. Actually a HUGE double standard. White man claims it, that's alright. But claim Native American ancestry, and it's cause for insults and racism.

We can also thank Jackson for the Trail of Tears, and for squashing anti-slavery petitions in the 1830s. Not only did he hate Native Americans, he hated black people, too. It was proposed in April 2016 that Tubman would be on the front of the $20 bill and Jackson would be on the back. You mean you had never heard of Harriet Tubman until April 2016?? That explains a lot.

Actually, Tubman is credited with having escorted more than 300 slaves to freedom. And that's while she was poor and had a bounty on her head. Imagine what she could have accomplished had she had the backing of the US Army the way Jackson did! BTW, American Indians, who Jackson was also fighting to kick them off their own land, don't have British accents.

So you are okay with trump demeaning Native Americans in the White House?

That's how things are with Pence the pervert...

Wonder how many of Pence's pseudo-christian evangelical homophobic supporters are very much like "mr hot pants"...

That’s hilarious! Getting excited over cakes and syrup takes some work doesn’t it!

3 Kudos
432 Views
0
Share
Report
Reply
Turn on suggestions
Auto-suggest helps you quickly narrow down your search results by suggesting possible matches as you type.
Showing results for
Show  only  | Search instead for
Did you mean:
Users
Announcements