So this dude thinks Amazon should replace libraries

Re: So this dude thinks Amazon should replace libraries

As most know, I live in Texas....and one has to wonder if what happens in this state happens in many states, aka Voting occurs in Libraries.    As do summer programs for children and public meetings.   Apparently the idiot who came up with this nonsense doesn't get out from his bubble world much.

But then again, many of the fools on the right don't give two hoots about anything that doesn't generate a profit for shareholders.

All of which is pretty amusing, as donald rants and raves against the CEO of Amazon because he is so much wealthier than donald and he runs the city newspaper where donald is forced to reside.

So this dude thinks Amazon should replace libraries

This article prompted a twitter storm this weekend.  So, conservatives aren’t happy just going after public education. They have to defund libraries too? 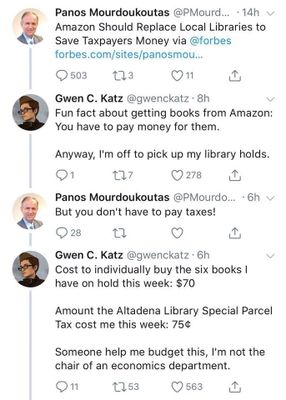 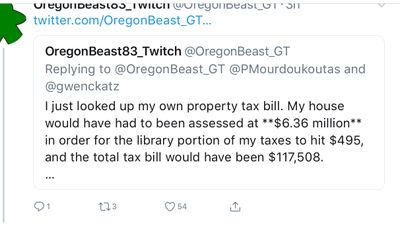 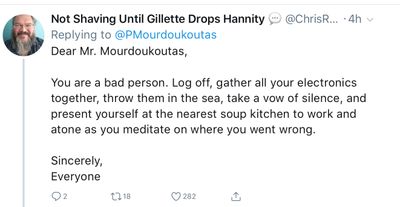 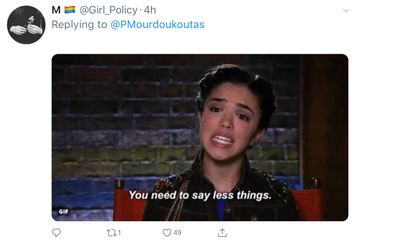