Cool.  IMO, we have a topic where everyone can be right.

To Kid's point, my first response to this topic was, "now we're posting weather forecasts as topics?

Why did you not make this thread ...Trump to dump snow on the south this weekend? Just asking.

Sub forty degree rains, freezing temperatures, sleet, ice, and snow in the Southern United States is something that has been known to periodically happen.

It's been happening far longer than a century before anyone ever heard of "global warming"...

In the part of the nation where I live, it's normal, expected, and prepared for, since it happens regularly between early October and early May.

Up here in the Colorado mountains, we snowmobile, showshoe, cross-country ski, alpine ski, snowboard, ice climb, etc, and hope it happens at least weekly or more often, rather than dread it...

And - oh yes - Ivana has always been able to ski both forward and backward better and faster than **bleep**face McClownstick has ever believed he was able to ski - all he can do is tell lies and make himself an embarassment before the world...

Why did you not make this thread ...Trump to dump snow on the south this weekend? Just asking.

Do you really not understand that Climate Change brought about by Global Warming is causing all of this kind of weather? Trump denies what his own cabinet/party climate scientists have told him. Do you deny it too?

Why did you not make this thread ...Trump to dump snow on the south this weekend? Just asking.
Report Inappropriate Content
Reply
1 Kudo
Highlighted

Snow to blanket the South this weekend in major winter storm

Winter storm watches are already in place Thursday for 6 million people in northern Texas, Oklahoma and parts of Arkansas and Missouri. 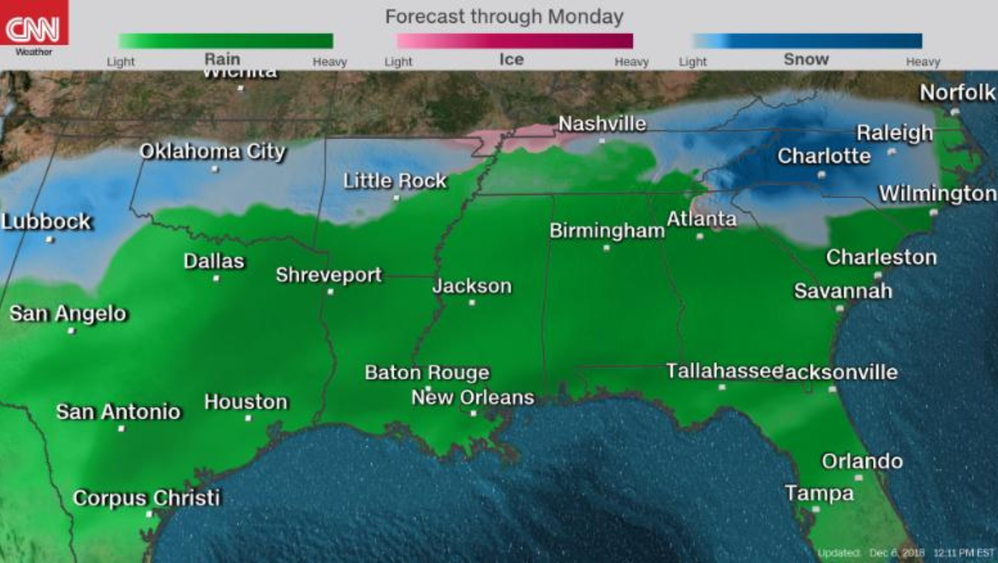