Since There Are Protests, There Can Be Rallies

Since There Are Protests, There Can Be Rallies

IMPOTUS thinks if it's OK for thousands of protesters to gather, than it's OK to hold rallies again (albeit you have to sign a waiver not to hold IMPOTUS responsible should you get infected -- not that he would accept responsibility anyway).  Also, he has made it clear he does not like to talk to a bunch of people wearing masks, much less wear one himself.

Look at these pictures taken during a prayer walk in DC today. 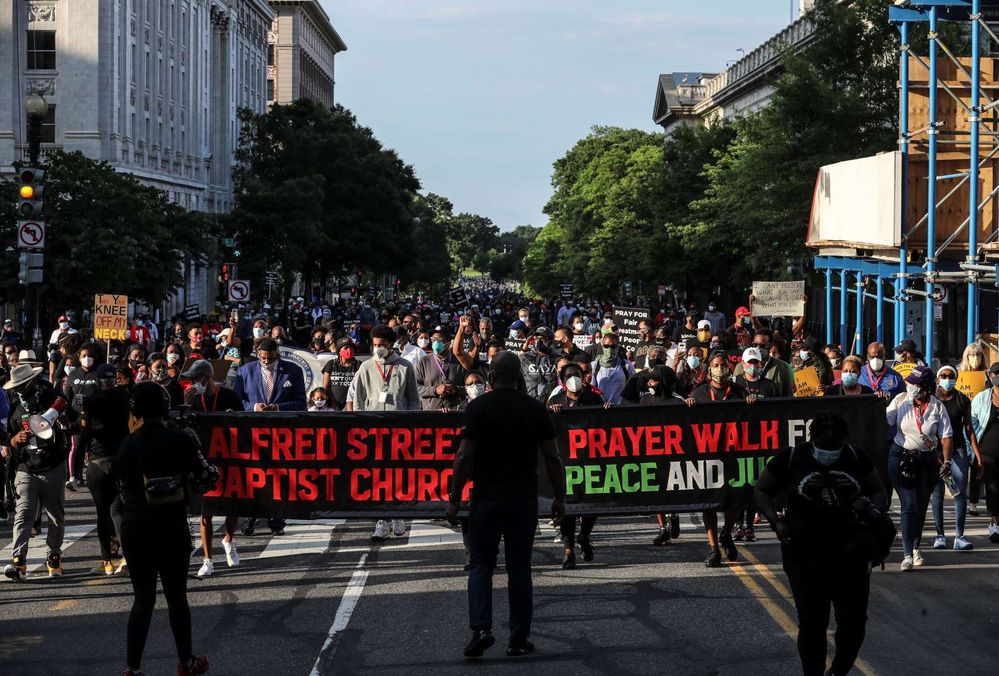 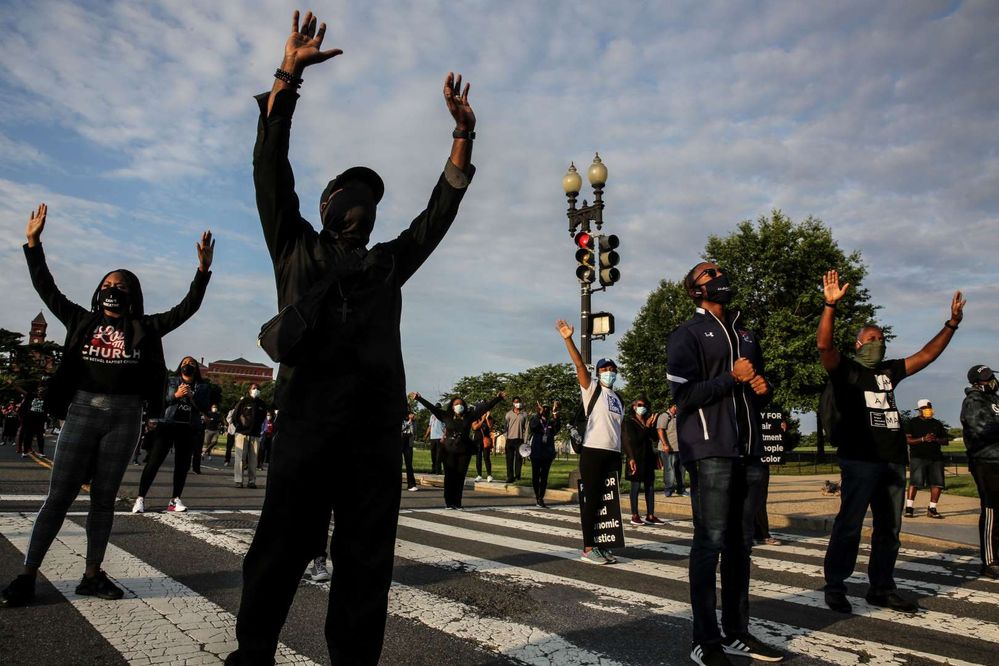 From Thousands join in Sunday prayer and protest in front of the White House:

“Mask Required! Safe Social Distancing Enforced,” organizers instructed beforehand, and the march and rally were patrolled by marshals monitoring safety. Demonstrators were spaced out in rows, and organizers frequently paused the flow of marchers to keep buffers between them. People bunched up in places, but for the most part wore masks, including many with African-style patterns.

IMPOTUS -- the most irresponsible president ever and proud of it. 🤡

The difference between those exercising their first amendment rights to seek redress of their griveances and those Worshiping a Toad is sorta religious. The ones at the Toad Worship think God will protect them from Covid19 while the ones enjoying their Constitutional privileges know God protects by giving them a brain and expecting them to use it. You can verify this by watching the Toad Worship and the protests by counting how many participants are wearing a surgical mask at the latter and how many are wearing a bedsheet with eyeholes at the former.

NASCAR banned all rebel flags from its events. Frankly, I'm impressed. NASCAR fans are rebel flag fans and this is going to cost NASCAR money. I'm more of a Formula 1 guy, but my hat's off to NASCAR. Good on you. In honor of this milestone I will never again tell the joke about all NASCAR drivers getting exactly the same advice before every race: Go fast and turn left! That joke is now banished from my repertoire.

In all seriousness, much respect and best wishes to NASCAR. I didn't think they had it in them.

In other news the president of the United States has no problem with the flag and is against changing the names of military bases named after Confederate Generals. Trump is refighting the Civil War and has chosen to support the losing side. Brilliant

There can be tRump rallies and they can carry their racist confederate flags with them !!! Yay !!!

Perhaps if someone made confederate flag masks they would wear them?

If they rally unmasked, let them self-quarantine for the benefit of their families.

Otherwise what’s a few more deaths for a hoax, and can they also sign a slip refusing treatment for a non-health issue.

They’ll be less MAGA’s to rally, vote. T did say he loved the dumb. 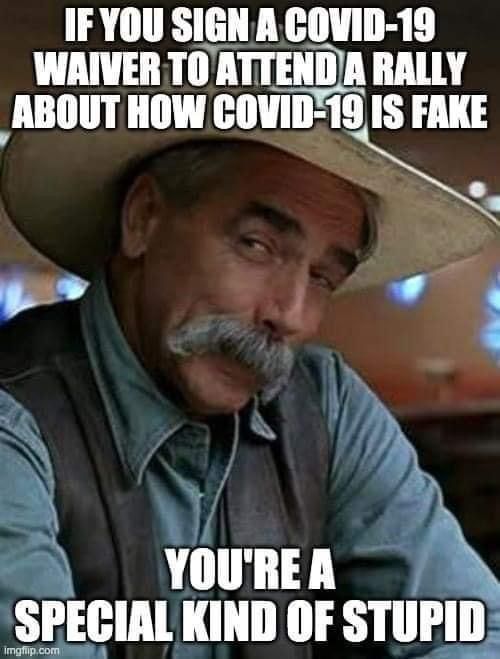 And yes, after long days/nights, I'd still like to swing these hunks of glass , plastic and silicon against the nearest wall Come on retirement!
4 Kudos
973 Views
1
Share
Report
Reply

If they rally unmasked, let them self-quarantine for the benefit of their families.

Otherwise what’s a few more deaths for a hoax, and can they also sign a slip refusing treatment for a non-health issue.

They’ll be less MAGA’s to rally, vote. T did say he loved the dumb.

3 Kudos
936 Views
0
Share
Report
Reply
Turn on suggestions
Auto-suggest helps you quickly narrow down your search results by suggesting possible matches as you type.
Showing results for
Show  only  | Search instead for
Did you mean:
Users
Announcements